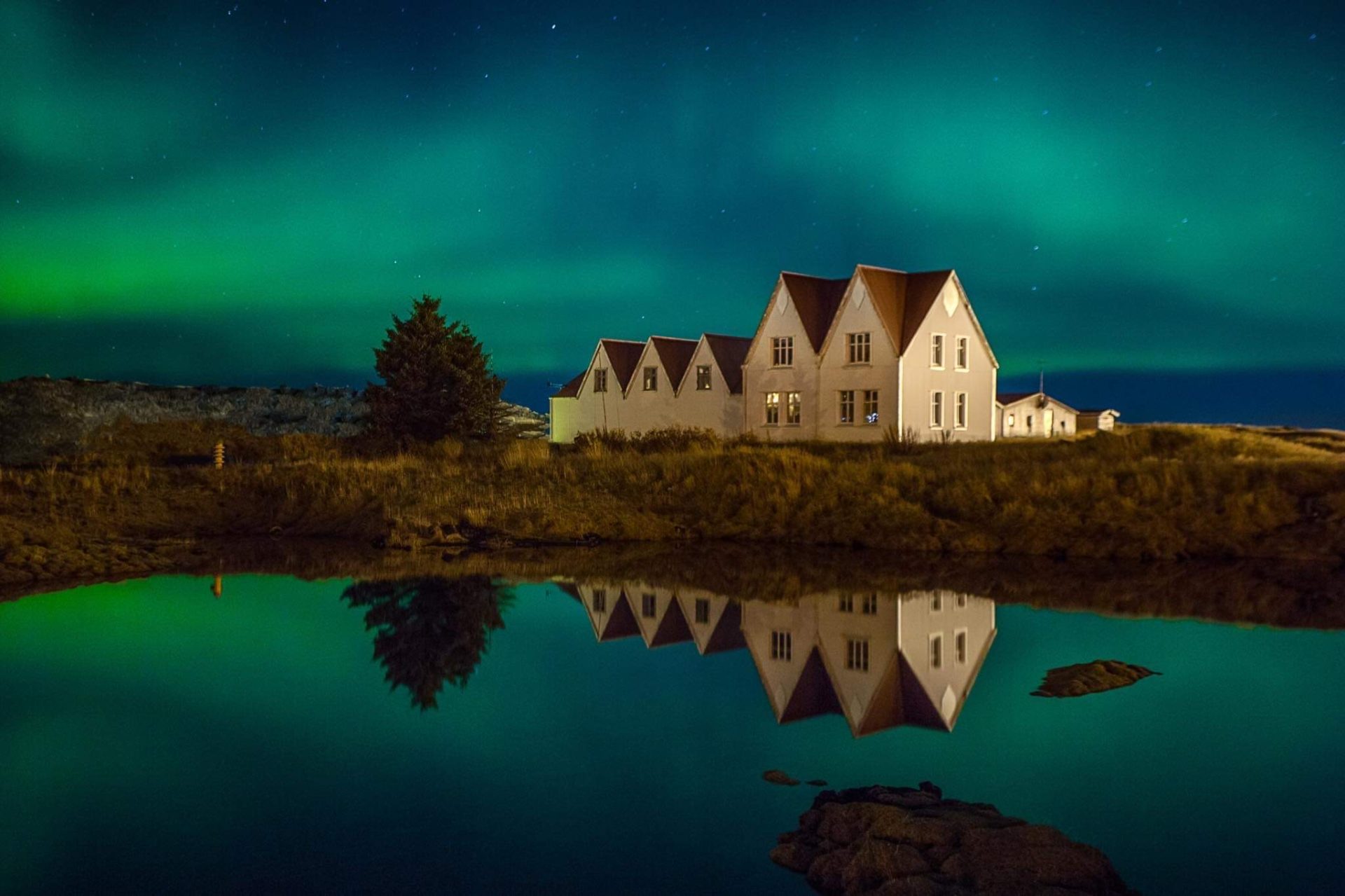 After the long drive around the ring road to Akureyri, we got to our little cosy cabin – our home in Iceland for the next three nights – and got our heads down for a good night's sleep, but not until we'd had a tasty bbq and a spell in the hot tub watching a stunning display of the Northern Lights. What a way to wrap up day three with Arctic Adventures!

Waking up to a frosty morning, we made the short drive to Strýtan Dive Centre, a PADI five-star centre operated by Erlendur Bogason for more than 25 years. Erlendur is a real character, and he is the custodian of what we had come to see – the Strýtan hydrothermal chimney.

Strýtan is the only hydrothermal chimney yet discovered that is accessible for scuba diving – all other known chimneys like this are at 2,000m–6,000m depth. Strýtan stands tall and alone in the middle of Eyjafjörður, rising from 65m to 15m. It was formed over 10,000 years ago and you can see in some areas where it’s still building. There are around 100 litres of 72°C freshwater coming from the chimney every second. Scientists say that the water is around 11,000 years old!

Strýtan was discovered hundred of years ago by old fishermen measuring the depth of the fjord with weights and a line, but when modern technology of the coast guard didn’t find them, they took them off the sea-charts and declared them non-existent in 1987. Then in 1997, Erlendur and his friend Árni Halldórsson, captain of the whale watching boat Níels Jónsson, found this giant structure together.

Before we got to dive Strýtan, we first made a dive on another hydrothermal chimney, Arnarnesstrýtan, which is much smaller and only lies in 22m-24m, but still has vents pumping out hot water from inside the Earth. The highlight of this dive are undoubtedly the wolf fish which call it home, and we found several nestling inside rocky crevices, a couple with egg balls. There are also swarms of large cod that get up close and personal, along with flatfish, starfish and more.

A surface interval in glorious sunshine followed, and we were treated to humpback whales on the surface as we munched on chocolate bars and drank warming coffee, then it was time for the main event – Strýtan.

Dropping down the rope from the boat, we came to a large submerged buoy – this is anchored to the seabed some 60m plus down. At around 22m, we came across a rope that led from this line to the chimney itself at around 25m-27m. Once on the chimney, we made countless circuits of the towering structure, slowly heading up to the highest point at 15m.

The Strýtan has an unreal presence – you feel like you are witnessing something truly ancient. The vents spewing out hot water were bizarre, and you can see ghostly white areas where the tower is still growing. There is also plenty of marine life around, but Strýtan takes all of your focus on this dive.

After the dives, we headed out to the Forest Lagoon, a geothermal spa located in Vaðlaskógur forest, a couple minutes' car drive from Akureyri. This stunning 1,300 square-metre complex includes a bistro, two infinity pools with two swim-up bars, a cold tub and a sauna.

The spa's pools are heated up with all natural geothermal water that is sourced from the mountain behind the Forest Lagoon location, Vaðlaheiði.

Back to the cabin for another BBQ and a good night's rest – tomorrow we are back to Strytan Dive Centre to go on the hunt for more wolf fish.