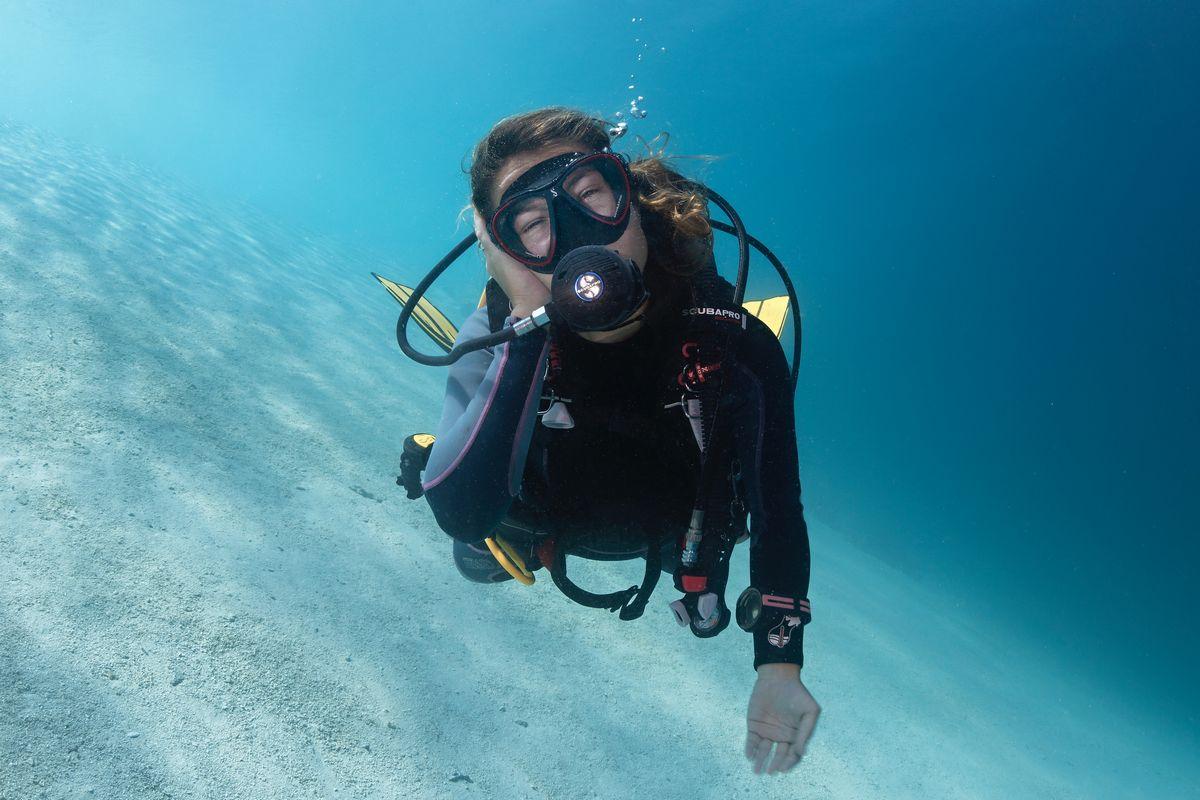 Why You Should Stay Land Based in Raja Ampat

November 2015, Italy. Gabriel**, an experienced Spanish diving instructor in his 40s, travelled to Italy with his friends by car. He is enjoying his first dive of the day using a closed-circuit rebreather. He is on trimix (oxygen, helium and nitrogen) and wears a Petrel dive computer.

By the end of his dive, he clocks up a total bottom time of 95 minutes at a depth of 40m (with 45m at maximum). His dive was uneventful, but during his ascent he felt a muffled sensation in his right ear which did not disappear right away. This was not the first time he experienced something similar, so he didn’t worry too much about it. He assumed the sensation will clear up during the forthcoming hours, as it always has. However, 30 hours go by – without any improvement. Unfortunately, Gabriel felt worse.

Two days later, he realised he can’t hear anything from his right ear after trying to use his mobile phone. He started to get worried and also experienced some postural vertigo. Gabriel felt miserable and wanted to go home. He decided to return to Spain the following day and seek medical treatment there.

Back in Spain, Gabriel stopped at the ER of a hospital. The doctors there believe it is an ear barotrauma and recommend some ibuprofen. Being an experienced diver and instructor, Gabriel tried to explain he believes it is not a ‘common’ ear barotrauma. Unfortunately, the doctors simply recommended for him to come back the following day for a more-detailed ENT check. At that point it was already late in the evening. So he returned home.

The next morning, Gabriel decided to get a second opinion from doctors specialised in diving-related illnesses and hyperbaric treatment at another hospital. He was not at all surprised when he received a new diagnosis – sudden deafness. The doctor explained the sudden deafness in a diver is not a sequel of decompression sickness, but the result of a problem with the stato-acoustic sensorineural nerve that causes a sudden loss of hearing. It’s not necessarily a dive-related condition – anybody, even non-divers, can get it.

The hyperbaric doctor prescribes him 20 sessions of hyperbaric oxygen treatment (HBOT). He also explains that it cannot be treated with classic ENT treatments, but sometimes improves or even recovers completely with hyperbaric oxygen therapy. Improvement will never happen only after one HBOT session, but good results have been produced by proceeding with the treatment for three weeks. Sometimes there is sudden restitution towards the mid or the end of the treatment period. So they start Gabriel on the HBOT.

What is sudden deafness?

In sudden sensorineural hearing loss or sudden deafness, the stato-acoustic sensorineural nerve is affected for some unexplained reason and causes rapid loss of hearing—usually in one ear—either at once or over several days. If it occurs, it is of paramount importance for patients to see a doctor immediately. Delaying diagnosis and treatment may decrease the effectiveness of treatment outcome. People often notice the hearing loss when they try to use the deafened ear, for example, when they use a phone. Dizziness and/or ringing in the ears (tinnitus) can be accompanying symptoms. Typically, adults in their 40s and 50s are affected. About 50 percent of the cases recover their hearing spontaneously usually within one to two weeks. 85 percent of patients receiving treatment recover some of their hearing. In about 15 percent of the cases the cause can be identified as an infectious disease, head injury or brain trauma, an autoimmune disease, drugs that harm the sensory cells in the inner ear, blood circulation problems, a tumour on the nerve that connects the ear to the brain, or neurologic disorders like multiple sclerosis.

The condition means complete and permanent hearing loss and therefore impairment for the majority of activities in life. Although it is a rare problem, it has been known in the diving field for many years. As mentioned earlier, it’s not a condition specifically in divers. Anybody, even non-divers, can get it. However, in divers it may be triggered by pressure changes whereas in non-divers the trigger factor can be something else.

How to treat sudden deafness

A proven and promising treatment is hyperbaric oxygen treatment (HBOT). Another common treatment in the non-diving world is with corticosteroids. They reduce inflammation, decrease swelling and help the body to fight illness. Steroids can be taken orally or can be directly injected behind the eardrum into the middle ear (intratympanic corticosteroid therapy). Additional treatment may be needed if an actual underlying cause is discovered. Infections, drug allergies or autoimmune disorders can cause the immune system to attack the inner ear. Antibiotics or other drug treatments may help.

How is sudden deafness diagnosed?

A hearing test called pure tone audiometry is the method of choice. It helps to determine whether the hearing loss is caused by sound not reaching the inner ear because something obstructs the way, or by a sensorineural deficit, meaning that the ear cannot process the sound. The diagnosis is positive if the test shows a loss of at least 30 decibels in three connected frequencies.

When in doubt, remember that the DAN Europe medical team is always at your disposal to give medical advice via its 24/7 emergency hotline.

Unfortunately, we heard from Gabriel that, despite the HBOT treatment, his hearing hasn’t returned yet. We wish him the best and hope his hearing will eventually recover.

** name changed by the author