Can you scuba dive after giving blood or while taking beta blockers? 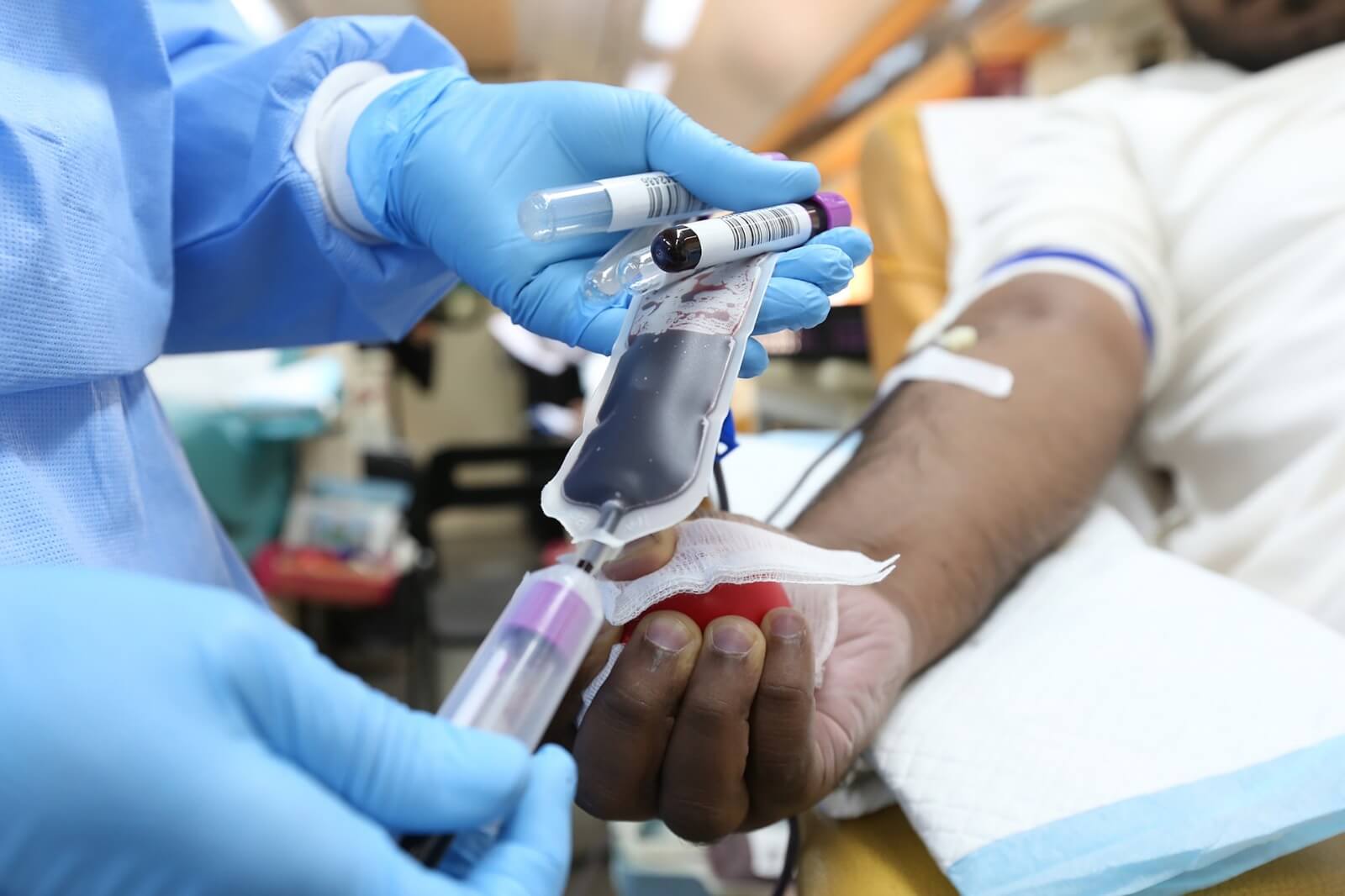 Michael Menduno offers up some sage advice on methods...

Q: I am a regular blood donor and was wondering whether you could see any reasons I can’t dive? I really want to try diving and I asked the staff at my last donation session whether it was okay, but they didn’t really know. Assuming it is possible, is there a recommended time I should leave between giving blood and diving?

A: Blood has been called the ‘river of life’ and has many functions besides be- ing a vampire’s next meal. It transports gases, nutrients, waste products, cells and proteins all over the body, as well as being important to heat regulation. Each time they take an armful of your vintage claret, your circulating volume drops by about half a litre (470mls to be precise). The average human has a total blood volume of about five litres, so we’re talking less than 10 percent of that with each donation. The body responds by moving fluid from the tissues into the circulation, so that the volume loss is replaced within 24 hours (quicker if you drink lots of fluid).

Even though the body makes about two million new red cells per second, it still takes up to eight weeks to replace all the cells that have been removed. This is why you are limited to three to four donations per year. The consequences of all this on diving are several. In the first 24 hours after a donation, you are more prone to fainting due to the reduction in your circulating volume and hence your blood pressure. (This is why you are force-fed water, tea, biscuits and preferably Guinness afterwards.) In essence, you are dehydrated.

Divers get notoriously dehydrated anyway, through immersion, breathing dry compressed gas, being cold/shivering etc, so I would certainly advise no diving within 24 hours, preferably a bit longer to be on the safe side. There is no evidence that donating blood increases your susceptibility to narcosis or oxygen toxicity. Nitrogen is dissolved in the plasma, and for various reasons the plasma volume and delivery of blood to the tissues increases after a donation. Theoretically then, the risk of DCI might increase slightly, but so many other factors are involved that the effect is probably tiny and not worth worrying about.

Q: I’m a 60-something white-haired businessman and I also freely admit to being an overweight smoker who does no exercise. After a particularly stressful day at work I was driving home and felt a bit unusual. I pulled over and noticed my shirt was drenched. Then my chest became uncomfortable… One heart attack later, I was discharged from hospital on a jarful of pills and with instructions to chill out, diet, exercise and generally remove anything exciting from my life. This was two months ago. There’s no way I’m giving up diving, but my learned dive buddy reckons that these beta blockers I’ve been put on might be harbingers of diving doom. Can you enlighten me on their particular perils, please?

A: Indeed I can. Beta receptors are distributed throughout the body, and among other things control heart rate and the strength of heart muscle contraction. Beta blockers (such as atenolol, carvedilol and in fact any other drug that ends in ‘-ol’) tend to slow the heart and reduce the force of contraction. Hence they are used to treat high-blood pressure and angina, and are often prescribed after heart attacks or heart failure to reduce said organ’s workload.

These drugs could be problematic to a diver, however, for three reasons. Firstly, by blunting the heart’s ability to respond to sudden unexpected demands (eg. strong currents) – if the heart rate has an artificial brake on it, it won’t be able to pump harder when it needs to. Secondly, we know that simply immersing a human in water causes a large amount of blood to move from the peripheral to the central circulation, and the resulting back pressure on the lungs can cause leakage of fluid into the alveoli (air-sacs), a risk thought to be elevated by beta blockers. And finally, blockage of beta receptors in the lungs may cause constriction of the airways. Ideally therefore, divers should avoid these drugs, if there are alternatives; if not, then the lowest effective dose should be used, and thorough testing carried out to ensure the above risks are minimised.