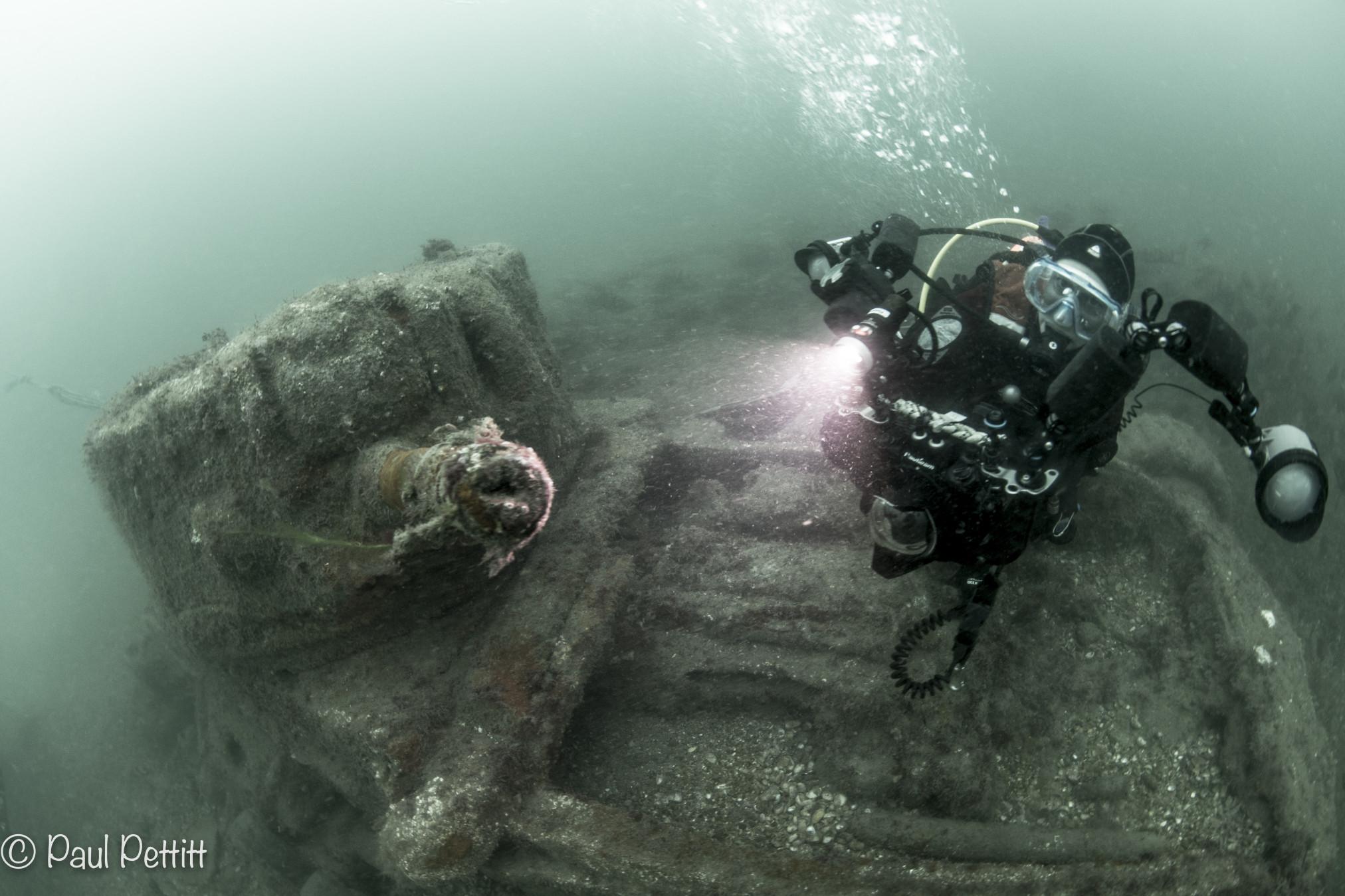 To mark the 75th anniversary of D-Day, six World War Two concrete structures built as replica landing craft for training, nine sunken army tanks, two armoured bulldozers and components of Mulberry floating harbours in Dorset, Devon and West Sussex are being granted protection by the Department for Digital, Culture, Media and Sport on the advice of Historic England.

D-Day on 6 June 1944, codenamed Operation Overlord, was the greatest combined land, air and naval operation in history. It was a massive assault by the allies to invade Nazi-occupied Western Europe during World War Two. Some 156,000 soldiers from Britain, America, Canada and France landed on the beaches of Normandy together with thousands of vehicles and supplies.

The many rehearsals and training exercises carried out along the coastline of Devon and Dorset together with the great engineering achievements of the Mulberry Harbours contributed to the success of the D-Day landings.

Culture Secretary Jeremy Wright said: “As we commemorate the 75th anniversary of D-Day, it is right that we continue to honour the memory of those who fought for peace in one of the decisive moments of World War Two. It is also right to recognise the engineering and ingenuity that enabled that offensive. By listing the landing crafts, tanks, bulldozers and floating harbours we can ensure that future generations can learn about this important moment in our history.”

Duncan Wilson, Chief Executive of Historic England said: “Evidence of D-Day planning, rehearsal and the actual operation is all around us, on our coastline and in our waters helping to tell the D-Day Story. These tanks, armoured bulldozers, Mulberry Harbour components and concrete training landing craft are important as a witness to the great engineering achievements and logistical preparations around England’s coast for the largest amphibious invasion ever undertaken, on 6 June 1944. It is vital that we protect them as a memorial for future generations.” 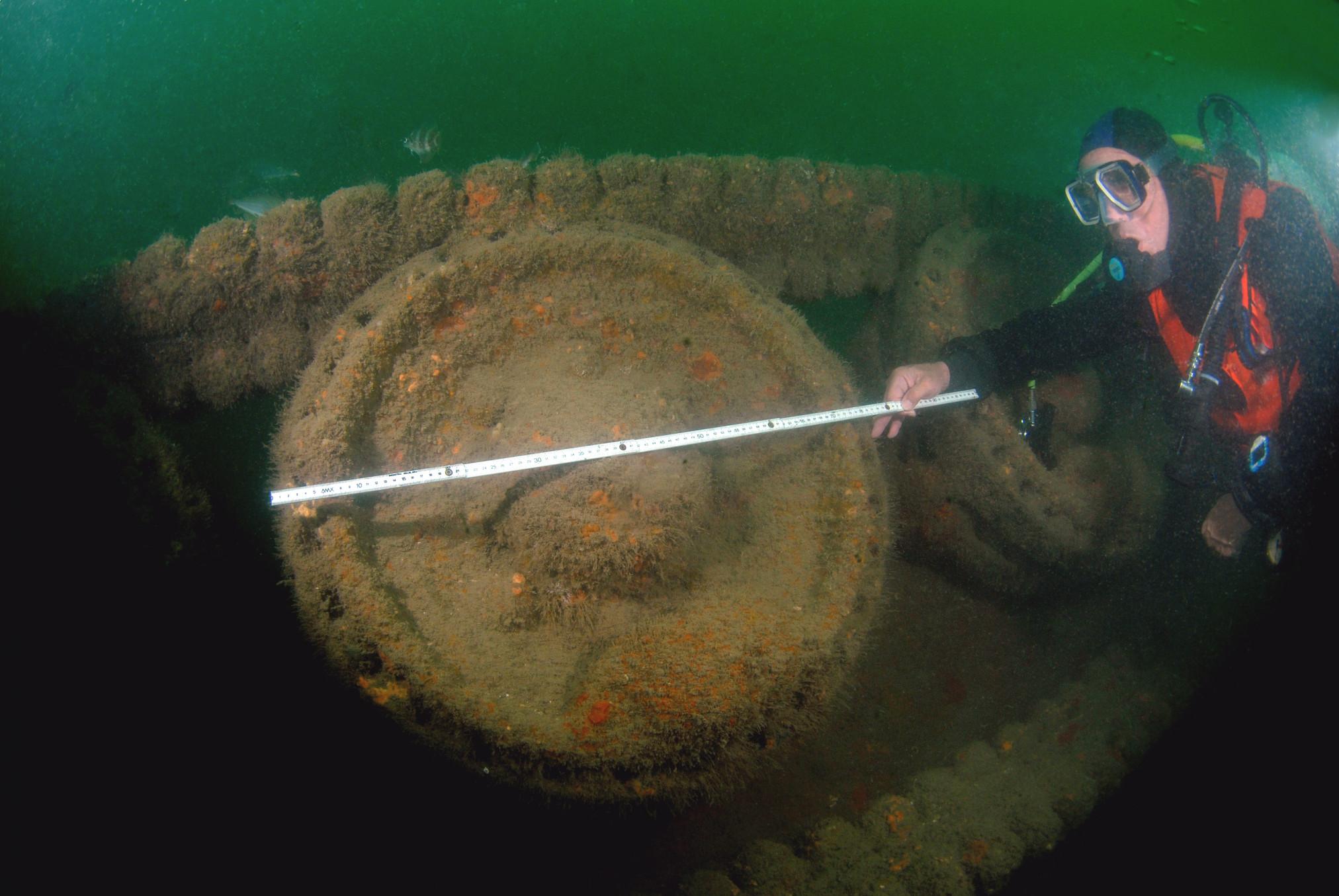 Seven army tanks known as Duplex Drive (DD) Valentine tanks were lost during this exercise, which went badly wrong. The Valentine was modified to be a ‘floating’ or amphibious tank that could leave its landing ship further out from shore than other tanks. However, during the exercise, these tanks sank with the loss of six crewmen shortly after driving off their landing craft. They ran into immediate difficulty when a sudden change in the weather adversely affected sea conditions. A valuable lesson was learned that these tanks couldn’t survive being launched too far from a beach and consequently on D-Day itself the tanks were released in shallow water.

The Valentine tanks in Poole Bay represent the largest surviving group of their type anywhere in the world.

In June 1944, the Allies opened a second front in Europe with Operation Neptune, comprising a largely amphibious invasion. In preparation for the assault, the 286-ton landing craft LCT(A)2428 was loaded with two Centaur cruiser tanks designed to fire at concrete targets such as pillboxes, two armoured D7 bulldozers designed to protect both the driver and the engine while clearing the invasion beaches of obstacles, one 4×4 car and a jeep. All the vehicles were lost on the night of 5/6 June when the landing craft broke down in the Solent while enroute to the D-Day landings in Normandy. The vessel was taken under tow but capsized, spilling into the sea its cargo of tanks and armoured bulldozers intended to support the 3rd Canadian Infantry Division landing at Juno Beach. Sometime afterwards, the upturned vessel was deliberately sunk by gunfire from its tug, several miles to the east, off Selsey Bill in West Sussex. These armoured vehicles represent the only surviving group of their type in north-west Europe.

Mulberry Harbours were considered to be a major technological and engineering achievement of their time and contributed to the success of the D-Day landings. Designed and constructed by British military engineers during World War Two, these huge artificial floating harbours were used by the Allies to rapidly land enormous amounts of supplies and equipment in Normandy following the invasion.

The component parts were towed by tugs across the Channel, assembled by the military then sunk off Normandy to form a sheltered harbour to protect unloading ships. The Mulberries consisted of four major component parts and each had a code-name: Gooseberry (a network of artificial breakwaters), Bombardon (floating breakwaters), Whale (floating piers) and Phoenix (sunken breakwaters).

The outer or far Mulberry off Pagham Harbour which has been protected is a Phoenix caisson and it is a rare type of steel-reinforced concrete unit that functioned as a sunken breakwater. Phoenix units varied in size between 2,000 and 6,000 tons. In June 1944, this particular unit was ‘parked’ off Pagham awaiting passage to Normandy. Its ballast tanks were pumped out to re-float it but as its tug wasn’t ready, the unit was re-sunk. However, during stormy weather, it swung around in the tide and became so damaged that it became unusable. It has remained in-situ ever since.

A rare concrete pier off Pagham has also been granted protection. Part of the Mulberry Harbour, this comprises a steel-reinforced concrete platform which was designed to connect to offshore pontoons allowing more than one ship to unload its cargo at any one time. It is not yet clear how this sunken pier came to be located in the shallow waters off Pagham, but it is in an area commonly known by mariners as the ‘park’, which contains a large number of submerged or ‘parked’ World War Two components that were associated with Mulberry Harbour operations. 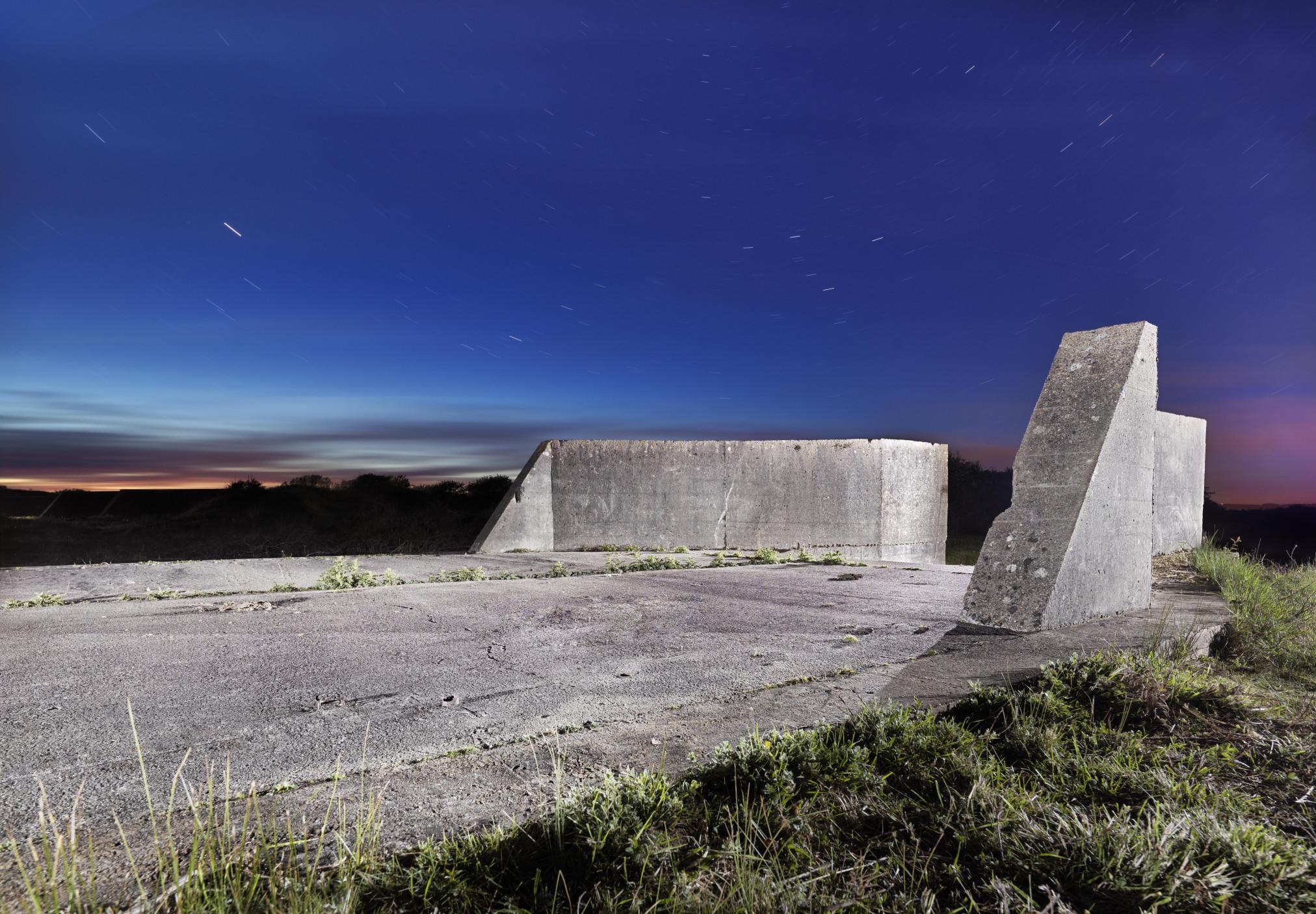 Six World War Two replica landing craft installations made of concrete and used for training American troops at Braunton Burrows in Devon have been protected. From September 1943, the North Devon coast became an Assault Training Centre for American forces as part of the preparations for an Allied attack on the Normandy beaches.

Concrete replica landing craft were based on a 1942 American modification of the British Tank Landing Craft and were designed to represent the top deck of the craft with its front ramp lowered so troops could practice the embarking and disembarking of vehicles and personnel in advance of the D-Day landings.

Additional aprons were added at the back of the craft and six-foot-high metal poles at the base edges supported either canvas or corrugated-tin screens to represent the sides of the craft.

The training structures were abandoned and a large number demolished in the late 20th century. A memorial service is held on 6 June each year at the replica craft structures at Braunton Burrows to recognise and remember the important role that the members of the Allied forces played in the liberation of Europe.

A further concrete structure newly listed at Grade II at the Assault Training Centre, to the north of the landing craft, illustrates the range of facilities offered here. The practice rocket, or ‘Bazooka’, wall was built deep within the sand dunes in 1943, a target butt for the Allied forces. A rare survival of its type, the wall is largely intact and the visible repairs provide evidence of its use.

The majority of the newly protected structures have been identified by military enthusiasts the Friends of the Assault Training Centre. They will be working with Historic England, North Devon Area of Outstanding Natural Beauty and Christie Estates to conserve and manage them after the commemoration of the 75th anniversary of D-Day on 6 June to ensure they are accessible for more people to enjoy.