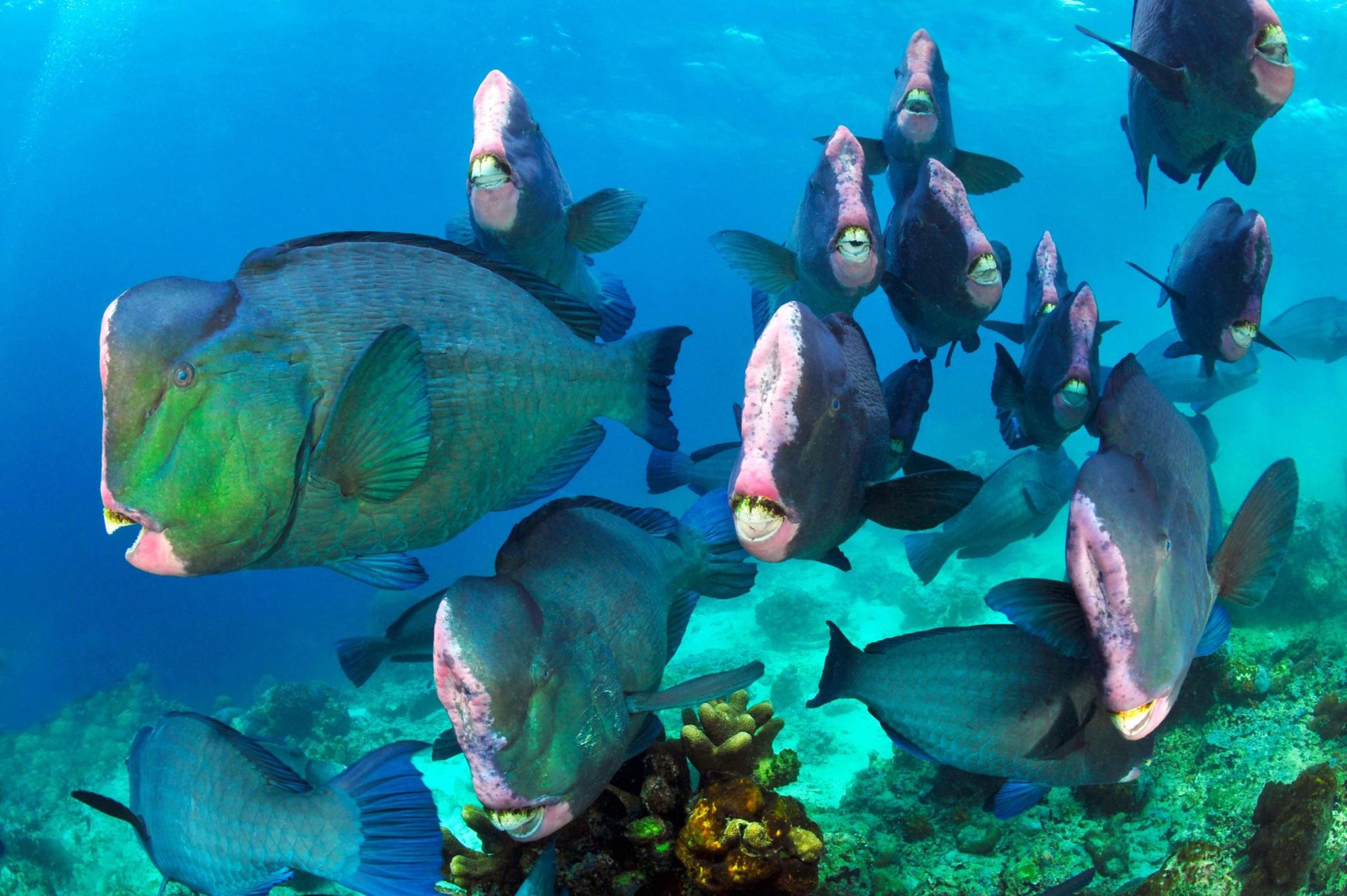 The best of both worlds The ‘dream luxury dive vacation’...

Just off the northeast coast of Sabah in Malaysian Borneo is Sipadan, an island made famous by the legendary Jacques Cousteau in his documentary Ghosts of the Sea Turtle in 1989; “I have seen other places like Sipadan, 45 years ago, but now no more. Now we have found an untouched piece of art”.

Sipadan is an oceanic island located off Sabah’s continental shelf in the Celebes Sea, the top of an extinct volcano rising 600 m from the seafloor, fringed with a natural hard coral reef.

The reef provides the lower links of a food chain which runs up through reef fish of all sizes from tiny damsels and basslets to pelagic fish including schools of barracuda and bumphead parrotfish, and larger pelagics such as hammerhead sharks that come cruising by from deeper waters in this ancient ocean basin. It also lies almost at the centre of the Coral Triangle known for its massive marine biodiversity.

Just a few hundred metres across, it is also an ancient turtle nesting ground supporting between two and three hundred nesting turtles at any given time. Diving Sipadan you will almost certainly encounter turtles resting, grazing, and swimming, as well as a host of golden batfish, a tornado of barracuda, a valley of white tipped reefs sharks, and a herd of bump head parrotfish, very much akin to a herd of bison, which seem to be forever stampeding round and round the island.

Add to this the coral reefs and a plethora of larger reef fish like unicorns, surgeons and six bar angels and you’ll know why even four dives a day is simply not enough.

Its location at the centre of the Coral Triangle does make it very special, but what keeps Sipadan special is the protection it is now afforded by the Malaysian Government.

In the years since its discovery by Jacque-Yves Cousteau in the late 1980s, dive tourism almost ruined Sipadan. There was once a dive resort on the island, as well as hordes of divers from surrounding resorts visiting it daily.

But it all got too much and in 2004 a decision was made to close the resort and to limit the number of divers to just 120 per day. Now a permit system is in place, with each local dive operator given enough permits to fill just a small boat each day, and the places are allocated to dive guests on the basis of their stay’s duration. For example, you might stay five days at a resort and get two days diving Sipadan.

So, what happens on the other days I hear you ask? Well even without Sipadan, the east coast of Sabah is a great place to dive.

The two islands closest to Sipadan (just 30 minutes by boat), Mabul and Kapalai, sport a number of resorts and also many natural and artificial reefs. The artificial reefs are well worth a visit in themselves – some absurdly constructed as some sort of adventure playground that you might find in a monkey exhibit in a zoo rather than in an underwater setting. (I guess it’s hard to ask a fish how they would like their artificial reefs designed). Either way, they do attract all manner of marine life.

Mabul is also famous for muck diving, home to several natural reefs with names like: Froggy’s (where you might find frogfish), Ribbon Valley (ribbon eels!), Stingray City (- you guessed it!), Eel Garden (another giveaway) and finally Lobster Wall (actually no! No lobsters but lots of morays.)

Mabul and Kapalai are great islands to base yourself for easy access to Sipadan and great diving on their own fringing reefs. On Mabul you will find a range of resorts to suit most budgets, including Borneo Divers, Scuba Junkie, Mabul Water Bungalows, Sipadan Mabul Resort and on Kapalai, Sipadan Kapalai Resort.

There is also the Seaventures Dive Rig – a repurposed oil rig that stands in about 24 m of water about 1 km off Mabul. It is probably the only dive resort in the world where you take a lift down to the House Reef.

You don’t need to stay on Sipadan’s doorstep to dive there: other options to grab a couple of days on Sipadan are the mainland port of Semporna, and some of the luxury resorts on the islands just north of it. Obviously, the commute to Sipadan is longer, but the accommodation options are much wider in Semporna, especially at the budget end.

So yes, Sipadan is a very special place that will give you a very special dive experience and hopefully one that will stay that way for a long time. The whole area deserves a place high on everyone’s bucket list.

In terms of marine conservation, Sipadan is a success story. It shows you can stop the clock and even start to wind it back. But it requires bold decisions and commitment.

For information on how to book a dive holiday to Malaysian Borneo and Sipadan, contact the experienced travel consultants at Diveplanit Travel. Email: enquiries@diveplanit.com Phone: 1800 607 913

“I have seen other places like Sipadan, 45 years ago, but now no more. Now we have found an untouched piece of art” Jacques Cousteau

Top Tip: Remember to book well in advance (at least six months) to lock in your dive days on Sipadan.