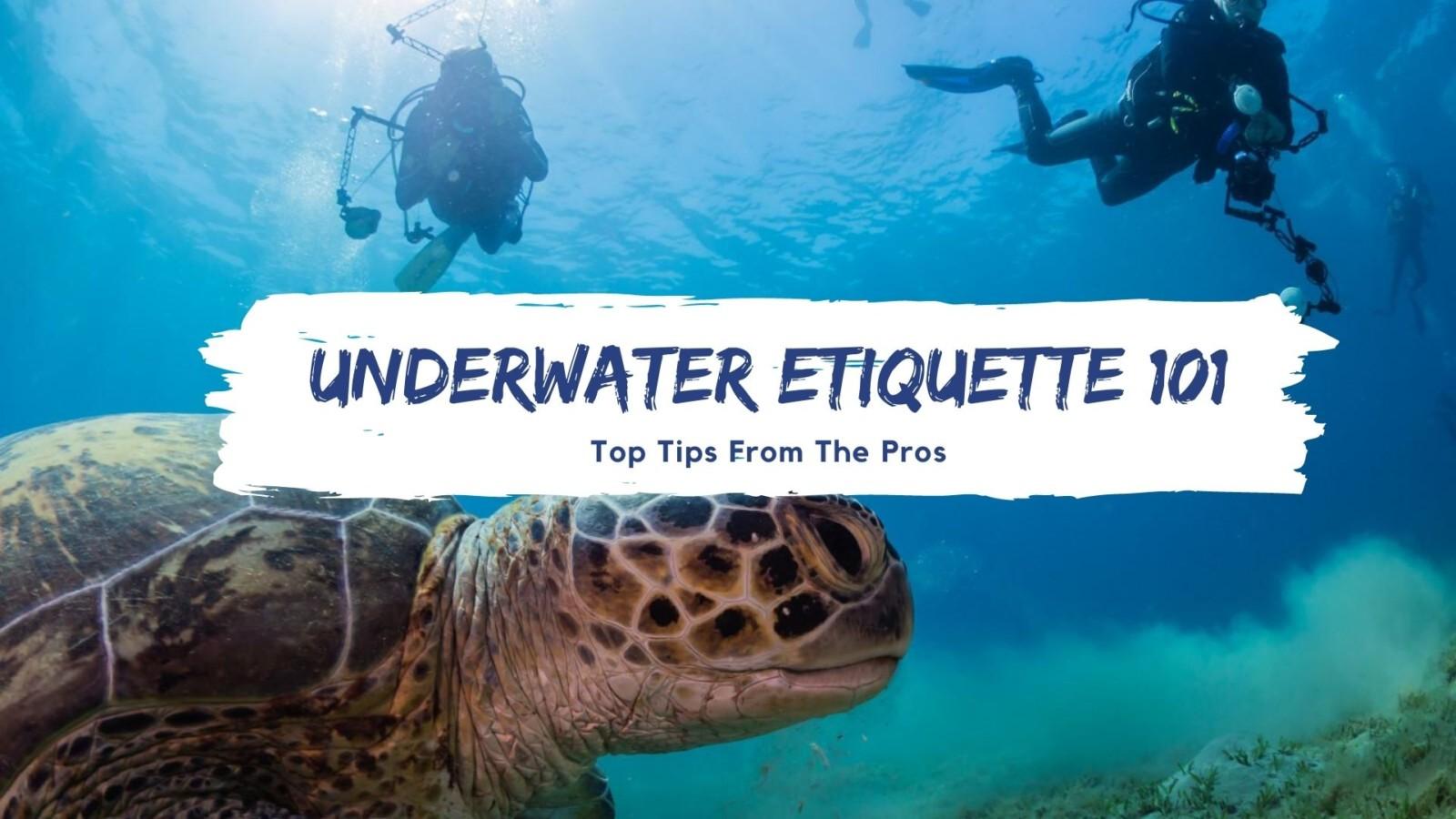 Anne and Phil Medcalf explain how good underwater etiquette and better behaviour can help underwater photographers get on with one another and other divers. 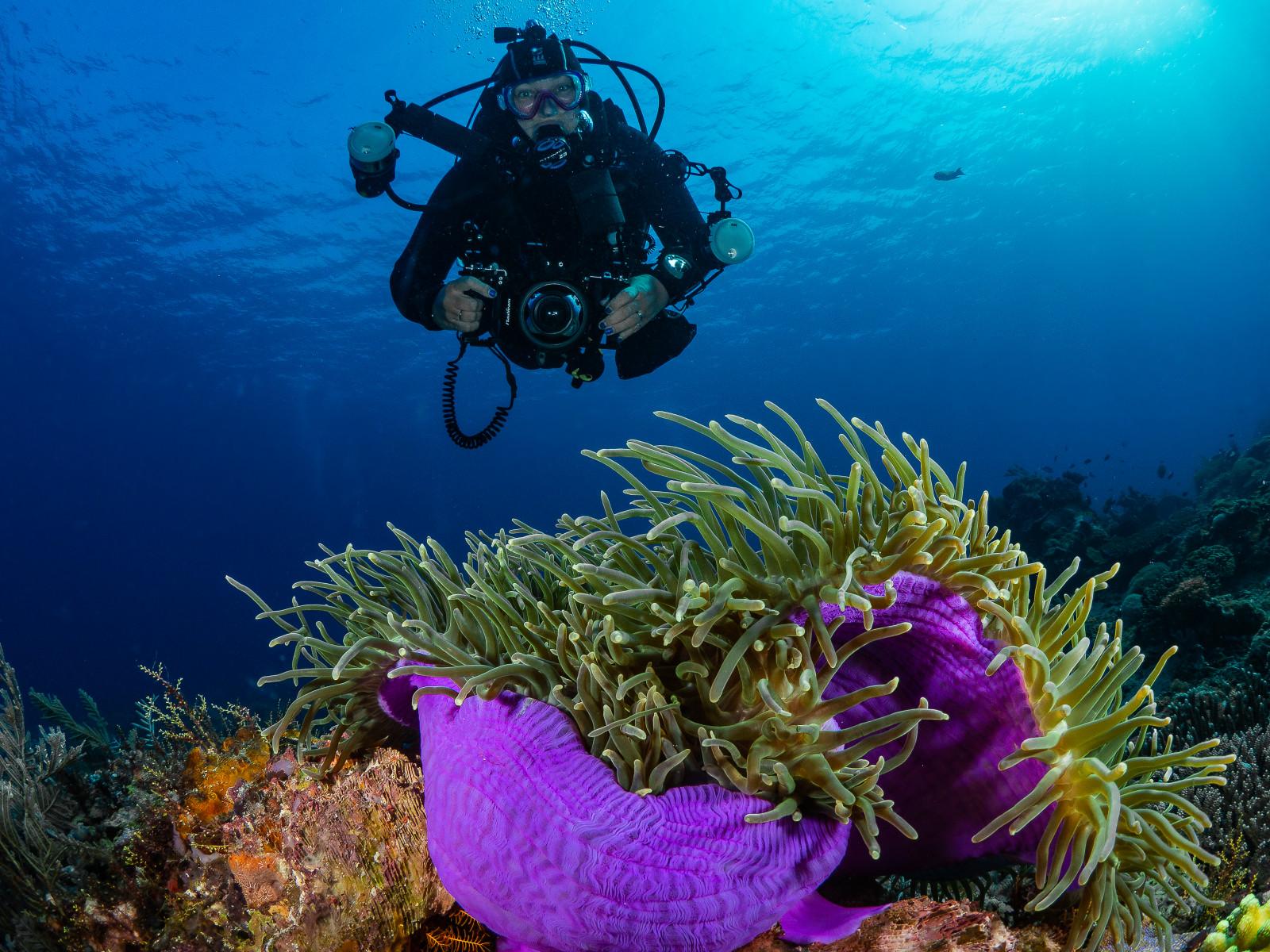 It’s clear from listening to divers who do or do not take pictures underwater that there are some things that can cause annoyance among both groups and these can strain relations both in discussion and on trips. Some of these issues can lead to such severe schisms on diving holidays or social media that they can put a real damper on things. From personal experience I know of underwater photographers who will not dive with each other, or even book on the same photography trips, while many non-underwater photographers consider us camera-users to be anathema and will avoid buddying with us at all costs.

Some problems are hard to avoid. Underwater photographers have a tendency to move much more slowly on dives, so it’s worth exercising some judgement when planning dives and working out who is in a guided group. If you have a plan to stay in one place for the whole dive to get a particular photograph, then you need to let the rest of the group know. A keen macro photographer isn’t an ideal buddy for your first dive on the wreck of the Thistlegorm, as they won’t cover a lot of ground, so a buddy swap to ensure you enjoy seeing more of the wreck should be planned. 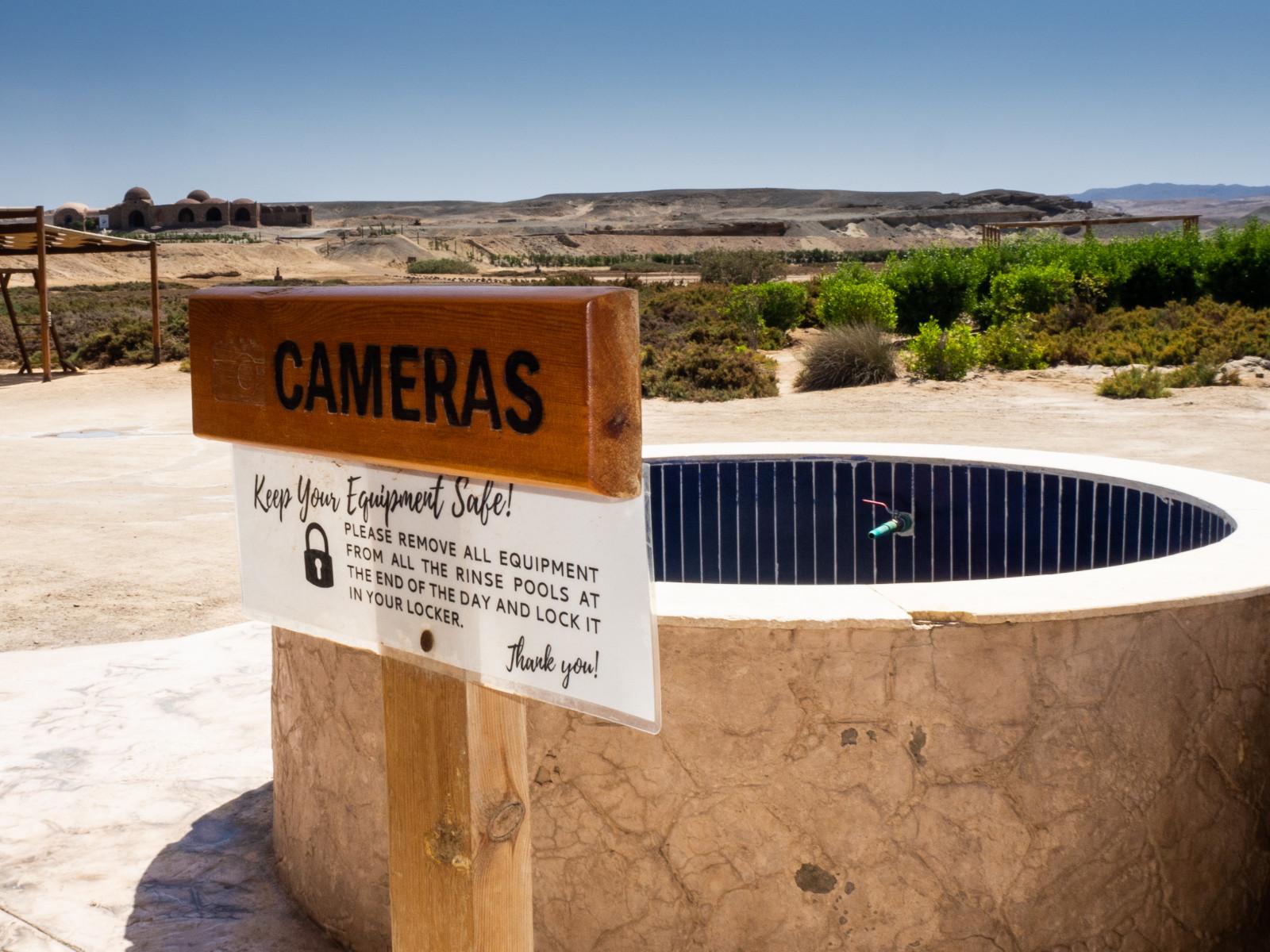 Simple things can infuriate members of the diving community when it comes to photography.

Who would’ve thought that rinse tanks could be so divisive, but wash your mask in the camera tank and watch the reaction – even worse if someone drops their BCD on top of a camera! Remember that as a photographer, you will take up more space due to having more kit so try to keep things tidy, especially when diving on boats where there is little space. This can also allow yourself some peace of mind, as if you keep your camera tucked in your dive box it is unlikely to get damaged by being knocked over or sat on.

Making efforts to consider your fellow divers, whether they have cameras or not, will make for better dives. How you behave towards marine life is a big consideration. Hopefully very few people will deliberately set out to disturb marine creatures, but often it can be seen happening on dives by mistake. Being aware of where you are going and how you approach and move away from animals has a big impact. 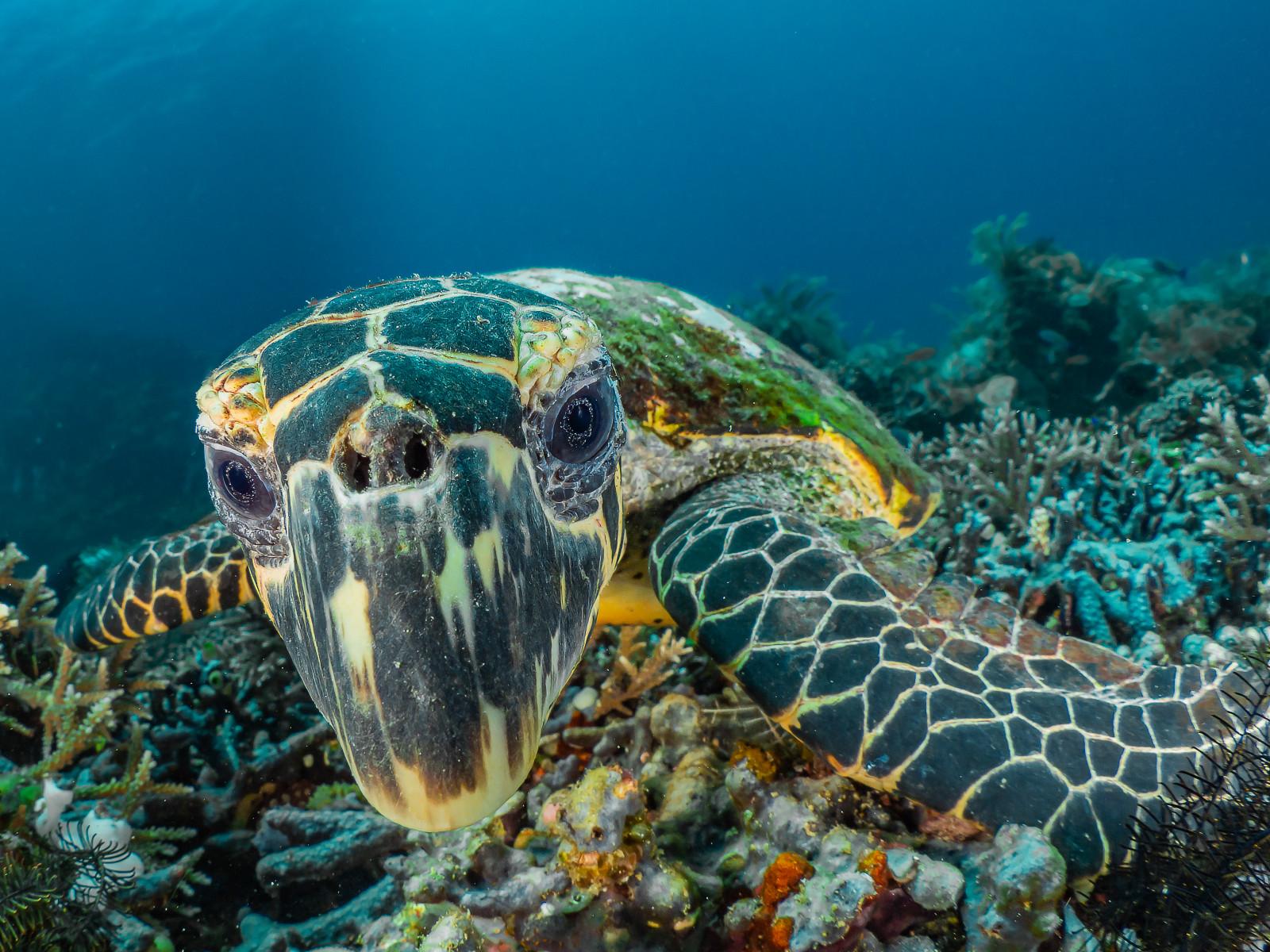 A classic instance is when someone is looking at or taking pictures of an animal and then moves away over the top of it, causing it to retreat into a hole or swim away before the next person can get a look at it. Turtles are a good example. They are a favourite creature with a lot of divers and especially among those who are seeing them for the first time ‘turtle fever’ can set it in, divers swim straight at the turtle no matter which way it is facing. This very often results in the turtle spooking and swimming off, to the annoyance of the other divers in the group.

Moving slowly, keeping low but not touching the bottom and positioning yourself at the front of the turtle before you come close is the best way to reduce the chances of it bolting away. Turtle’s main predators in many parts of the world are tiger sharks, which attack them from behind. If you approach from the back or side, the turtle will likely mistake you for a predator and swim away. Come from the front and you’ll get better pictures and the turtle will more likely hang around for the other divers in your group to see. 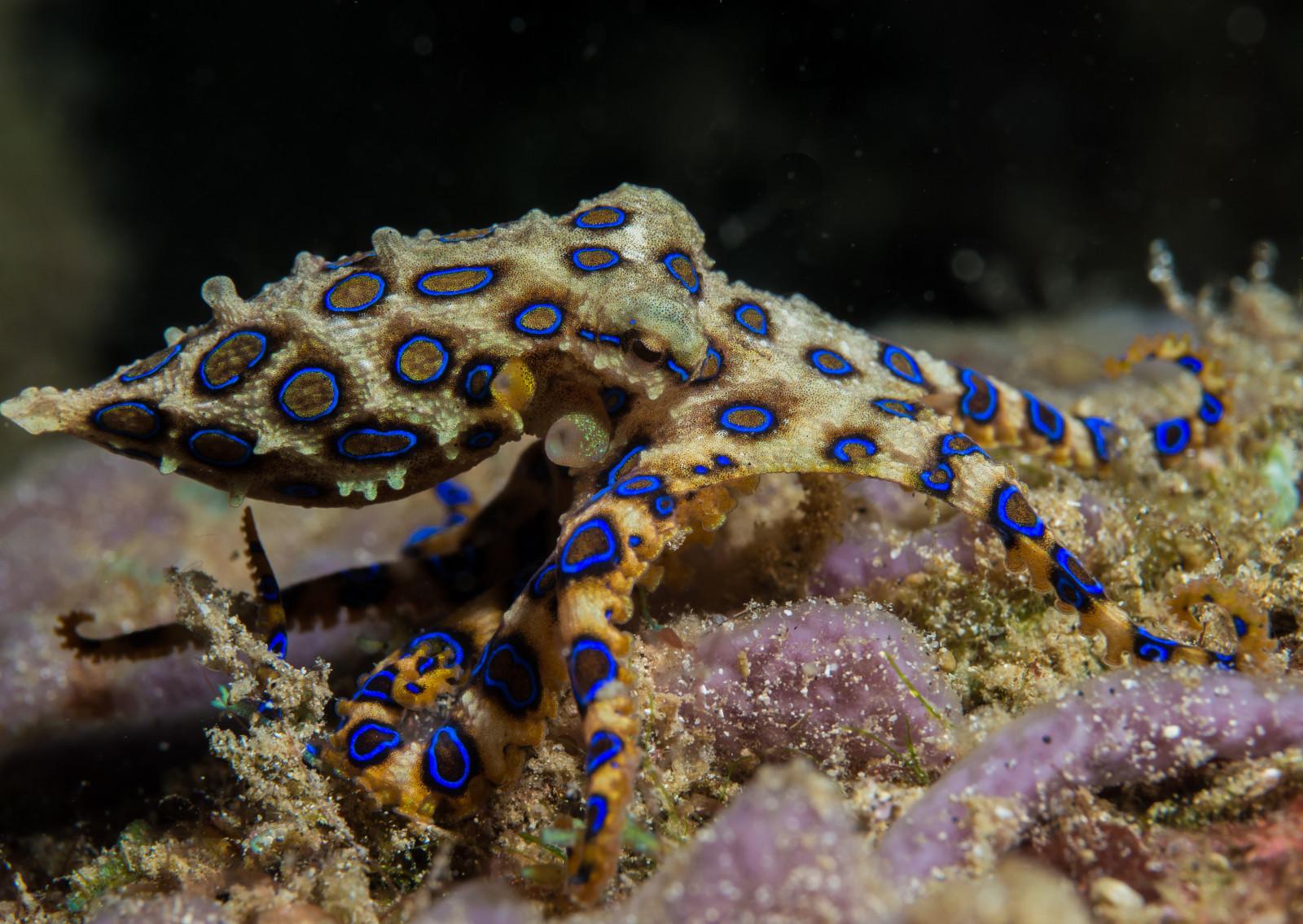 Always bear in mind that unless you are diving solo or with a paid guide, you’ve at least got a buddy who will want to see things and maybe take some pictures. Don’t hog the subjects, take some shots and then if there is a queue move on to something else. But this should be even handed, before a dive it’s best to establish ground rules with buddies and/or other members of your guided group that you’ll all give everyone an opportunity with each subject by limiting time or shots.

If you don’t do this, you’ll find that people won’t want to buddy with you and may well ask to change to another guide. This also gives you time to review your pictures so that if you want to try a different approach or camera settings, then you can return to the subject when others have taken their photos. 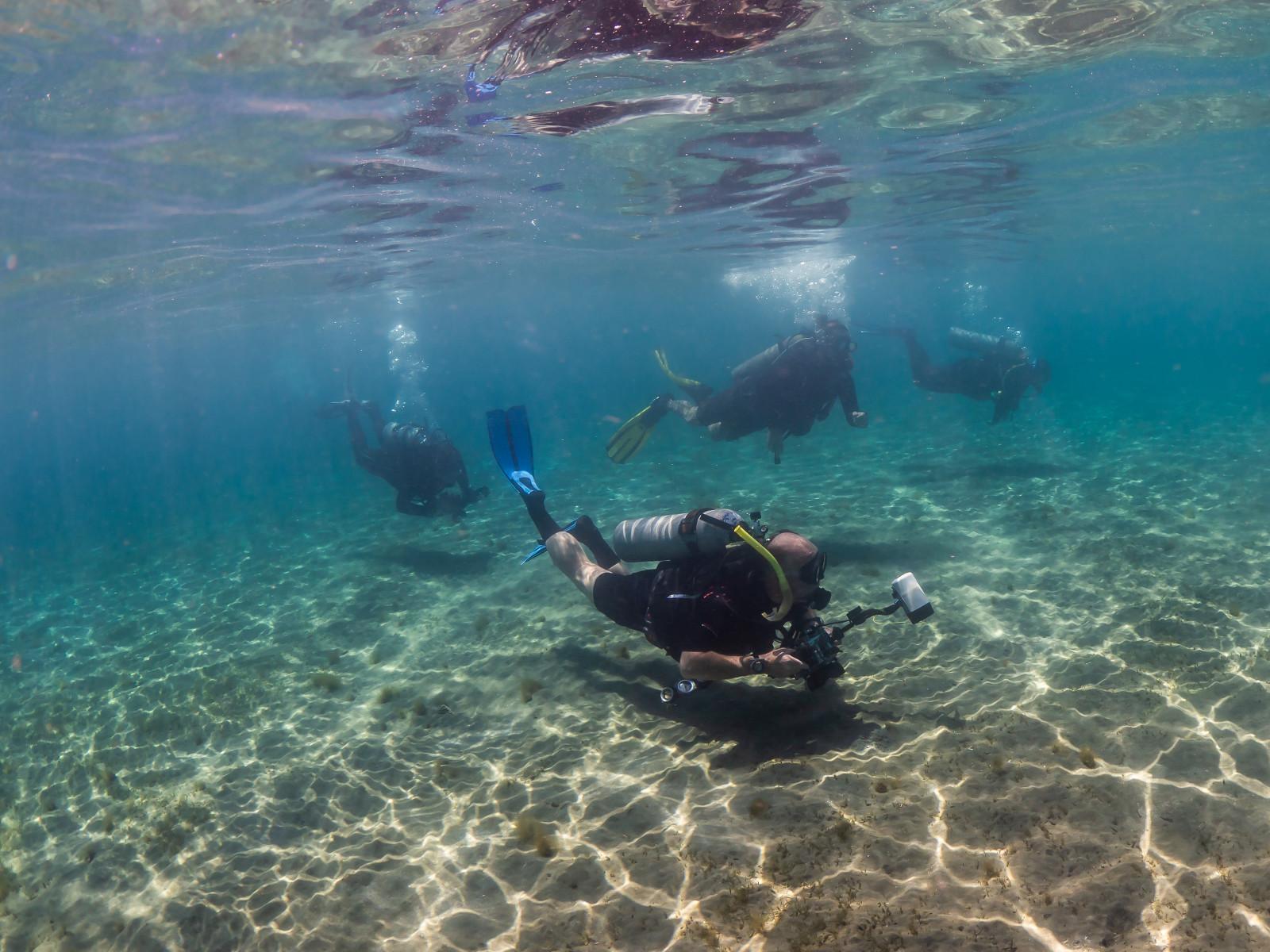 Resting on the bottom is a subject of great debate both within and outside of underwater photography, mentioning it on social media is an ideal way to start an argument. Generally lying on live coral is not considered appropriate, but sand is often seen as being okay to kneel or lie on when taking pictures or doing other tasks. But there are good reasons to not do this and some in particular apply to how it impacts on other divers.

It is often argued that there are creatures on the sand that could be harmed by divers resting on them and this is certainly true, although the classic counter argument is that if you shore dive, you are damaging marine life by walking in and that’s perfectly valid. It’s good practice to minimise the damage you do in general but the other reasons to not rest on the bottom even if it is sandy are pretty strong. 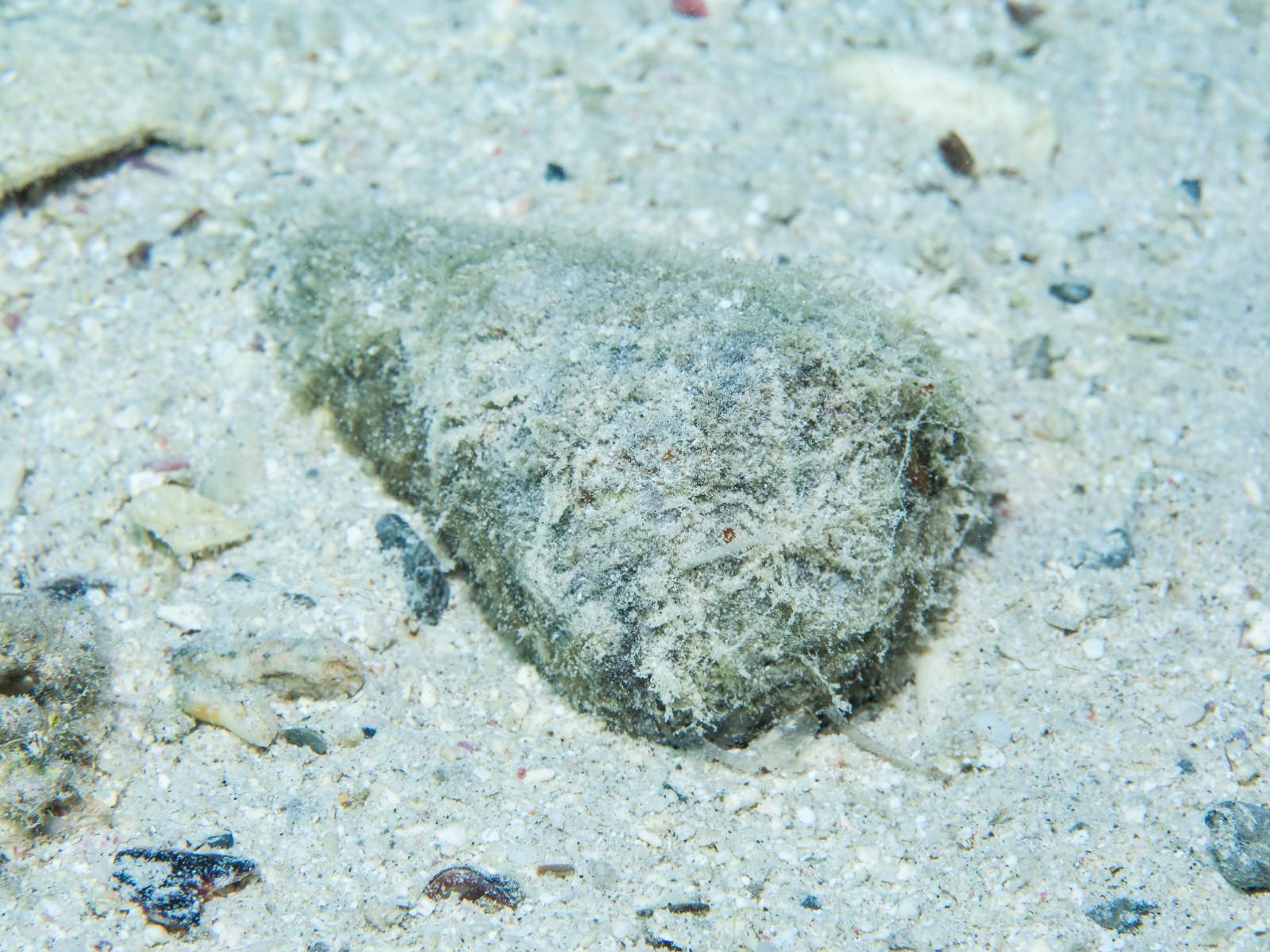 Firstly, in most parts of the world there are marine creatures that live in the sand that are capable of doing harm to you. Weeverfish, stonefish and cone shells all like to conceal themselves on a sandy sea bed. An injury could ruin your holiday and at worst kill you. And if you have to be hospitalised during a liveaboard trip because you knelt on something during a dive, sympathy from other guests may not be forthcoming when their holiday is cut short to rush you back to a medical facility.

For a group of photographers someone resting on the sand also spells the annoyance of them moving off in a cloud of debris which spoils everyone else’s photographs but usually not the culprits. By rooting themselves to one spot while taking pictures they are also doing their photography a disservice because they are losing the manoeuvrability that being able to move in three dimensions gives underwater photographers which every land-bound photographer would envy and only a skilled drone pilot can really match. 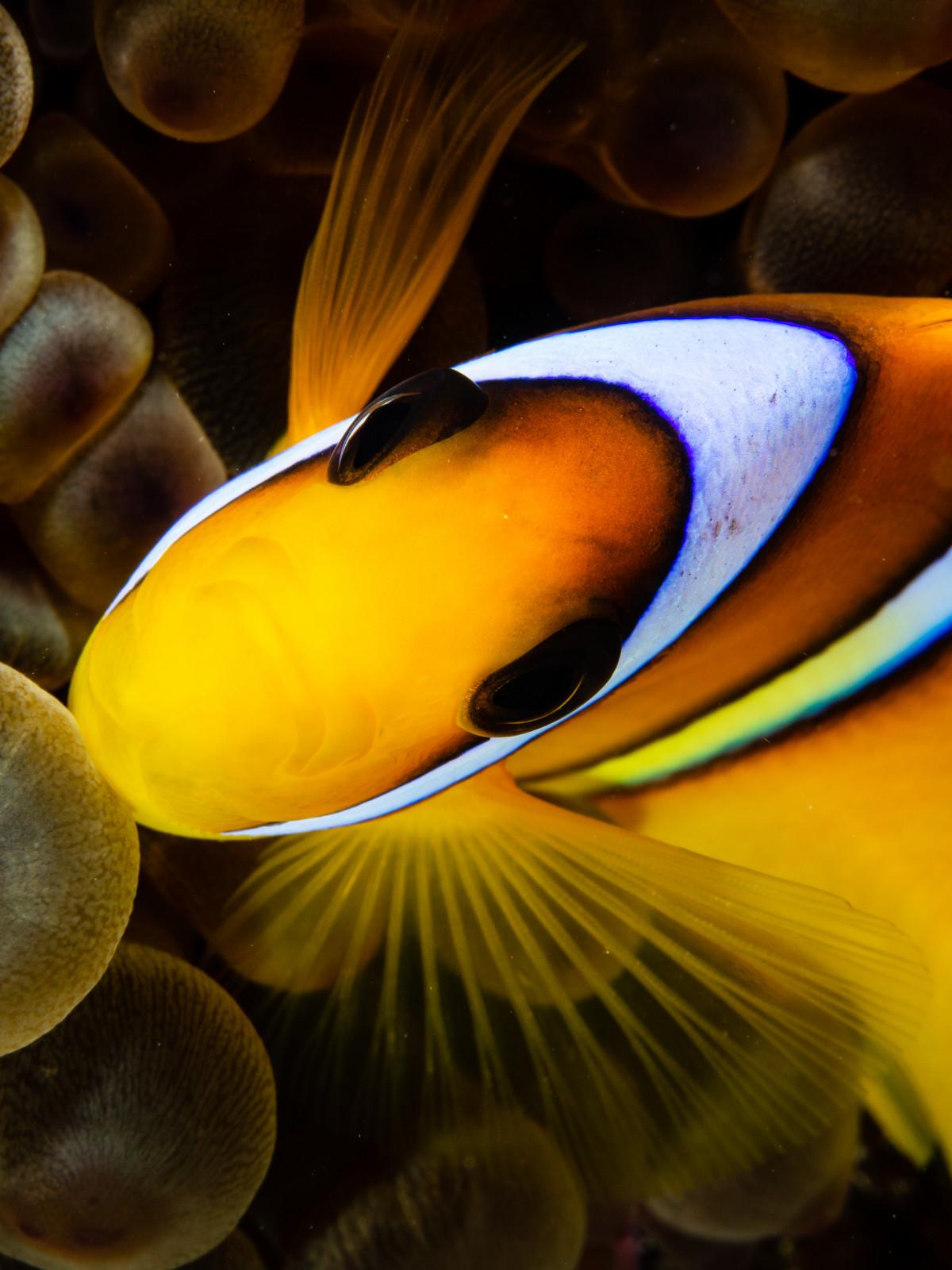 Get used to using helicopter turns in the water and back-finning to make sure you are not having to push away from the subject although if you are struggling to move away without crashing into coral or stirring up the bottom, then use just one or two fingers on some bare rock to push gently away without raising a cloud of sand.

If your buddy or group are using a wide angle or fisheye lens, then do try to stay out of their field of view unless you are modelling for them, although we all drift a wayward fin into other’s shots now and again! If you are diving with a non-photographer you can’t expect them to know just how wide a view a fisheye lens has, so do speak to them pre-dive so they realise where they will be in your shot, although it is also good to take some pictures of them too and share these with them. 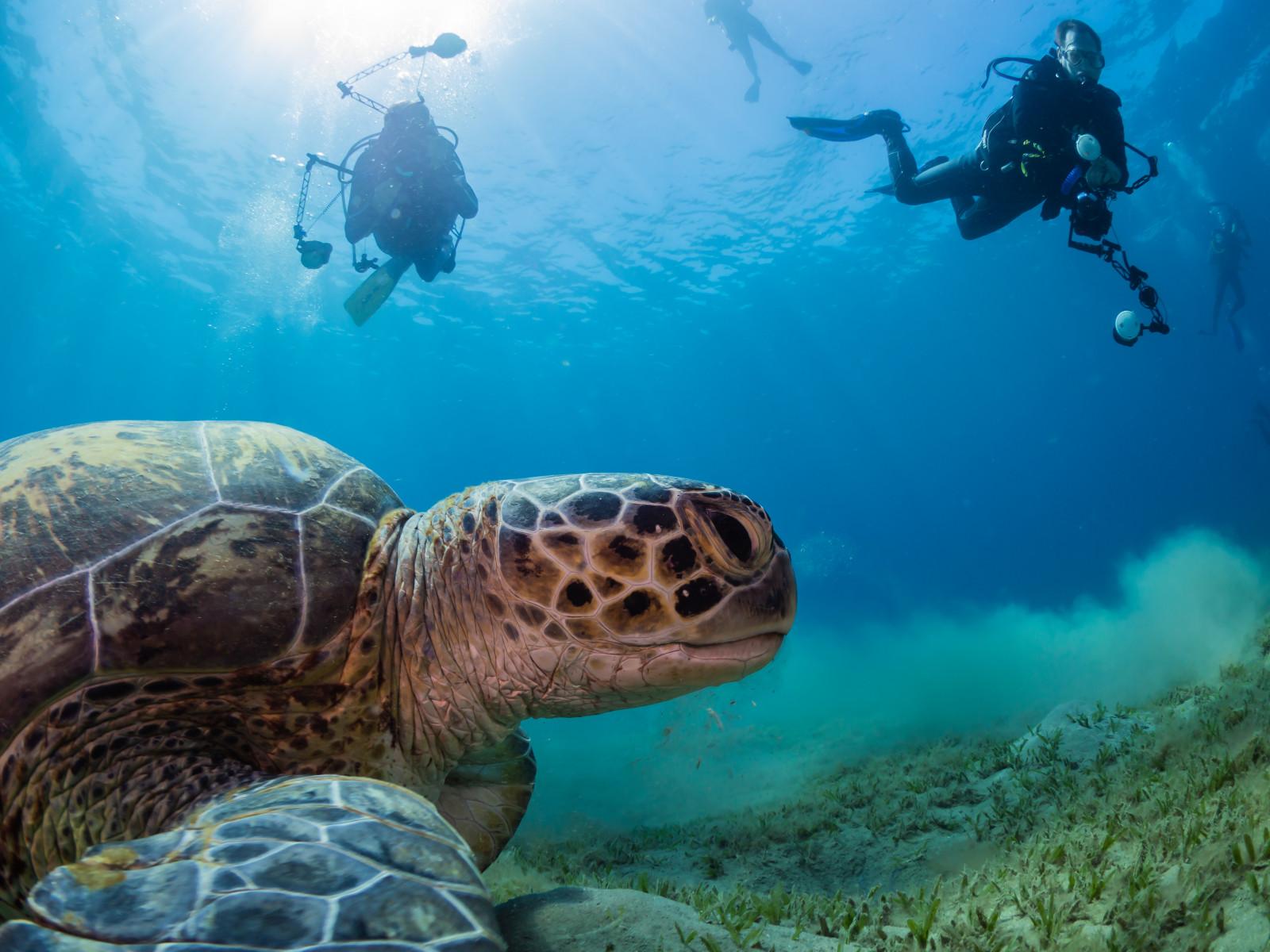 Lighting can also cause some issues, strobes are generally less disturbing to marine life but constant flashes of light can get a little annoying for other divers. If you have video lights then be aware of where they are shining, you don’t want your buddies to be seeing the dive through an after-image of your lights when they have been accidentally shone in their eyes. Also consider the effect your constant light is having on the marine life, if it looks disturbed and is retreating away from your lights, then move them away so others get the chance to see the subject.

Most divers are underwater for the same reasons, to see marine creatures, wrecks and enjoy life beneath the sea, so we should all try to get along. If you are diving in a mixed group of photographers and non-photographers, you will likely need to make some compromises. Choosing a location where unguided or even if qualified, solo diving is an option can remove some of the stresses that us ‘toggers’ suffer and sometimes cause on diving trips. 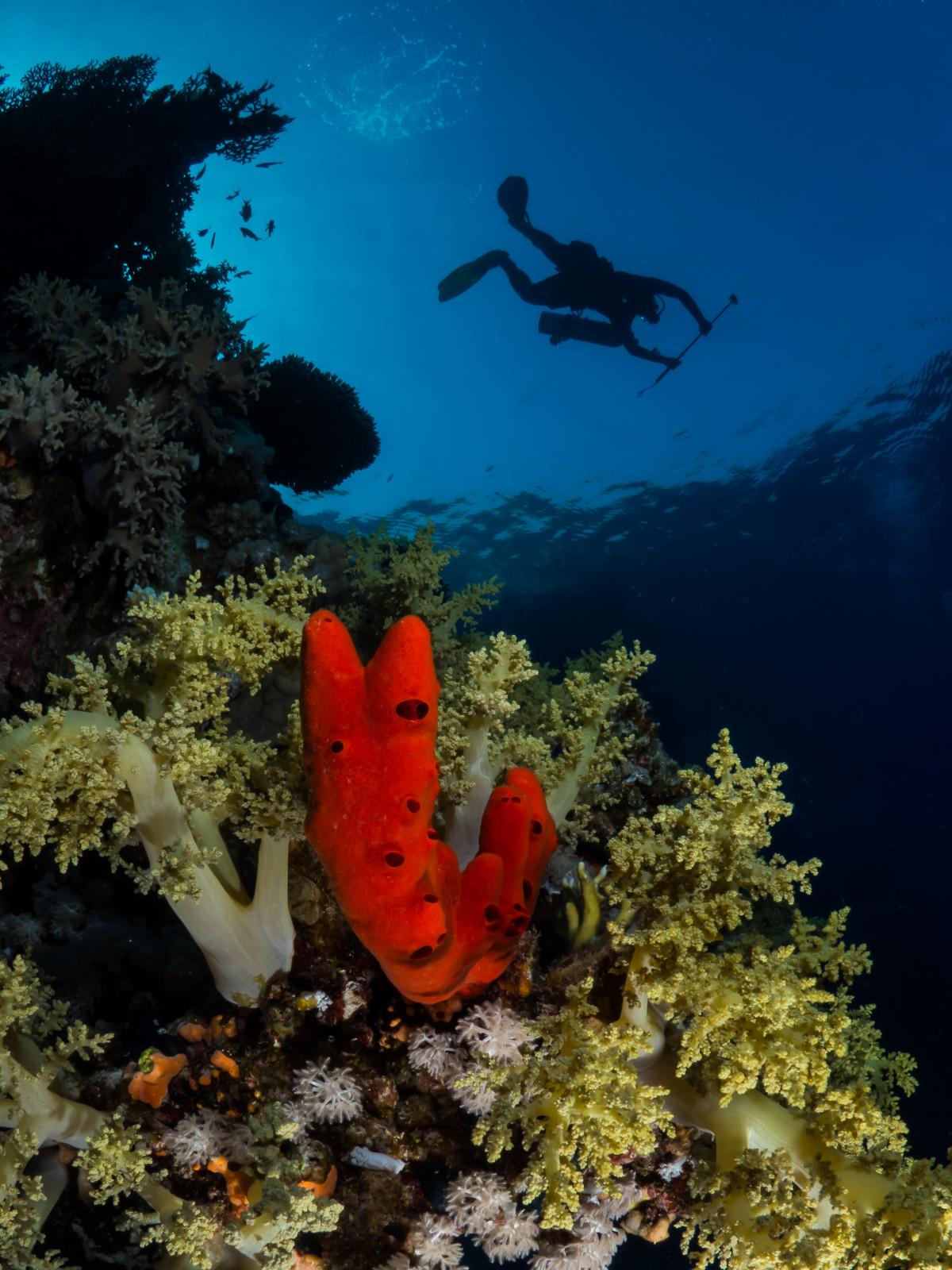 This is also often why diving holidays are booked with fellow camera users and there are many options of specialist underwater photography trips which will meet the needs of anybody from beginner to serious photographer. These trips also give the opportunity to pick up new ideas to improve your images from fellow guests, as well as the photographers leading them. Being among like-minded individuals is also a head start in having a good trip without the annoyances of a standard dive trip where scheduling and guiding may not be as suited to taking pictures underwater.

Photographs by Anne and Phil Medcalf