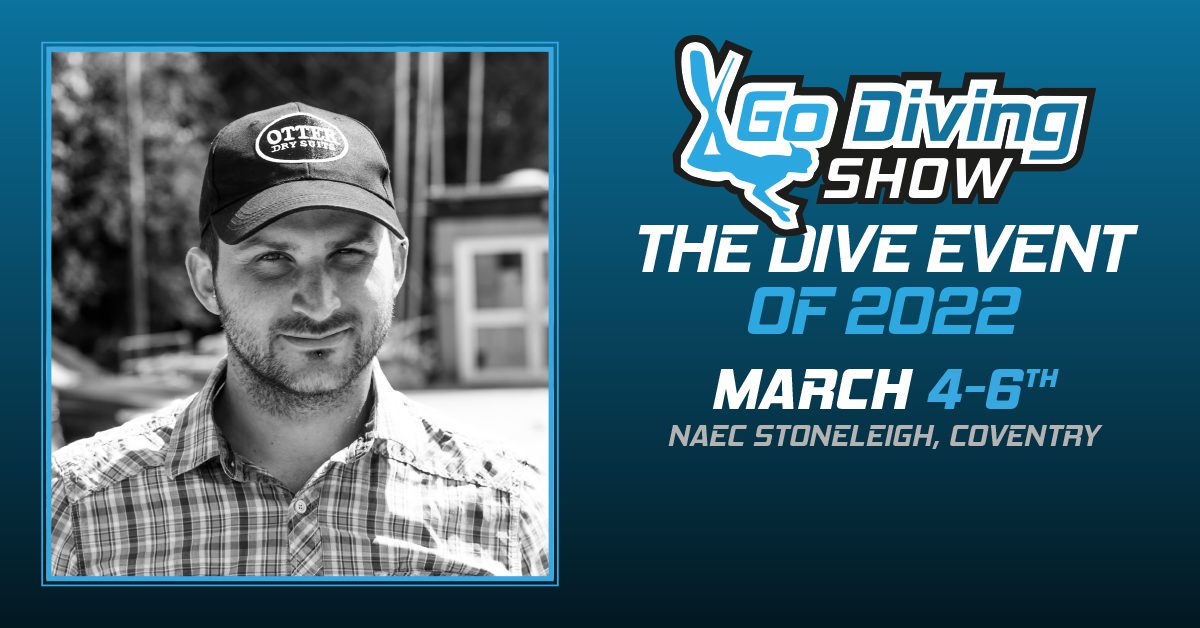 Growing up in a Mendip village, Marcus explored the outdoors from a very young age. His mother worked at an outdoor-pursuits centre, and Marcus started caving and climbing at five. He swam regularly in the local pool with his elder brother and father.

Both brothers aspired to serve their country in the British Army, but were rejected on medical grounds. Losing direction, Marcus’ mother arranged a trydive and in sixth form, scuba diving was an extra-curricular activity, but sixth form wasn’t for Marcus and diving was shelved.

Ten years later, caver Marcus was captivated by Wes C Skiles’ National Geographic image in Diepolder Cave. He then knew what he wanted to do – he wanted to cave dive!

With only dry caving knowledge, a BSAC scuba diver housemate provided advice. Bank of mum funded his enrolment on the next BSAC Ocean Diver intake at the local club, during which time he received his first digital camera, a compact hand-me-down from his step-father. A housing discovered for only £40 fixed Marcus’ bond between diving and photography.

Marcus dived from the club RIB off the South Coast building experience through single-tank recreational dives. The club was wary of technical diving and the demands of helium and rebreathers, so Marcus enrolled on his first non-BSAC course, IANTD Advanced Recreational Trimix.

Excited by twinset redundancy and the extra opportunities afforded by trimix and accelerated deco, he focused on deeper and longer dives. Open circuit trimix was expensive and BSAC club horror stories of rebreathers slowed Marcus’ diving progression. Until he was invited on a trip to the Sound of Mull.

Most weekends were spent building hours and depth. On one such dive, supreme underwater photographer Steve Jones shared the art of high ISO ambient light shooting in the dark, clear depths of Chepstow. Drawing on Steve’s expert advice, on his next dive to the bottom, Marcus captured an image that won him first place in the Underwater Photographer of the Year at his first attempt.

A chance encounter on a Scapa boat then introduced Marcus to fellow underwater photographer Simon Brown, who Marcus subsequently watched him present his 3D modelling work at a dive show. A planned trip to Chepstow inspired Simon to ask Marcus to capture a series of 2D images, extending a 3D model of the area. With nothing else to do while off-gassing, Marcus happily obliged – and a passion for 3D modelling supplanted traditional photography.

Inspired, Marcus turned every dive into a 3D scanning dive, covering NDAC, Vobster, Malta, the Sound of Mull and Truk Lagoon. Lockdown-2020 saw Marcus sharing his knowledge in online workshops with over 200 attendees. He focused on breaking down perceived barriers surrounding this new technology and attracted many new participants. A recognised expert, Marcus is a key member of the Vobster Photogrammetry, Truk Wreck Baseline, and Explore Seascapes Tyne-Tees projects.

Marcus’ dream of becoming a cave diver has still yet to come to fruition.

You will be able to catch Marcus' talk on the Tech Stage at the GO Diving Show on Sunday at 4pm-4.45pm. Book your tickets for the ultimate UK diving event – sponsored by Tobago Beyond – right now!