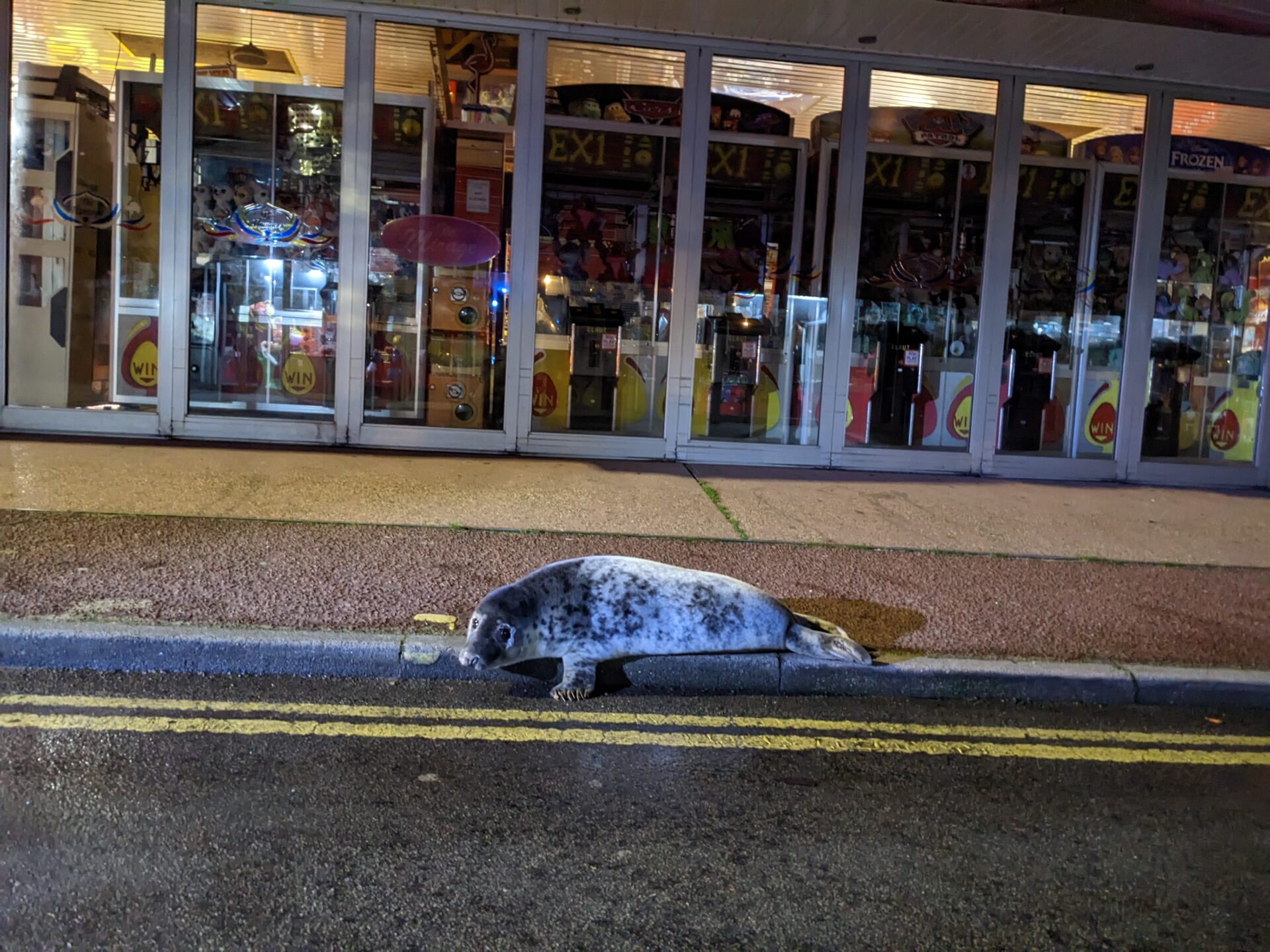 Seal pups that ended up far away from the safety of the water were rescued in Norfolk last week.

On Thursday Marine and Wildlife Rescue received a call about a grey seal pup on a road in Potter Heigham that had navigated along a ditch from Hickling Broad and hauled up the bank onto the tarmac.

Then a grey seal pup was found outside an arcade and a kebab shop in Hemsby on Friday night. Members of Marine and Wildlife Rescue were called out around 11pm and found the seal shuffling along a footpath on the street.

The pups were both thankfully in good health and returned to the sea.

Dan Goldsmith, from Marine and Wildlife Rescue, said: “The Hemsby pup must have just been looking for some shelter, but got disorientated and kept heading inland.”

He warned those spotting seal pups inland not to approach them and to call for expert help.

“We do get people that mean really well, that want to help and they’ve done things in the past but have been injured,” he said.

“Call a rescue organisation like us to assess because we’re used to working with them.

“They’re very quick and responsive… and they can look very docile and friendly, but they’re not, they are really quite hostile things.”

Luckily the kebab shop owners did not get it first!