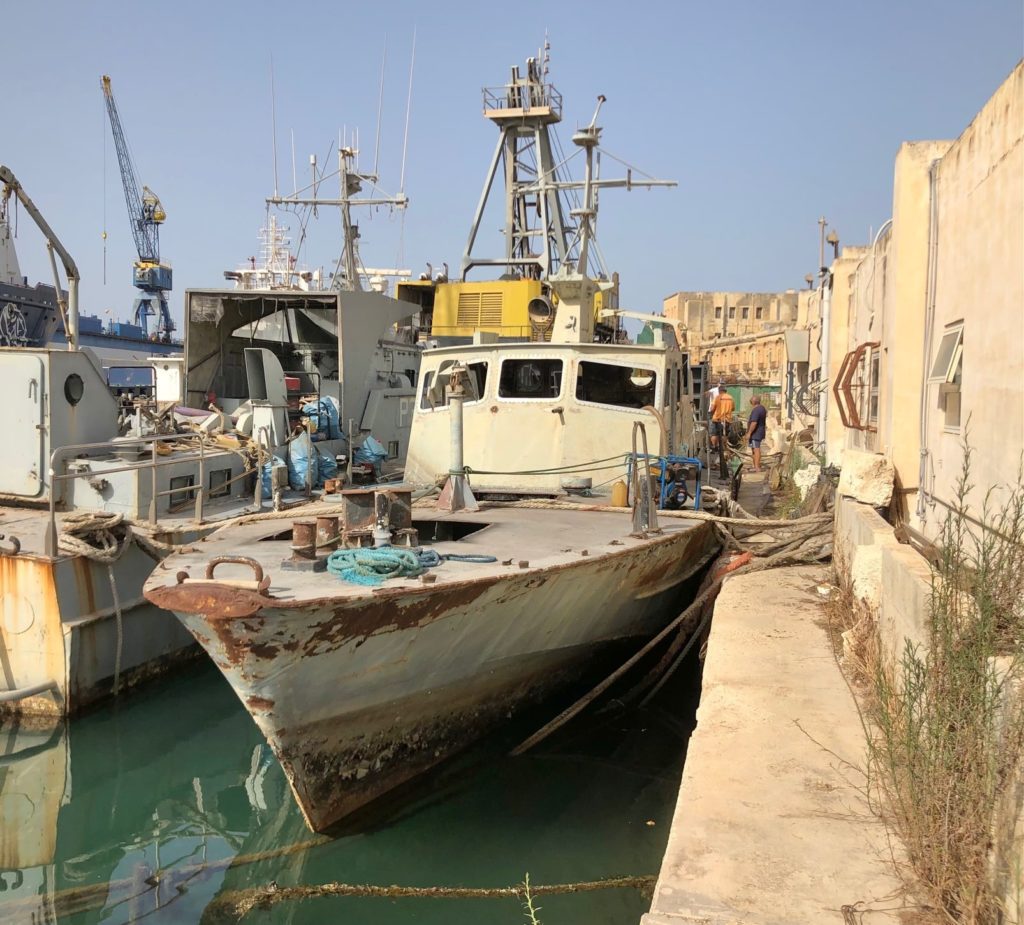 Malta's newest artificial reef, the P-33 patrol boat, has been wrecked by winter storms before many divers even managed to dive on it.

The vessel, which was sunk in July last year, as reported by Scuba Diver, was sent to the bottom off Zonqor Point, coming to rest in around 20m between the existing St Michael and Melita purpose-sunk vessels.

She was the third patrol boat to be sunk for divers around the islands, joining the Kondor-class vessels P29, off Cirkewwa, and the P31, off Comino.

Sadly, reports are coming in that it has been torn apart by stormy conditions, and there is even talk that the remnants might have to be removed from the seabed.

The 23-metre-long P-33 was a Bremse-class vessel that was built in East Germany in the early 1970s. It initially served in the East German Navy before being bought by Malta in 1992 to serve as a patrol boat in the Maritime Squadron of the Armed Forces of Malta. It was decommissioned in 2005, and had actually been ear-marked to be sunk in Marsalforn Bay on Gozo back in 2012 before red-tape scuppered the plan.