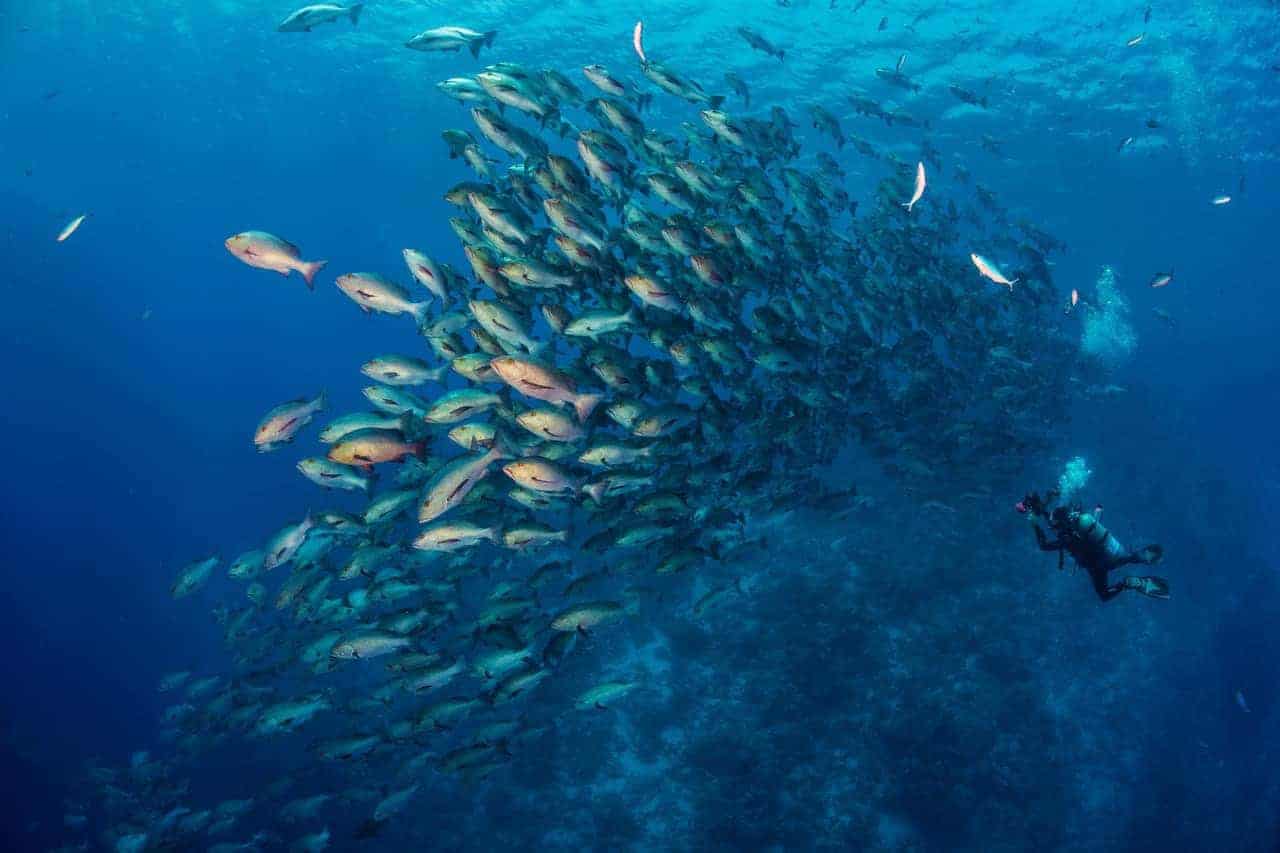 Have you ever watched storm chasers? Where thrill-seekers chase, and get ridiculously close to mesmerising and dangerous tornados? Well, that is what was going through my mind on certain dives in the Red Sea during two weeks of underwater photography workshops with Alex Mustard.

Don’t get me wrong, there were many dives when the waters were extremely calm, almost like a mill pond. However, there were those unforgettable dives where the current started to pump! Like the storm chasers, we were out with Alex Mustard hunting down breath-taking scenes. But instead of tornados, we were hoping to snap huge aggregations of fish. These schools form around Ras Mohammed National Park in the north due to the waters warming at the start of summer, triggering many species of fish to gather for spawning. We were spoilt for choice of what to use as subject matter, as there were schools of jacks, unicornfish, batfish, barracuda, snapper and pufferfish (schooling pufferfish are the cutest things ever)! The hard part was therefore, not finding the fish but getting in the right position to capture the perfect image.

Shark and Yolanda Reef, south from Sharm El-Sheikh, is located on the tip of the ‘V’ where the Gulf of Suez and the Gulf of Aqaba meet. Because of this, crazy currents swerve around the reef. One minute the current is pushing you from behind, but once you turn a corner, it is suddenly head on. Now usually I would just enjoy being swept by the powerful motion of the ocean. However, we were trying to take pictures of the gorgeous aggregations of fish, which were effortlessly swimming in the opposite direction to the current flow.

a large proportion of the workshop educating us photographers the best way to navigate the site and approach the shoals without spooking them and avoid dispersing them away from the reef and out into the blue. So, we channelled our inner fish wrangler and would sacrifice 50 bar of nitrox to swim into the currents. With our huge cameras and strobes, we would pelt with all our might into the current to try and get ahead of 1,000 snapper, to then let the current wash you back towards them and attempt to take some pictures. It was exhausting but totally exhilarating. 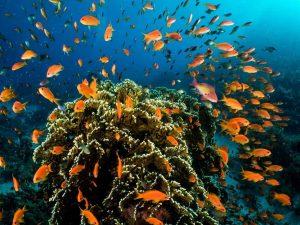 The workshop was a fantastic environment for me, a newby to underwater photography, to learn from some of the best in the industry. Alex was a great teacher and not only revealed the ways of fish herding but taught us how to compose breath-taking images bearing in mind light direction and composition. We not only dived reefs but also tried to snap the eeriness of the sunken wrecks of the Red Sea, such as the iconic Thistlegorm, the elegant Giannis D and the coral-encroached Chrisoula K/Marcus.

I had the most-fantastic time and must thank Alex Mustard, for imparting the ways of generating images that reconnect others to the sea, and my now good friends who crew MY Whirlwind, and Scuba Travel for arranging this most-amazing experience.