Monty back on TV with My Family and the Galapagos 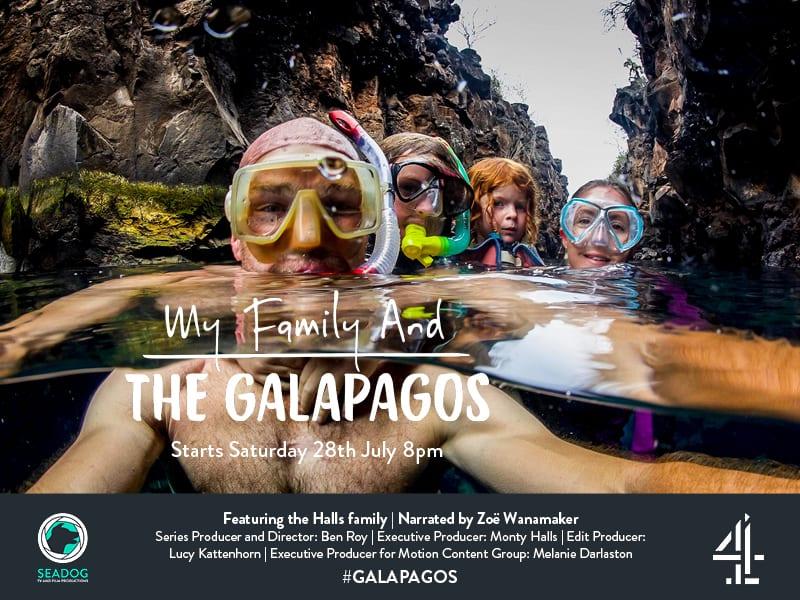 Monty Halls is back on our TV screens in a new three-part series from his company Seadog Productions, titled My Family and the Galapagos, in which cameras follow Monty, his wife and their two children (aged three and five) as they embark on a fantastic adventure on these iconic islands.

This archipelago was designated a UNESCO World Heritage Site in 1978, signifying their unprecedented importance to the world. Forty years on, Monty returns to his ‘favourite place on Earth’ to investigate the wonders and challenges that both define and threaten this awe-inspiring jewel of nature – but for the first time, he will not be adventuring there on his own…

In a place where animals and humans live side by side like no other, Monty will be accompanied by a unique research team – his wife Tamsin and daughters Isla (3) and Molly (5), who for three months will experience this  utterly unique way of life. As a family, they will have extraordinary wildlife encounters and life-changing experiences, living alongside creatures that can be found nowhere else on the planet.

But at a time when the islands are at a crossroads – with the human population, invasive species and illegal fishing threatening the islands more than ever before – they will also learn first-hand what is being done to protect the Galapagos.

The series, which has been a year in the making, kicks off on Saturday 28 July at 8pm on Channel 4.