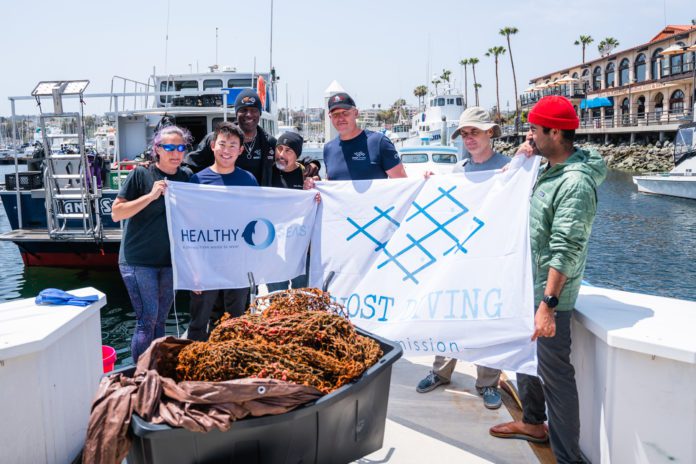 Six volunteers from Ghost Diving took to cleaning part of the wreck of the USS Moody that in 1933 made its final plunge for the filming purposes of Hell Below. Since then, as with any underwater object protruding from the seabed, the wreck has been accumulating fishing nets – the deadliest form of marine plastic pollution.

It is estimated that 640,000 tons of fishing gear are lost or abandoned in the seas and oceans each year. It is plastic waste that does not biodegrade, remaining hundreds of years in the environment, all the while losing tiny particles called microplastics that end up in the food chain. The phenomenon takes the name ‘ghost fishing' because the nets that are made to appear invisible underwater are trapping and killing all manner of marine animals, including turtles, fish, mammals and birds that get entangled, suffer and eventually die.

The project marked the USA launch for international non-profit Healthy Seas that already works in 12 countries in Europe, North Africa and New Zealand. To make it happen, they teamed up with the volunteers of the newly established Ghost Diving USA chapter.

The clean-up took place off San Pedro, California, in the morning hours of 28 April, with divers descending to 45m. Despite bad visibility and a strong current, the well-trained Ghost Diving team successfully recovered 135kg of a mixture of tuna and squid nets during a single dive. The area is covered by kelp forests, one of the ocean’s most-diverse and productive ecosystems.

When the nets reached the surface, they were treated by a dozen individuals, partners and friends of the organization that helped to release living organisms, like crabs, worms and sea anemones, that were entangled or growing on the nets.

“During the departure and arrival back to San Pedro, the sight of humpback whales, dolphins and playful sea lions acted as a living reminder of why we were there. These beautiful animals are often the victims of pollution caused by fishing waste. The enthusiasm that vibrated throughout the day made our USA kickoff more special than we could have ever imagined,” said Veronika Mikos, Healthy Seas director.

“Thanks to the support of Healthy Seas, we look forward to continuing regular sea clean-ups in the area and are already surveying the wreck of UB88 and Farnsworth Bank, a beautiful reef that is populated by the very rare purple hydrocoral,” said Norbert Lee, Ghost Diving USA co-ordinator.

Healthy Seas will ensure that the nets removed will become a new resource, supporting a circular economy. Founding partner Aquafil will regenerate the nylon parts that together with other nylon waste will become ECONYL yarn, the basis for new products such as socks, swimwear, activewear, carpets and more. Bracenet will process some of the nets as well and turn them into beautiful handmade accessories. In addition, in a continued effort to raise public awareness about the ghost fishing phenomenon, Healthy Seas collaborates with artists that are encouraged to get creative by reusing the recovered materials. 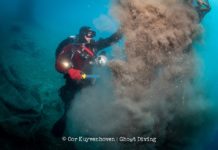 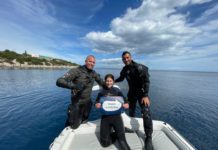 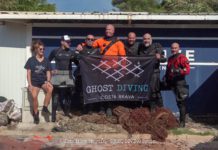