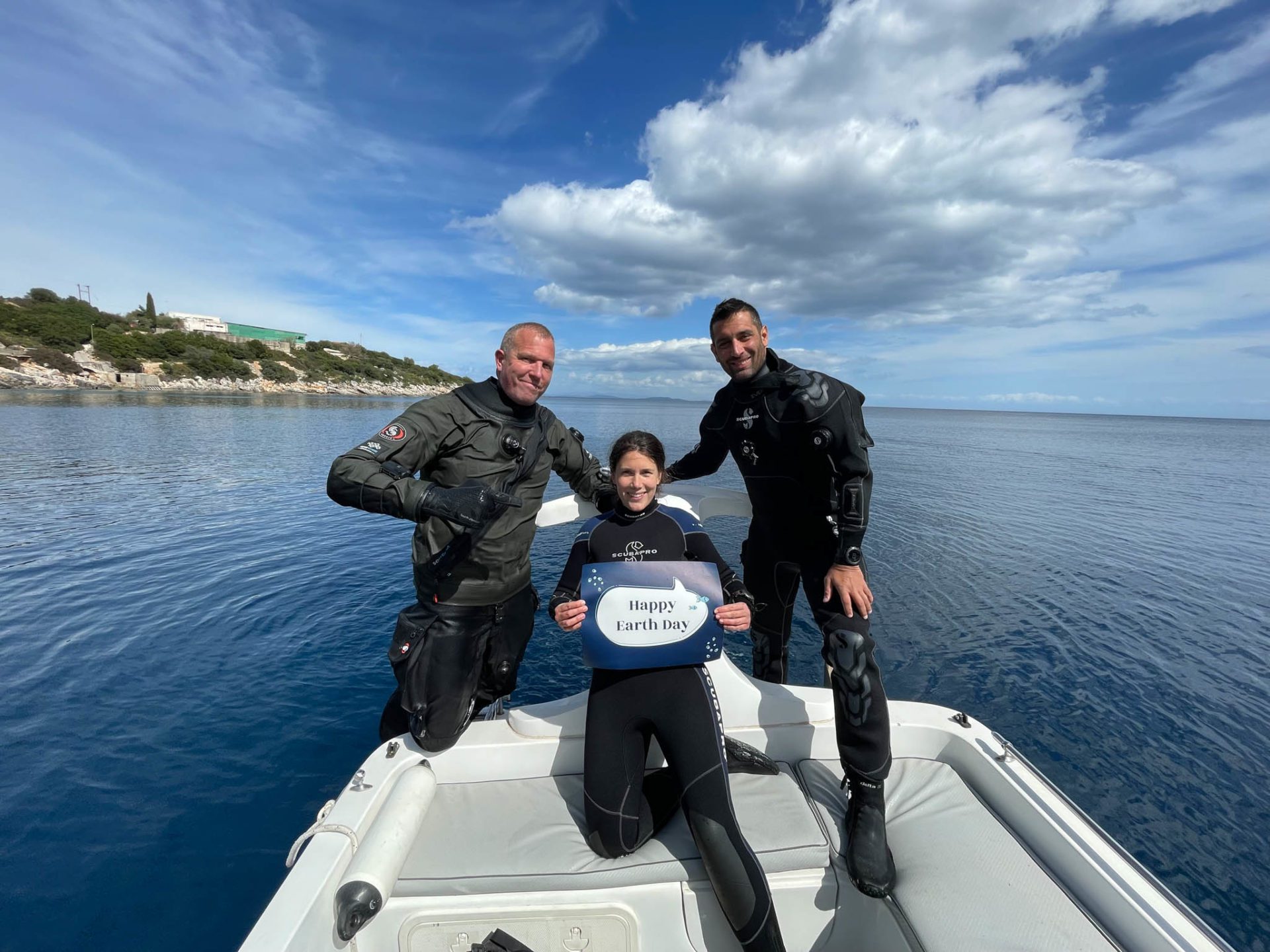 A major international marine protection endeavour on the island of Ithaca, in Greece, has been announced for Earth Day (April 22nd).

2021 is known throughout Ithaca as the ‘year of the clean up', and the organisations responsible for removing 76 tons of marine litter from the island’s seas and beaches last year are returning in 2022 to create an even-greater impact on the local community and environment.

Between March and June, Healthy Seas and Enaleia with its Mediterranean CleanUp project are spearheading ‘Fishing for Litter'. During the kick-off phase, two local fishers have been mobilized to limit their regular activity and instead collect marine plastic from remote coastlines, helping the breeding and reproduction of fish.

Ghost Diving back on Ithaca in May

At the end of May, volunteer technical divers from the Ghost Diving organisation will travel to Ithaca to recover ghost nets and other marine litter from several locations throughout the island. A clean-up of the Vathy harbour will be carried out by Ghost Diving with the involvement of the locals, giving the community a chance to witness the volunteers in action!

A significant part of the marine litter will be recycled while the nylon fishing nets will be handed to Aquafil to be transformed, together with other nylon waste, into ECONYL regenerated nylon, the basis for new sustainable products such as socks, activewear, swimwear, carpets, and more. Hyundai Motor Europe is the main supporter of the project.