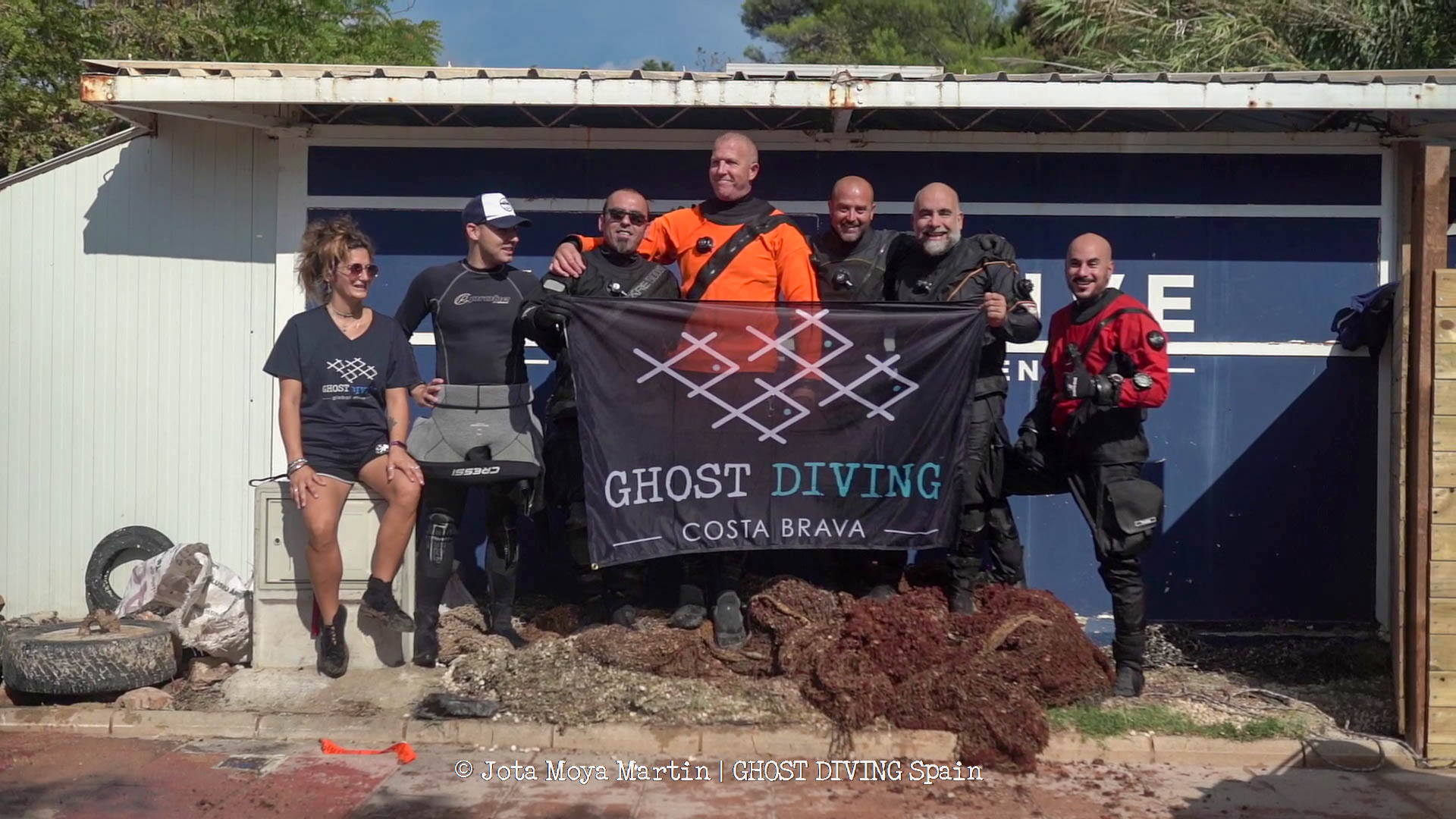 Healthy Seas, together with Ghost Diving Spain, organised an event from 1-3 October 1-3 in Tossa de Mar, and removed a massive net weighing more than 450kg from the reef.

On 1 October, a conference at Tossa Del Mar City Council kicked-off the event followed by an educational programme that involved 120 students from the local school ‘Escola Pública Ignasi Melé i Farré’ in collaboration with Xatrac, a local environmental association.

The children participated in a beach clean-up, interactive presentations and games, to raise awareness about the ghost fishing phenomenon that is responsible for the suffering and death of millions of marine animals. It is estimated that 640,000 tons of fishing gear are lost or abandoned annually in the world’s seas and oceans.

In the following days, eight volunteer divers carried out underwater clean-ups at Muladera Rock near Tossa de Mar. The team discovered and removed a fishing net that was covering the reef like a thick blanket, preventing marine life from accessing food and shelter in its holes and crevices.

Coinciding with scientific studies that indicate that the sea surrounding Barcelona is one of the three areas in Spain most polluted with plastics from fishing activity, Raúl Alvarez, co-ordinator of Ghost Diving Spain, said: “For years, divers have observed nets and other fishing equipment polluting this popular diving spot. We are excited to be able to help clean up this area to allow biodiversity to thrive again.”

Once on land, it was time to clean the large fishing net that covered an area of 100 m₂ and weighed 450kg. Divers removed 30kg of lead which they will upcycle into weights for their diving belts.

“We are proud to have expanded our activities to Spain and be able to support local efforts in order to heal and protect the environmentally burdened coasts and seas of this beautiful country,” says Veronika Mikos, Healthy Seas Director.

The event was also made possible thanks to Hyundai Motor Europe that announced its partnership with Healthy Seas back in April. They are providing funding for the implementation of Healthy Seas cleanup and education activities.