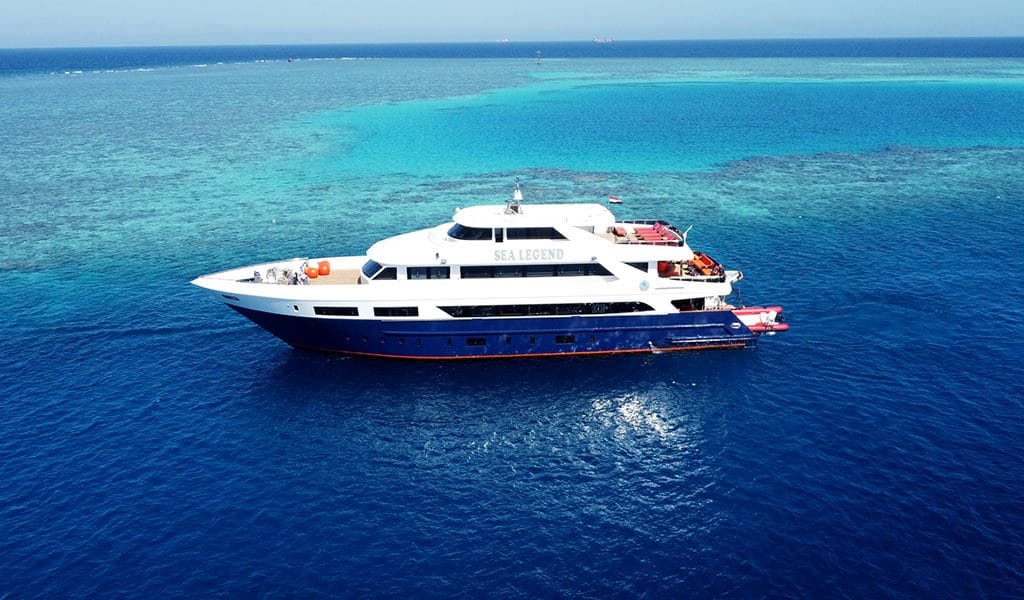 Last month we reported the unfortunate fire that took hold and ultimately destroyed the luxury Red Sea liveaboard, Scuba Scene, but now we can announce that the team have taken on a new vessel, the M/Y Sea Legend.

Thankfully, none of the 19 passengers onboard Scuba Scene were injured and were safely evacuated back to land, but sadly Scuba Scene now lies off the coast of Hurghada…

The managers of Scuba Scene have been searching the Red Sea to find a suitable replacement and now, less than a month since Scuba Scene sank, they have taken on M/Y Sea Legend, a liveaboard that offers the same high-quality experience.

They are also adding a few of their own touches that made a holiday on Scuba Scene so special – two high-powered RIBs with ladders and equipment racks, the chefs that serve up sensational restaurant-quality food, washer/dryer and warm towels in the winter, to name but a few. Of course, the trips wouldn’t be the same without their managers and guides, Elke Bojanowski and Ahmed Fadel.

Elke, aka ‘The Shark Lady’, and owner of the Red Sea Shark Trust, will continue with her famous ‘Red Sea Shark Weeks’, and Ahmed will resume his Tech Weeks and training.

Passengers who were previously booked on Scuba Scene have been transferred to Sea Legend on the same dates. The Scuba Scene team is confident that they can maintain the same high standards and deliver holidays that will be as good, if not better, than on Scuba Scene.

We are glad to hear that you have found a new boat to continue the legacy. We are sad that FATE interrupted our time with your fabulous team and prevented us from making better acquaintance and log some dives with you. Good luck with the next chapter in lives. To quote “ The King is dead….. Long live the King”
Johann & Ingrid