Endurance wreck to be protected 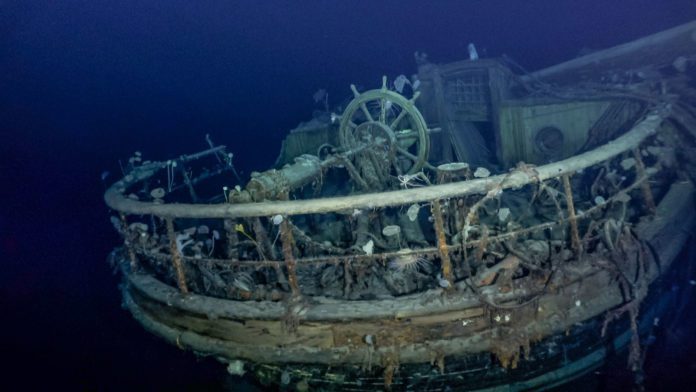 The wreck of Ernest Shackleton's Endurance is to be protected, with the implementation of a 500-metre perimeter around the famed vessel, which was finally located in March, some 107 years after it sank.

The member states of the Antarctic Treaty had already declared that the shipwreck, lying on the seabed some 3,000m down in the Weddell Sea, is a Historic Site and Monument, but now they have asked for a management plan to guide its ongoing conservation, as well as increasing the protection zone from 150 metres to 500 metres.

The UK Antarctic Heritage Trust has been tasked with drafting up a plan, which will determine exactly the restrictions and responsibilities placed on anyone wanting to go anywhere near Endurance in the future.