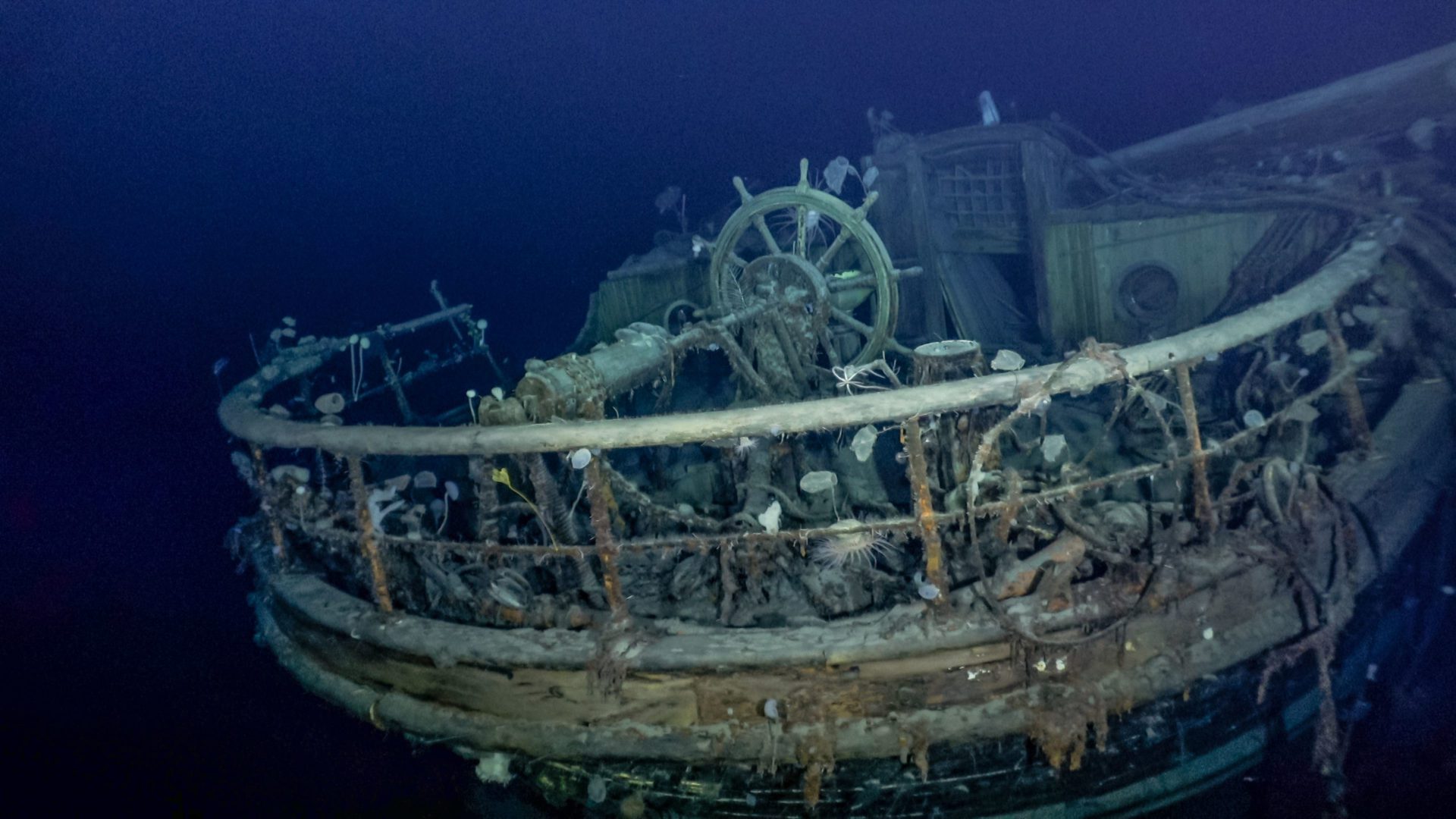 The Endurance22 Expedition, which has been employing state-of-the-art technology in the search for the fabled Endurance, has announced that Shackleton's ship was discovered over the weekend lying in over 3,000m of water and ‘in amazing condition'.

Sir Ernest Shackleton's vessel has not been seen since it was crushed by the ice and sank in the Weddell Sea in 1915. Now, 100 years after the explorer's death, his ship has been located – just four miles south of the position originally recorded by Captain Worsley as the crew abandoned the stricken vessel.

The Endurance is protected as a Historic Site and Monument under the Antarctic Treaty, ensuring that the wreck would not be touched or disturbed in any way while it is being filmed and surveyed.

Mensun Bound, Director of Exploration on the expedition, said: “We are overwhelmed by our good fortune in having located and captured images of Endurance. This is by far the finest wooden shipwreck I have ever seen. It is upright, well proud of the seabed, intact, and in a brilliant state of preservation. You can even see ‘Endurance' arced across the stern, directly below the taffrail.

“This is a milestone in polar history. However, it is not all about the past; we are bringing the story of Shackleton and Endurance to new audiences, and to the next generation, who will be entrusted with the essential safeguarding of our polar regions and our planet. We hope our discovery will engage young people and inspire them with the pioneering spirit, courage and fortitude of those who sailed Endurance to Antarctica.

“We pay tribute to the navigational skills of Captain Frank Worsley, the Captain of the Endurance, whose detailed records were invaluable in our quest to locate the wreck.”

He added: “I would like to thank my colleagues of The Falklands Maritime Heritage Trust for enabling this extraordinary expedition to take place, as well as Saab for their technology, and the whole team of dedicated experts who have been involved in this monumental discovery.”

Dr John Shears, Expedition Leader, said: “The Endurance22 expedition has reached its goal. We have made polar history with the discovery of Endurance, and successfully completed the world’s most-challenging shipwreck search.

“In addition, we have undertaken important scientific research in a part of the world that directly affects the global climate and environment, and have conducted an unprecedented educational outreach programme, with live broadcasting from on board, allowing new generations from around the world to engage with Endurance22 and become inspired by the amazing stories of polar exploration, and what human beings can achieve and the obstacles they can overcome when they work together.”

What happened to Endurance?

It was Sir Ernest Shackleton’s ambition to achieve the first land crossing of Antarctica from the Weddell Sea via the South Pole to the Ross Sea, and that was the focus of the Imperial Trans-Antarctic Expedition. The Ross Sea Party, which was landed at Hut Point on Ross Island, had the task of laying supply dumps for Shackleton’s crossing party, and achieved its objective, but at the cost of three lives lost.

In the Weddell Sea, Endurance never reached land and became trapped in the dense pack ice and the 28 men on board eventually had no choice but to abandon ship. After months spent in makeshift camps on the ice floes drifting northwards, the party took to the lifeboats to reach the inhospitable, uninhabited Elephant Island.

Shackleton and five others then made an extraordinary 800-mile open-boat journey in the lifeboat James Caird to reach South Georgia. Shackleton and two others then crossed the mountainous island to the whaling station at Stromness. From there, Shackleton was eventually able to mount a rescue of the men waiting on Elephant Island and bring them home without loss of life.

Endurance22 documentary coming in the autumn

Set to premiere this autumn as part of National Geographic's Explorer series, this documentary will air globally on Nat Geo in 172 countries and 43 languages before it heads to Disney+. An in-depth story about the finding of Endurance, including its historical relevance, is available on National Geographic now.