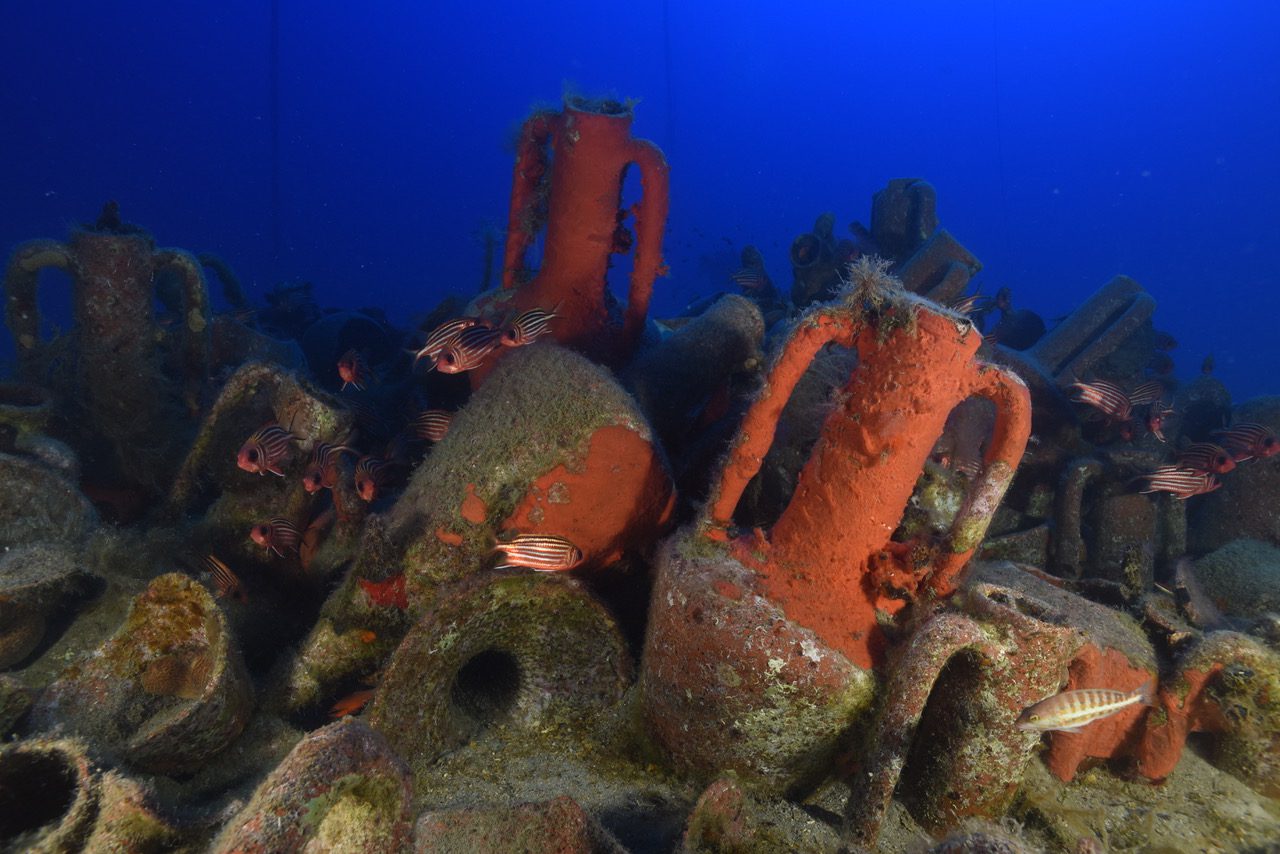 Podcast series Dive & Dig returns for a second series, and will be exploring more maritime archaeology of the ancient world, from the Stone Age to the Roman period, over its five episodes.

Presented by historian Professor Bettany Hughes, and maritime archaeologist Dr Lucy Blue, join the duo on Dive & Dig as they journey across the Mediterranean and the Red Sea to explore one of the world’s largest archaeological digs, in Yenikapi, Turkey, the oldest underwater settlement in the Aegean off Greece, the world’s oldest artificial harbour at Wadi El Jarf in Egypt, ancient shipwrecks lost beneath the waves off Cyprus, and a sunken Roman city lying off Baia in Italy.

Each episode focuses on a key site, from submerged prehistoric settlements to ancient shipwrecks, telling the stories of how people interacted with the sea, and what the archaeological remains can reveal about our ancient past.

This podcast has been developed by the Honor Frost Foundation, a charity that promotes and funds maritime archaeological research, with a focus on the eastern Mediterranean.

The Foundation was founded with a major bequest from the late Honor Frost, a pioneer in the world of maritime archaeology and the first female underwater archaeologist. Whilst diving on shipwrecks in France in the very early days of scuba, Honor came to realise that these archaeological sites could be recorded and investigated to the same standard as archaeological sites on land.

Over the next 50 years, she played a pivotal role in the development of the field of maritime archaeology, researching shipwrecks, harbour sites and landscapes now lost to the sea. The Foundation continues her legacy by supporting research, training and education in the field.