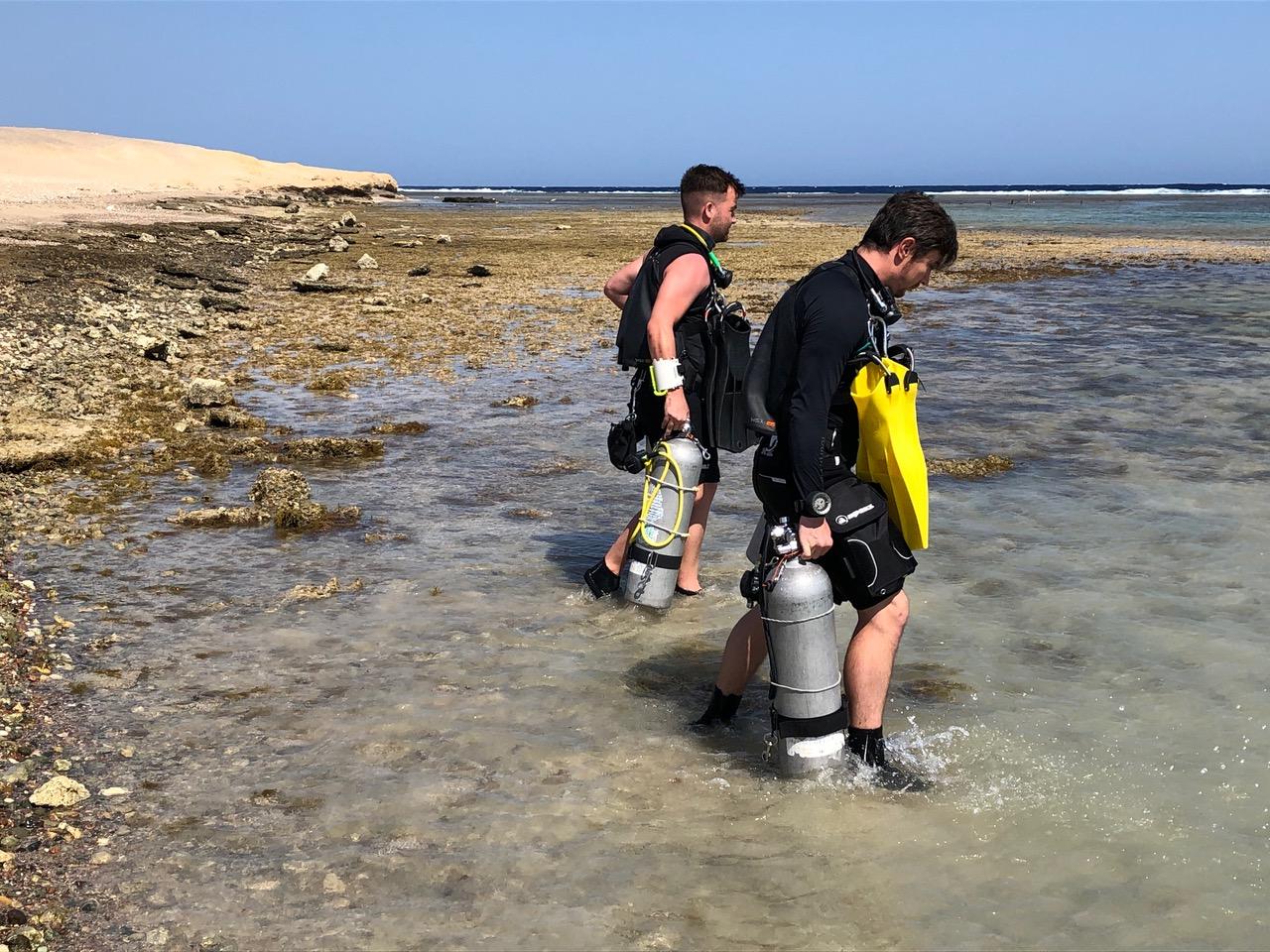 A new study into diving rehabilitation charity Deptherapy's approach to supporting Armed Forces veterans with psychological injuries such as Post-traumatic Stress Disorder (PTSD) through the medium of scuba diving has been carried out by Petra Walker, in conjunction with Hanna Kampman of the Posttraumatic Growth Research Unit at the University of East London.

This study, which used Interpretive Phenomenological Analysis (IPA), demonstrates that scuba diving has rehabilitation benefits beyond those found in other forms of sporting rehabilitation exercise.

IPA is a qualitative methodology that examines the experiences of participants and has been used in previous studies of Posttraumatic Growth (PTG) in para-athletes.

Petra is an experienced diver herself and was exploring the wellbeing aspects of scuba diving as part of her Masters in Applied Positive Psychology and Coaching Psychology when she came across a previous study on Deptherapy. Past studies have mainly focused on the medical aspects of diving, so the opportunity to examine the mental health side of rehabilitative scuba diving was impossible to ignore.

The full study is currently embargoed until it is published at a future date in an academic journal, but it follows similar academic research into the work of Deptherapy by the University of Sheffield Medical School (2018) and the University of Nottingham (2019).

Richard Cullen, Chairman of Deptherapy commented: “This evidence-based study demonstrates yet again the value of scuba diving and, in particular, the support provided by Deptherapy to severely traumatised people within the Armed Forces community. We await the publication of the detailed findings which we anticipate will be of considerable interest to all organisations who seek to assist in the rehabilitation of veterans through sporting activity, as well as the scuba diving world.”

Team Deptherapy returned to the UK last week from their first training expedition since the start of the COVID-19 Pandemic. A small group of six veterans travelled with the Deptherapy Instructor Team to the charity’s international base at Roots Red Sea to undertake practical Scuba Diving training in the clear, warm waters of the Red Sea.

Joining Team Deptherapy for the first time was 20-year-old paraplegic Corey Goodson, who had this to say: “I have been made aware of a new academic study about the benefits of Deptherapy. Last week I learned to scuba dive properly with Deptherapy, a huge achievement for someone with paraplegia. Deptherapy doesn’t judge your injury, whether that be physical or psychological; it looks beyond, and it sees the person inside. That person is who they work with, and the Deptherapy programme encourages you to see your fellow beneficiaries in the same light.

“More important than the sense of achievement during the training, was the support, care, encouragement and love the team showed me. I have found a new family in Deptherapy. I am home now but the support, friendship and banter continue; it is motivating and empowering, it gives me a deep sense of wellness and worth. I look forward to continuing my rehabilitative journey with Deptherapy.”