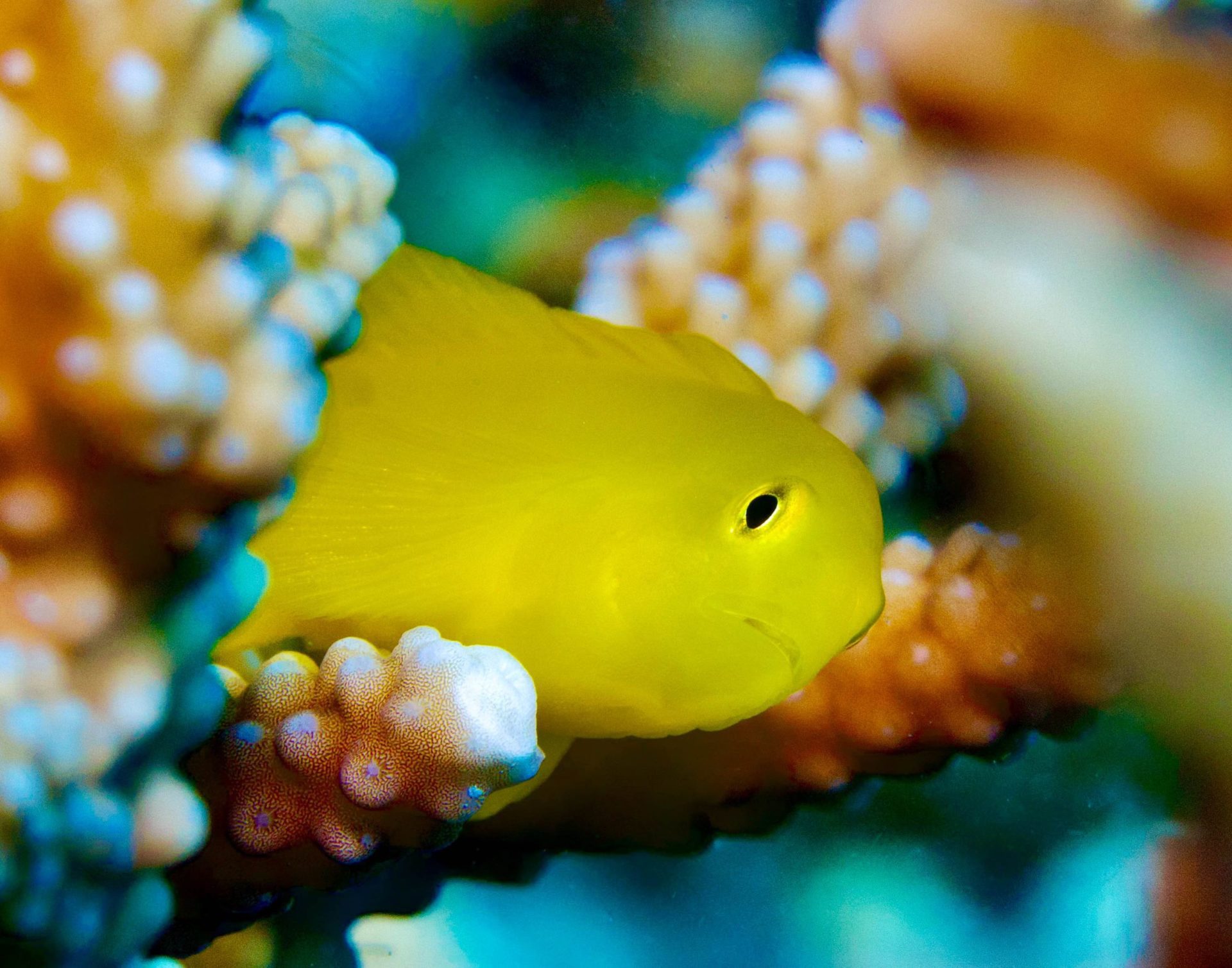 The yellow coral goby was first described in 1972 and was named after the Japanese islands where it was found, Okinawa. This particular species of goby lives within the branches of several Acropora species of corals and so are often particularly sensitive to coral cover changes.

They live in groups of 5 to 15 individuals and feed on plankton. Due to their tiny size, they are often a meal for larger predators and so when they feed, they must be fast and opportunistic about it, darting out to grab plankton that floats too close to them and returning immediately to the safety of the coral.

These gobies reproduce fast, with populations able to double in less than 15 months. This is because of how they reproduce. All of the yellow coral goby’s are born female but then go one of two ways. They either mature fully as a female and can reproduce that way, or they become hermaphroditic.

If they become a hermaphrodite, then they can change sex either way at multiple points in their life span. This is exceptionally useful when you are a small fish that relies totally on the protection of a coral to stay alive. If there are many females currently living in the same coral colony, some of them will change to males in order to even out the numbers. They are then able to change back again if the number of females grows too high.

The coral goby also has a unique way of defending itself. Like many goby’s, it is toxic. Its bright yellow colouration warns predators of its toxic properties, and it seems to work. A study done in 2003 showed that predators would avoid food items that had had the goby’s toxins added to it. Despite this, they are still susceptible to parasites but interestingly they are only found on the goby’s fins, where the toxin glands are far less common.

They are a shy and flighty species but with their beautiful colours and interesting sex life, they are a macro species that should be on your photography wish list.