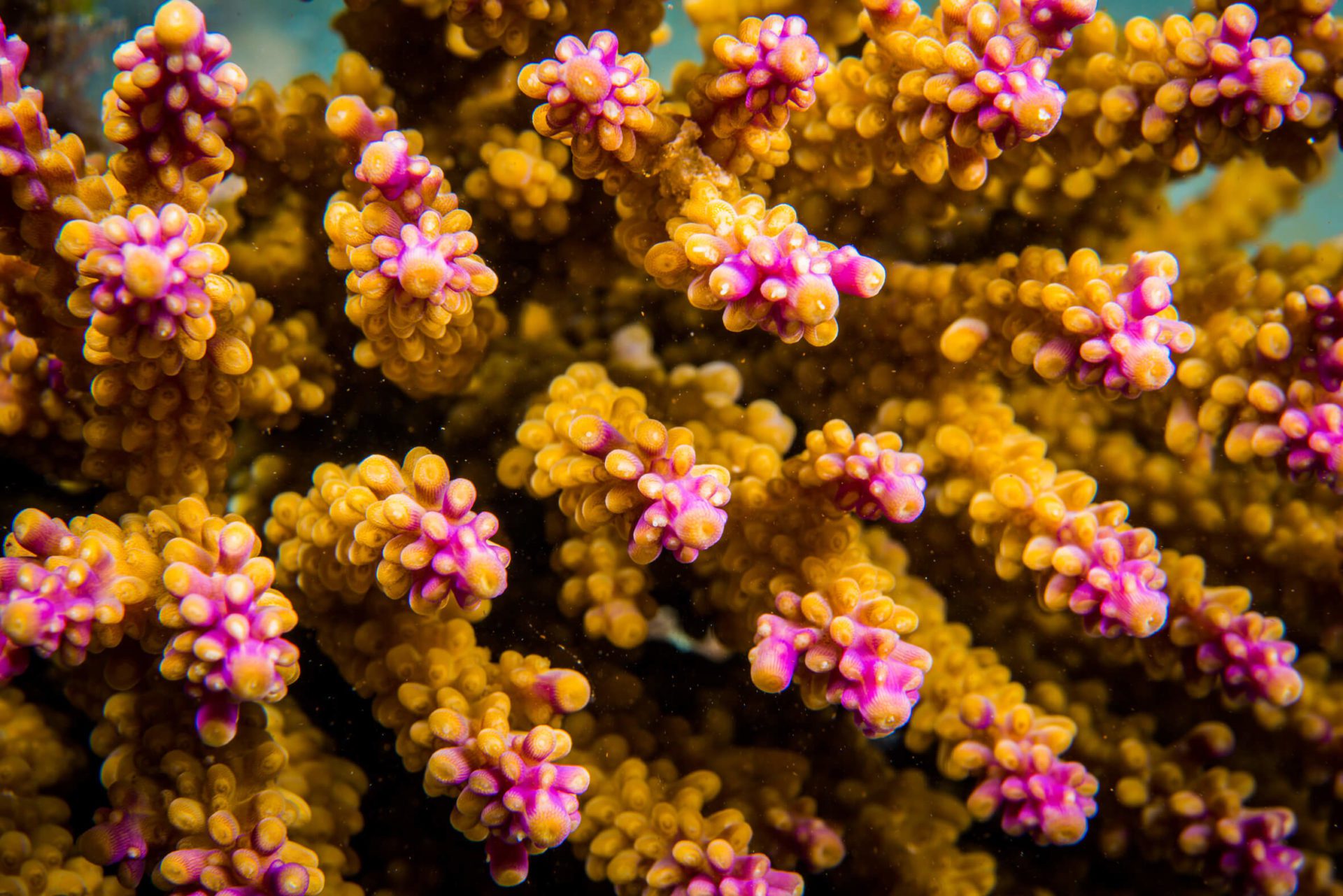 First Coral IVF babies on the Reef have produced next generation

Researchers have found 22 large coral colonies that were born through the first Coral IVF trial on the Reef in 2016 have survived a bleaching event, grown to maturity and were filled with eggs and sperm ready to spawn after the recent full moon. Many of the other smaller colonies are not quite large enough to reproduce but should be breeding next year.

Great Barrier Reef Foundation Managing Director Anna Marsden said, “We couldn’t be more excited to see that these coral babies have grown from microscopic larvae to the size of dinner plates, having not only survived a bleaching event but are now reproducing themselves – helping to produce larvae that can restore a degraded reef.

“Our Reef is an irreplaceable ecosystem that is home to many thousands of marine species, but it’s under threat from climate change. We need to reduce emissions as well as pioneer new solutions to help reefs recover and adapt to the warmer temperatures we’re already locked into,” Ms Marsden said.

“After seeing the potential of this game-changing technique the Great Barrier Reef Foundation and its partners brought Coral IVF to the Reef back in 2016 bringing together people and science to give nature a helping hand.

“Saving the Reef is a huge task, but having proof that this innovative, cutting-edge science works gives us hope.”

Lead Researcher and Southern Cross University Distinguished Professor Peter Harrison said, “Coral IVF is the first project of its kind to re-establish coral on damaged reefs by collecting millions of coral eggs and sperm during the spawning season, growing them into baby corals and releasing them directly onto degraded areas of the Reef.”

“The ultimate aim of this process is to produce new breeding populations of corals in areas of the Reef that no longer have enough live corals present due to being damaged by the effects of climate change,” Prof. Harrison said.

“This is a thrilling result to see these colonies we settled during the first small-scale pilot study on Heron Island grow over five years and become sexually reproductive.

“The larvae generated from these spawning corals have dispersed within the Heron Island lagoon and may settle on patches of reef nearby, helping to further restore other reef patches that have been impacted by climate change.

“This has given me and the rest of the team renewed enthusiasm as we research additional techniques on Lizard Island, through the Reef Restoration and Adaptation Program in collaboration with CSIRO, QUT and with support from Australian Institute of Marine Science, that will enable us to scale up and optimise this technique.”

The Reef Restoration and Adaptation Program is the world’s largest and most ambitious effort to develop, test and deploy at-scale protection, restoration and adaptation interventions to ensure that the Great Barrier Reef and coral reefs globally can resist, adapt to, and recover from the impacts of climate change.