BDMLR save entangled seal in Scotland 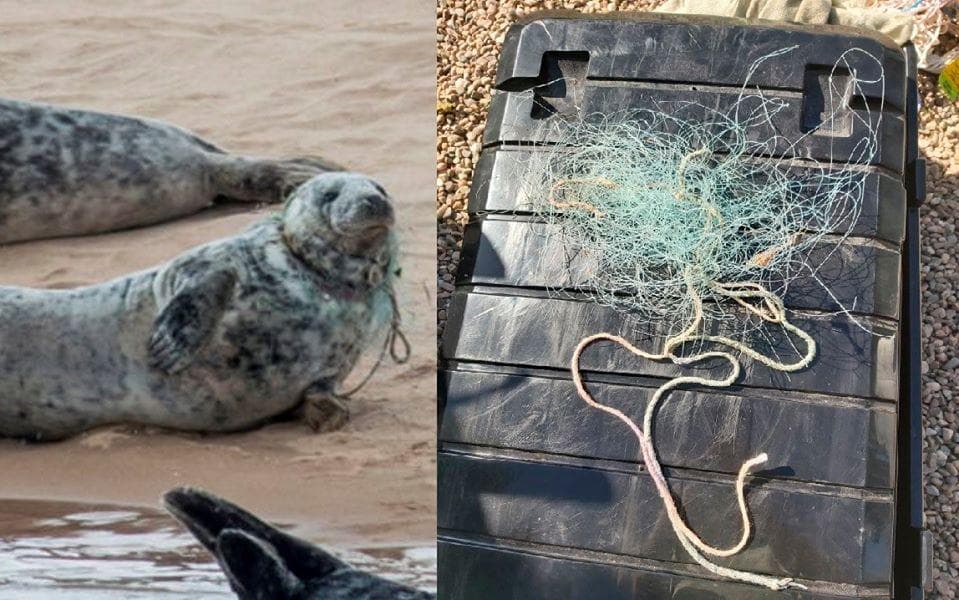 A seal entangled in monofilament and a length of rope has been saved by volunteers from British Divers Marine Life Rescue (BDMLR).

The distressed animal was first spotted at 6.30pm on Tuesday 26 May on rocks at Buchaness Lighthouse in Boddam, Aberdeenshire. The person who made the call tried to approach the seal, but it went into the water. Thankfully, it had hauled itself back out again when the BDMLR team arrived on the scene.

Equipped with a cargo net specially designed for incidents like this, along with a long catch pole, the four-man BDMLR team managed to safely and swiftly capture the seal.

They found a large quantity of monofilament line, as well as a length of rope, tangled around its neck. This was already cutting into its protective blubber, and had it not been removed, would have eventually become fatal.

The BDMLR team managed to cut off the line and rope and, as it had only cut into the blubber – and due to the location of the incident – it was decided to release the seal straight back into the sea, where the salt water could clean the wound and help prevent infection.