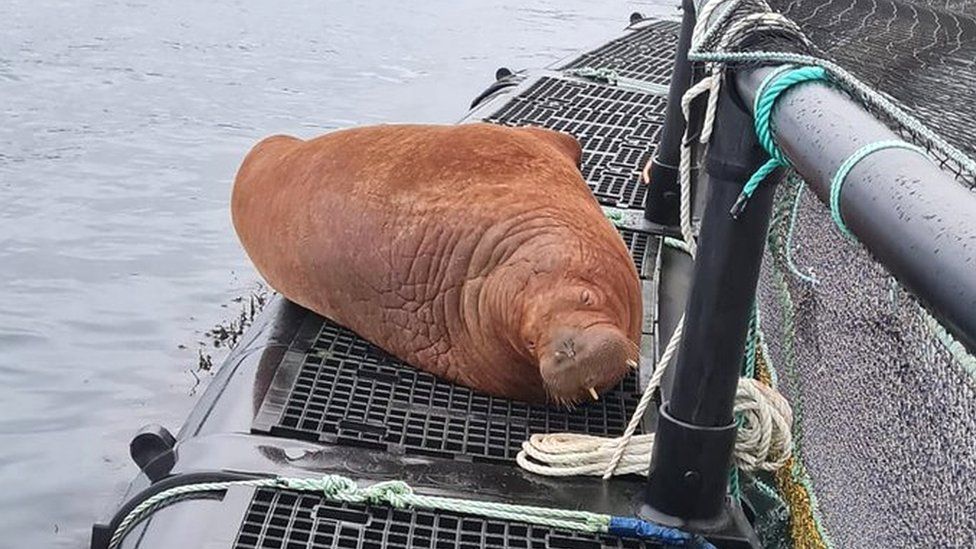 An Arctic walrus named Freya has been spotted in Shetland, having already done the rounds visiting Denmark, Germany, the Netherlands and Northumberland.

The young female was seen at the Isle of Vementry and has been relaxing on the side of a salmon farm cage close to the uninhabited island.

The animal has a distinctive pink blob on its nose, so it has been easy for specialists to be able to identify her on her travels.