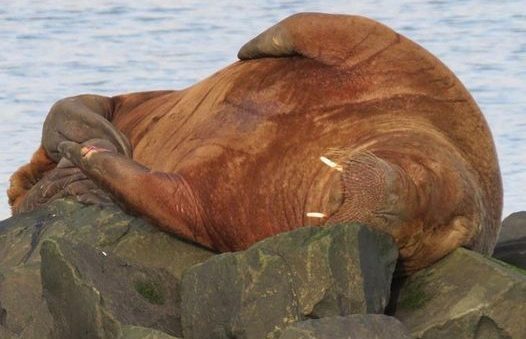 Hot on the flippered heels of Wally the walrus, who went on an extensive European tour earlier this year, another Arctic visitor has turned up off the coast of Northumberland.

The juvenile female walrus was sighted on the shoreline near Seahouses. It is thought to be the same animal recently recorded on the Dutch coast.

Conservation groups have urged people to keep their distance and allow the animal to rest and build up its strength before hopefully heading back north.

British Divers Marine Life Rescue (BDMLR) are working with Seahouses harbour and the RSPCA to manage the area and avoid disturbances to the walrus.