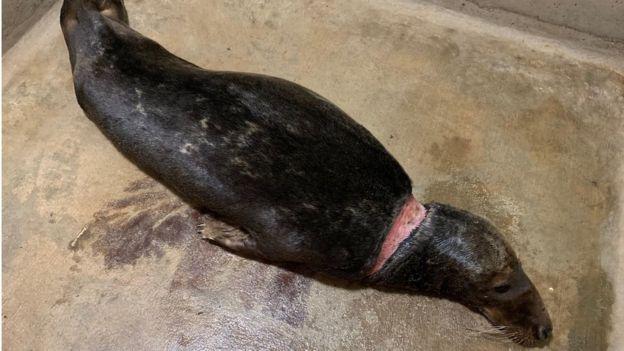 A grey seal has been rescued from the North Sea with a clump of discarded netting tangled around its neck, making it the 50th such animal treated for such injuries since 2008.

The male seal, which has been nicknamed Scylla, had a severely infected wound around its neck, from the fishing net cutting and embedding into its flesh, and weighed just a quarter of the 300kg a seal his age should be when he was taken to the RSPCA’s East Winch Wildlife Centre near King’s Lynn.

Manager Alison Charles commented: “It’s hard to describe how much pain and distress this can cause a seal. The injuries caused by the rubbish around their neck is horrendous, sometimes inches deep, and all the while the seal is becoming weaker and weaker, and cannot feed, so they slowly starve to death.” 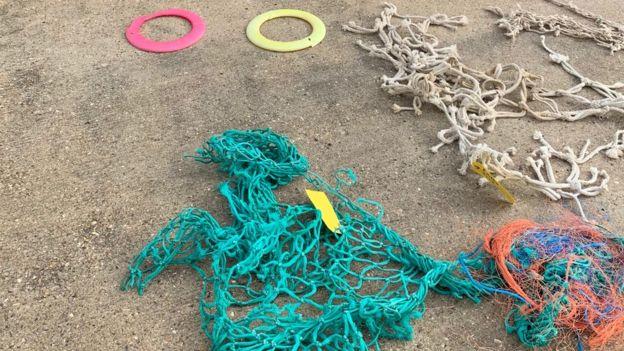 Scylla was rescued on Horsey Beach in Norfolk last week by the charities Friends of Horsey Seals and Marine and Wildlife Rescue. He will now require months of recuperation and treatment at the RSPCA centre.

The seal had the dubious ‘honour’ of becoming the 50th such animal admitted to East Winch since 2008, and in 2019 alone, there have now been eight.