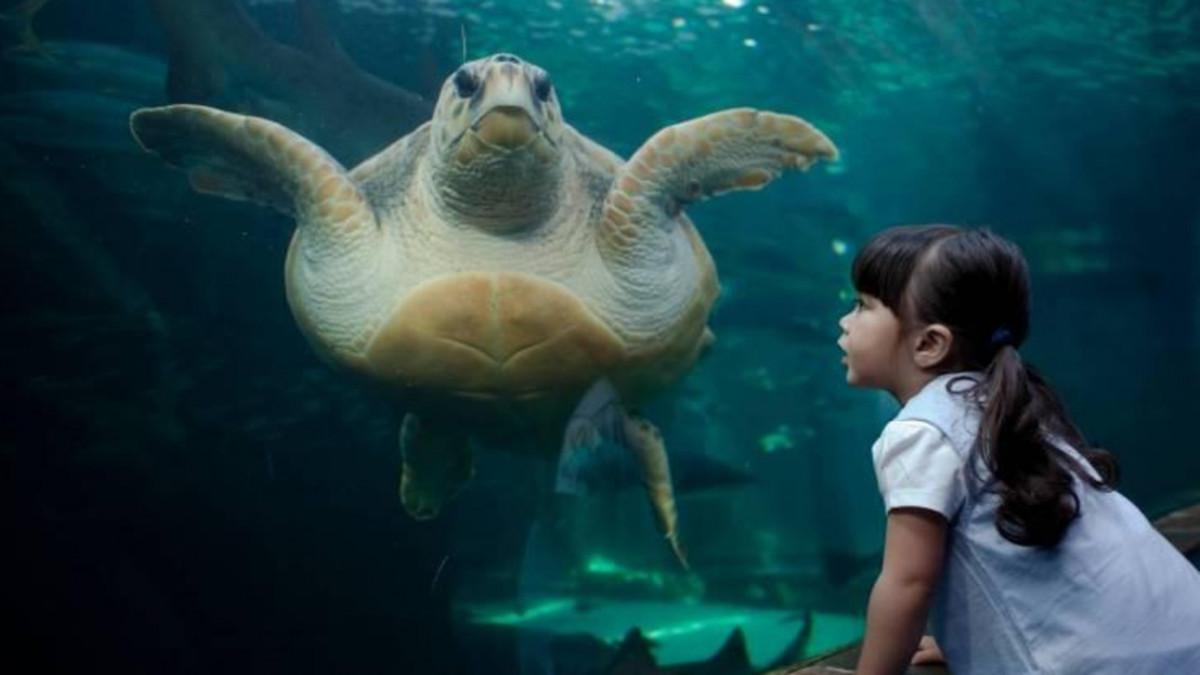 After spending 20 years in a Cape Town aquarium Yoshi the loggerhead turtle has returned home to Australia. At this point it is only speculation that Yoshsi is actually Australian but scientists believe that there is a strong chance she could be.

Yoshi story began 20 years ago when the crew of a Japanese fishing boat the found the young turtle with a damaged shell. At the time she only weighed 2kg and was named after the ships cook, who was apparently quite a small man. The concerned crew contacted the Two Oceans Aquarium in Cape Town who took the turtle in and nursed her back to health. 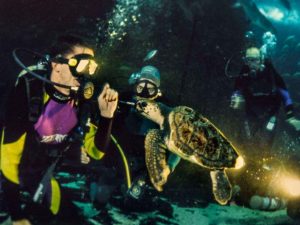 “They contacted the aquarium to ask if we could please come and fetch this little turtle, at the time, the aquarium had only been open for two years, so we did not really anticipate keeping sea turtles on display. We did not know all that much, but she crept into everybody's hearts, and settled down really quickly.”

In 2016 Yoshi weighed in at 180kg and had reach sexual maturity, so the aquarium decided it was time to release the turtle. Yoshi was then subjected to a rigorous training program to prepare her for life back in the wild. 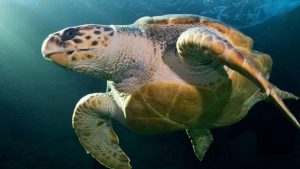 “Aquarium staff encouraged Yoshi to swim 20m lengths as part of her training. Early on, we actually trained her to feed on a target, because she quickly caught on that she was getting food from divers, so she actually started harassing anybody in her big exhibit. So by training her on a target, it allowed us to do any sort of investigation, have a quick look at her, give her a health check up, and then of course get her to move around in the exhibit, chasing a target. We actually called it ‘Yoshi tennis'. We would have two divers in the exhibit, one on either side, and she would swim these lengths, which was 20m across every day for a little treat.”

In December of 2017 Yoshi was finally ready, she was fitted with a satellite tracking device and released into the ocean. After traveling up the coast to Angola for a bit the turtle then turned around and made a beeline for Australia and in particular Point Samson, a small fishing town in WA’s Pilbara region, home to some of Australia’s most famous turtle nesting beaches. 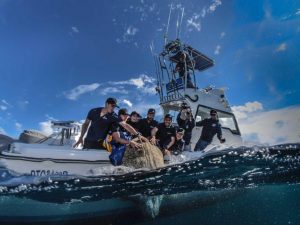 Now two years and 37,000 kilometres later it would appear she is nearing her destination.

According to South Africa’s Department of Environmental Affairs Oceans and Coasts division, who we have helped monitor Yoshi’s travels, this is the longest animal journey that has ever been recorded using a satellite tag, both by distance and duration. The Turtle has been averaging an incredible 48 km per day.

Furthermore it is believed to be the first recorded movement of a sea turtle between Africa and Australia. 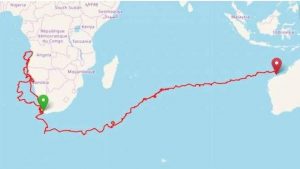 “Yoshi’s journey back in the wild has not only enthralled us all, but also provided us with some incredible scientific data. The tracking of animals such as Yoshi is fascinating and gives us valuable information so that we can better educate people about these animals and also look to protect them more effectively in the wild.”

Scientists in Western Australian are waiting to meet her if she comes ashore to nest, allowing them to replace her satellite tag, which is nearing the end of its expected life.