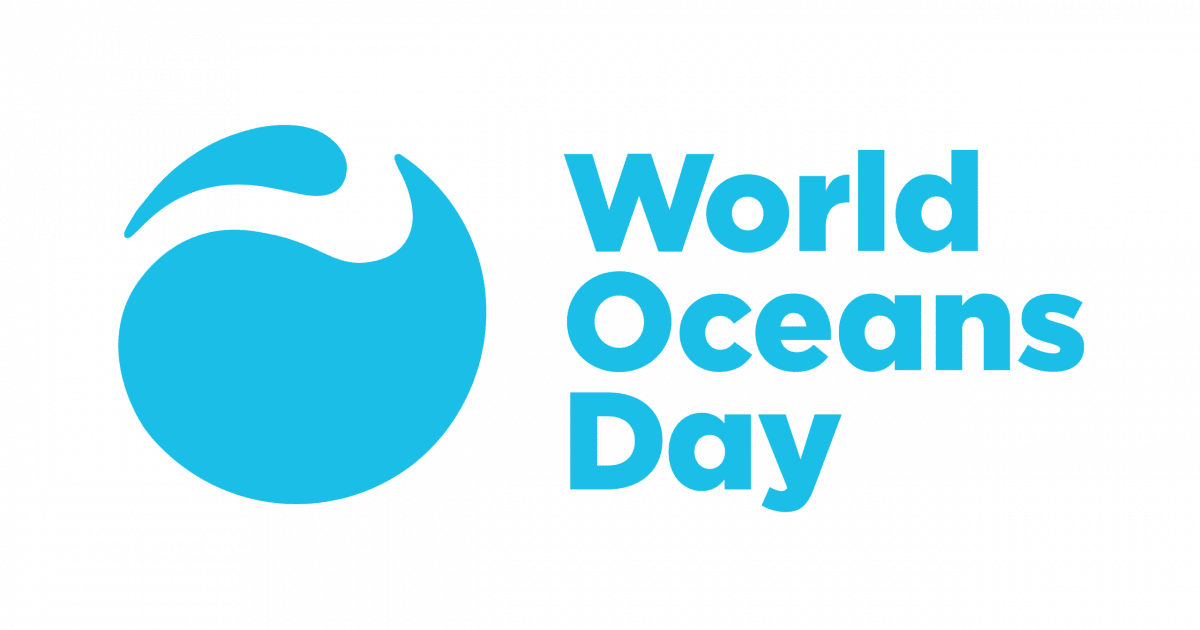 World Oceans Day 2020 is growing the global movement to call on world leaders to protect 30% of our blue planet by 2030. This critical need is called 30×30. By safeguarding at least 30% of our ocean through a network of highly protected areas we can help ensure a healthy home for all! 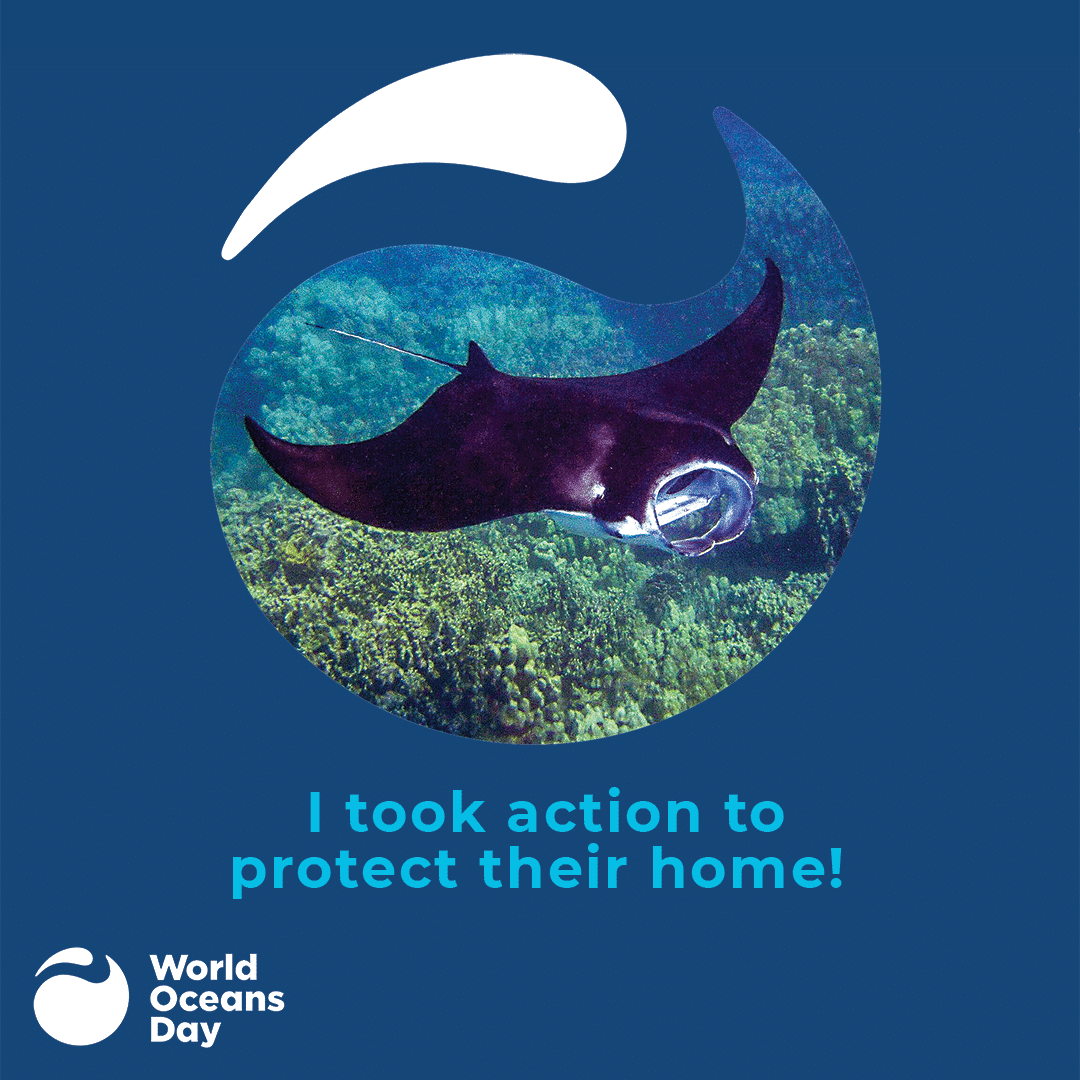 Reef Ecologic propose a collaboration of organisations (including Reef Ecologic, Reef Check, Reef Restoration Foundation, Great Barrier Reef Legacy, Coral Sea Foundation and others) with a combination on field and online activities (weather dependent) associated with the Great Barrier Reef. The proposed field activity is to the recently installed ‘Coral greenhouse' at John Brewer Reef to participate in citizen science. The online activities include a film and social media to raise awareness about the health of our oceans and what we can all do to support its ongoing health and resilience, we are inviting people to make a pledge to do something this World Oceans Day.

Arnhem Land Coastal Camp is celebrating World Ocean's Day 2020 from 6th-8th June (3 Day Community Event); it is a clean up of the Cobourg Marine Sanctuary Park which is home to many marine species ie: Turtles, Dugong, Shark, Crocodiles, nesting Sea Birds and much more. There will be plenty of fun activities ie: beach combing, tug of water Arnhem Land Coastal Camp Guides v's Guests, art and crafts and up-cycling and guest speakers on ecosystems and protection of habitats. WEAR BLUE ! and feel free to contact us for more information on Arnhem Land.

One Ocean Film Tour is a world-class experience featuring a series of ocean-loving films focussed on adventures, enjoyment and protection of the aquatic environment and inspiration. With a vision to protect our oceans, to share the films made by people who have dedicated their lives to the ocean and all her glory, One Ocean Film Tour is a spectacular visual journey in itself. Join us! Immerse yourself in the almighty power of the ocean! Featured Films:

THE GREAT WHALE- (12 min) “The Great Whale” tells the story of Michael Fishbach, a dedicated and eccentric whale conservationist trying to save the future of the largest animal ever to exist on Earth, the blue whale. With an estimated 10,000 left in our oceans, Michael is lobbying shipping companies and governments to amend ship lanes that have proven to be deadly to blue whales, making it impossible for this critically endangered species to thrive.

TIPPING POINT- (11 min) Three young adventurers take a journey that would test their mental, physical and emotional capabilities to the limit. In March 2018 they sailed out of South Africa for the sub-Antarctic Kerguelen Islands. Also known as the Desolation Islands, they are some of the most isolated islands on the planet. Ten days out of Kerguelen, their worst fear became a reality.

THE LONGEST WAVE- (One Ocean Tour Edit, 12 min) Oscar-nominated filmmaker Joe Berlinger travels the globe with legendary windsurfer and pioneering waterman Robby Naish, a 26-time world champion whose quest to master the world’s longest waves unexpectedly reveals his vulnerabilities as a competitor, mentor and father. THE LONGEST WAVE transcends the action sports genre by capturing obstacles outside of the legendary athlete’s professional life in an intimate, cinéma-vérité style, revealing Naish balancing the pursuit of excellence at sea with the demands of life’s complications on land.

CRUISE SHIPS IN MONTEREY BAY- (10 min) Beginning in 2017, a group of environmental activists began organizing against the visitation of cruise ships in the Monterey Bay, where many locals are worried an accident might occur that would have major implications for the health of the National Marine Sanctuary.

The multi-billion-dollar international industry of cruise ships has exhibited a poor track record for decades on environmental law compliance, often pumping out contaminated waters and dumping trash in restricted ocean spaces, including local Sanctuary waters in years past. The industry also represents an enormous source of fossil fuel consumption and emissions, which activists feel is out of touch with the realities of environmental conservation and protection.

UN-TRASHING DJULPAN- (25 min) With marine plastic pollution having devastating consequences on oceans and coastlines around the world, Sea Shepherd Australia is shining a light on how this increasing environmental issue is affecting mainland Australia.

KALANI- GIFT FROM HEAVEN – (25 min) For the past three years, filmmaker Nuno Dias has been busy capturing the life of one of the most enigmatic characters in all of big wave surfing, Kalani Lattanzi. Filmed in Nazaré and Rio de Janeiro, this documentary portrays the Brazilian waterman’s journey from his home country to bodysurfing Nazaré.

THE SHARK NET FILM – (32 min) Shark Nets at Queensland beaches have been around for a long time. Are they effective? What other side effects do these nets create? What about Drum lines too? This informative and very well researched film by Marine Biologist Holly Richmond, asks these important questions and provides the other side of the story to shark netting along Queensland’s beaches.

World Oceans Day 2020 People of the Sea Clean Up

Wherever you may be, join the World Oceans Day “People of the Sea” Clean Up. Above, Below or Beside our waterways, every little piece collected makes a difference. #worldoceansday #cleanseas #togetherwecan #Bethechange #plasticpollution #tenlittlepieces

The Onkaparinga River estuary and Port Noarlunga reef in South Australia are rich in biodiversity, yet many of the plants and animals that live there are rarely seen or reflected in artwork. Local Port Noarlunga artists, Dan and Emma Monceaux, answer this call with their exhibition, River to Reef. New documentary video and photographic works are presented alongside paper collages, glass art and illustration. Dan’s observational and illustrative work is balanced with Emma’s abstractions in a vivid celebration of colour, pattern and form in nature.

Facing our Future – WA’s leading role in the Indian Ocean

Join ocean leaders from across community, industry, government and academia to share our visions and practical actions towards being a leading “Blue Economy” in the Indian Ocean. Join researchers to writers, naval architects to freedivers, to entrepreneurs and elders. The number of participants is limited to less than 150 to allow intimate group discussions of less than 30 people with each presenting ocean leader. There will be pre and post-event activities to connect you with this growing community of ocean leaders. Visit the For Blue website for further details.

Join the Marine Mammal Foundation online to celebrate World Ocean’s Day with a special Virtually Marine Mammals presentation June 8th 1pm AEST “Together We Can Protect our Home” To celebrate World Ocean’s Day and our beautiful watery backyard, join Dr Kate and the Marine Mammal Foundation Team and learn all about the endangered Burrunan dolphins and other amazing marine mammals, simple actions to make a real difference, and how we can bring environmental sustainability to your classroom or community.

Meetup at the Club from 16oo to 1800 to celebrate our oceans. Live music, drinks, pizzas, Blue Planet Video and a quiz to find out what you know and need to know about our amazing and precious oceans. Members and guests welcome.

Learn More about this Organizer

Did you know that Australia was instrumental in the creation of the Antarctic Treaty in 1959? That's right and in 1989 Australia and France led a mighty diplomatic feat that resulted in a mining ban in the Antarctic. We have done so much to protect this special part of the world. Right now, Australia is taking the next step in our Antarctic legacy by leading the charge for an East Antarctic Marine Park. Join Aussie Antarctic explorer Tim Jarvis in our Facebook livestream and learn more about our Antarctic legacy and how you can help protect it. Join us on Facebook to watch the livestream!