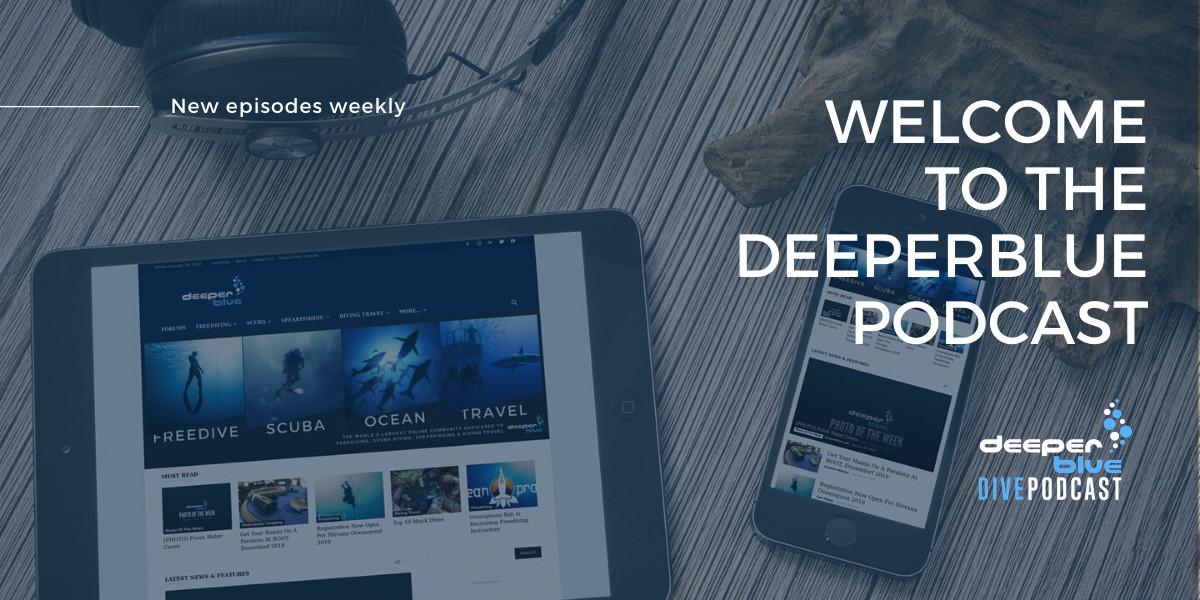 Diving at Julian Rocks in ANZ Byron Bay, winter diving at its best

Byron Bay is synonym with surfing and chilled beach life but not everyone knows that under its waters lies one of the best dive sites in the world.

Julian Rocks, a volcanic island just a few minutes by boat from Byron Bay main beach, was established as a marine reserve in 1982 and thanks to the over 35 years of protected status it is surrounded by thriving marine life. It recently made it to the National Geographic list of the top 20 dives sites in the world and, was named among the top 3 snorkelling spots in Australia.

Just off the most easterly point of Australia, Julian Rocks has dramatic seasonal changes with water temperatures ranging from 18-20 degrees in Winter up to 26-27 degrees in the peak of Summer. This creates a unique level of biodiversity year-round with over a thousand cold and warm water species found at the site.

Summer diving is extremely popular, as Byron Bay gets packed with tourists and divers enjoying the lovely weather, gorgeous beaches and warm water. Julian Rocks thrives with marine life featuring one of the largest aggregations of leopard sharks in the world and frequent visits from iconic warm water species like Manta Rays.

While the Summer diving is certainly spectacular at Julian Rocks, Winter diving is no less amazing yet very few divers outside the local community know how good it is.

The colder water temperatures make it less appealing but with water not reaching below 18 degrees, even Winter diving is pretty warm compared to diving in the rest of NSW and Victoria and all it takes is a 5mm wetsuit with an extra warmth layer to be perfectly comfortable underwater. Air temperature is also never too cold in Byron's mild Winter and the ride to the rock is just under 10 minutes so it's a quick way out and back to cup of hot coffee.

Weather is a lot more reliable in Winter with calmer sea and more consistent visibility reducing the risk of cancellations due to weather the are common in Summer with cyclones and streaks of heavy northerly winds. Daring the mildly colder waters will reward divers with some breathtaking underwater encounters. 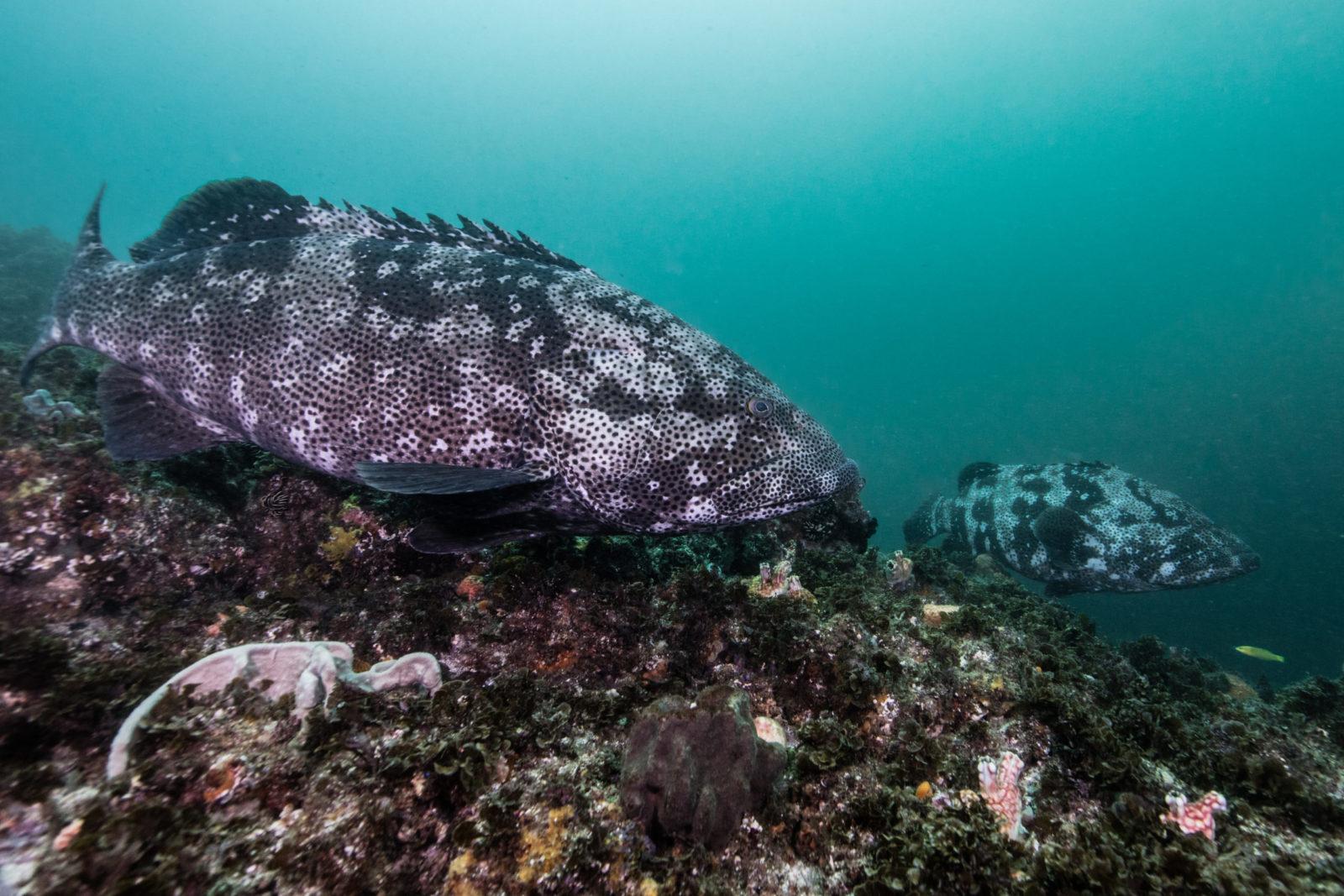 In Winter large numbers of grey nurse sharks (Charcarias Taurus) come up to Julian Rocks from further south. Ferocious looking with their irregular pointy teeth they are actually extraordinarily placid and harmless animal and very chilled around the divers.

Great encounters with grey nurse sharks are possible in many dive sites along the NSW coast but usually require diving deeper or in strong currents in more exposed locations. At Julian rocks, they'll be swimming placidly mostly in shallower than 15 meters water. While grey nurse sharks are the Winter stars of the show many any other sharks and rays call Julian Rocks home year-round. 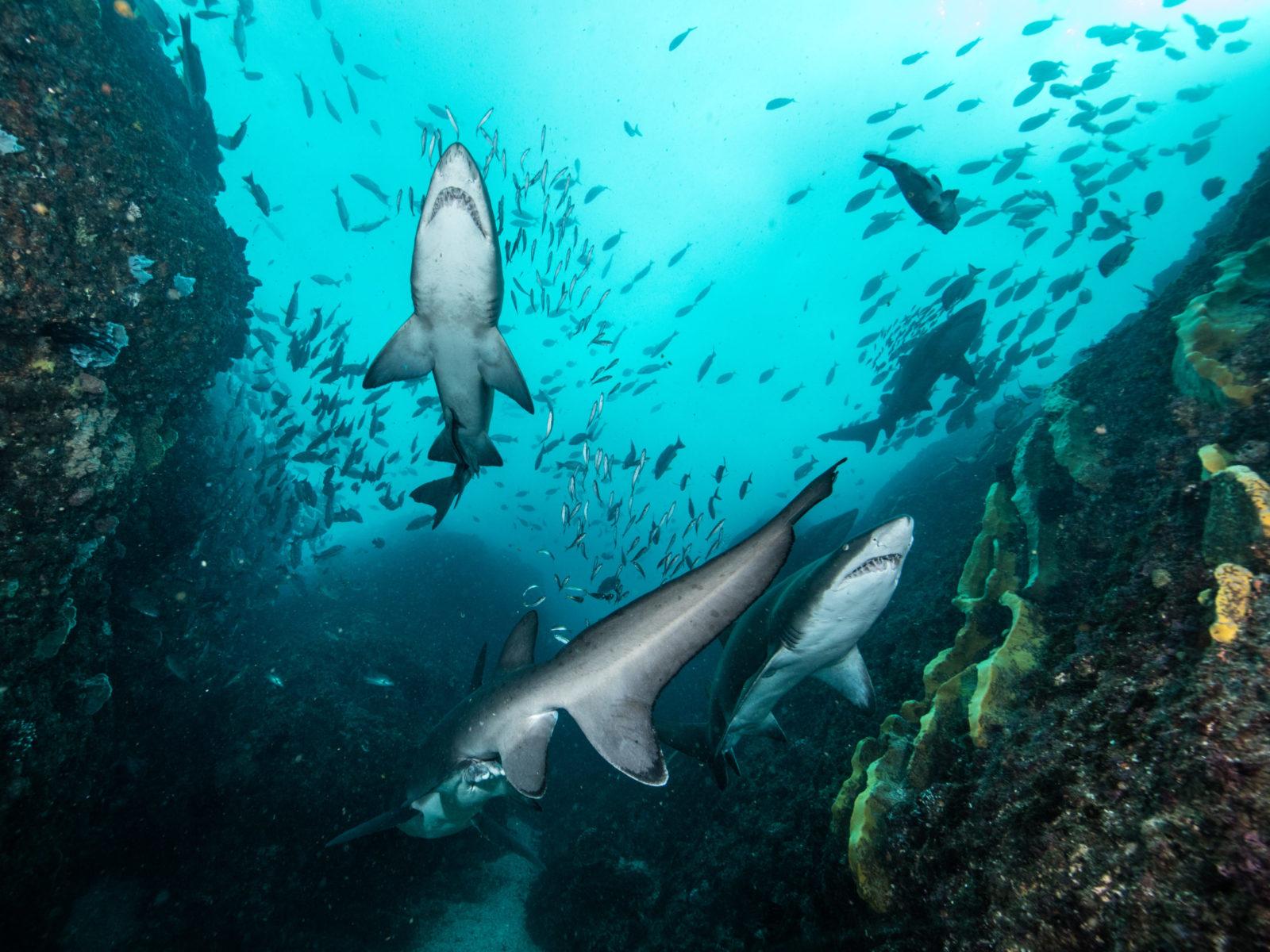 Three different species of wobbegongs live here in large numbers and are extra active in the Autumn and Winter months. The Spotted Wobbegong (Orectolobus maculatus) is the most common and can be seen everywhere swimming around or laying camouflaged on rocky outcrops. The Hale's Wobbegong  (Orectolobus halei) is probably the most impressive with beautiful coloured patterns and an imposing size, reaching 3 meters in length.  The smaller Ornate Wobbegong (Orectolobus ornatus) is actually more rare and endemic of New South Wales. At Julian Rocks, they are so many that they are often piled on each other. 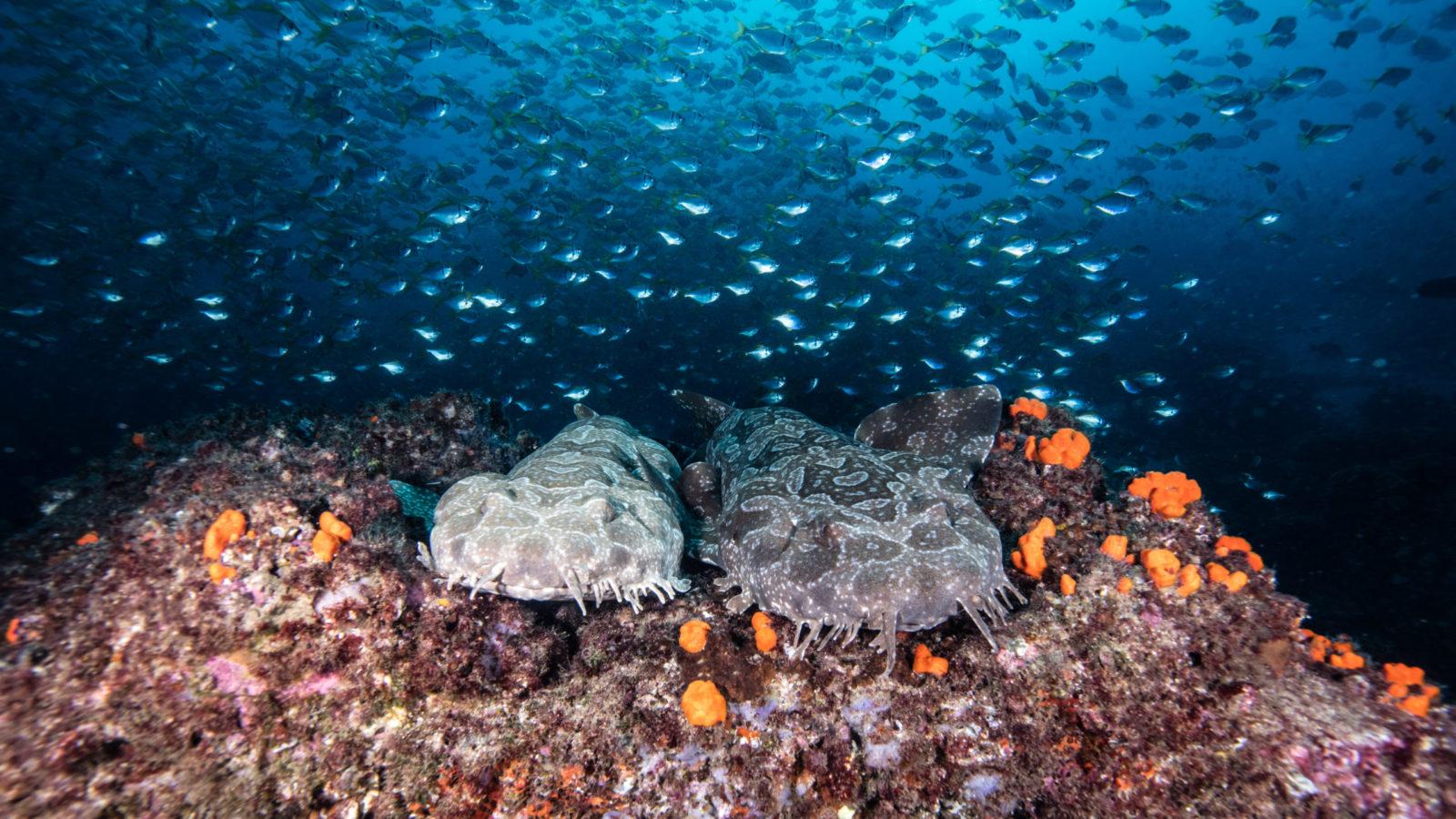 The other iconic year-round residents are three species of sea turtles. Young green turtles (Chelonia mydas) hang in the shallows close to the top of the rocks. Confident hawksbills (Eretmochelys imbricata) are found a bit deeper around the coral bommies. Then there are a few substantial resident loggerheads (Caretta caretta) that call the rock home. One of them, known to the locals as ‘Terrible Ted' very often comes to greet the divers and likes to nibble at fins and BCDs, he also loves to engage with his reflection in big camera dome ports offering a very detailed view of his tongue and mouth.

To access Julian Rocks the dive boats launch from “The Pass” one of Byron's surfing hotspots at the end of main beach. The ride to the rock takes less than 10 minutes and different dive sites open up around the base of the ‘Rocks', each with its unique characteristics. 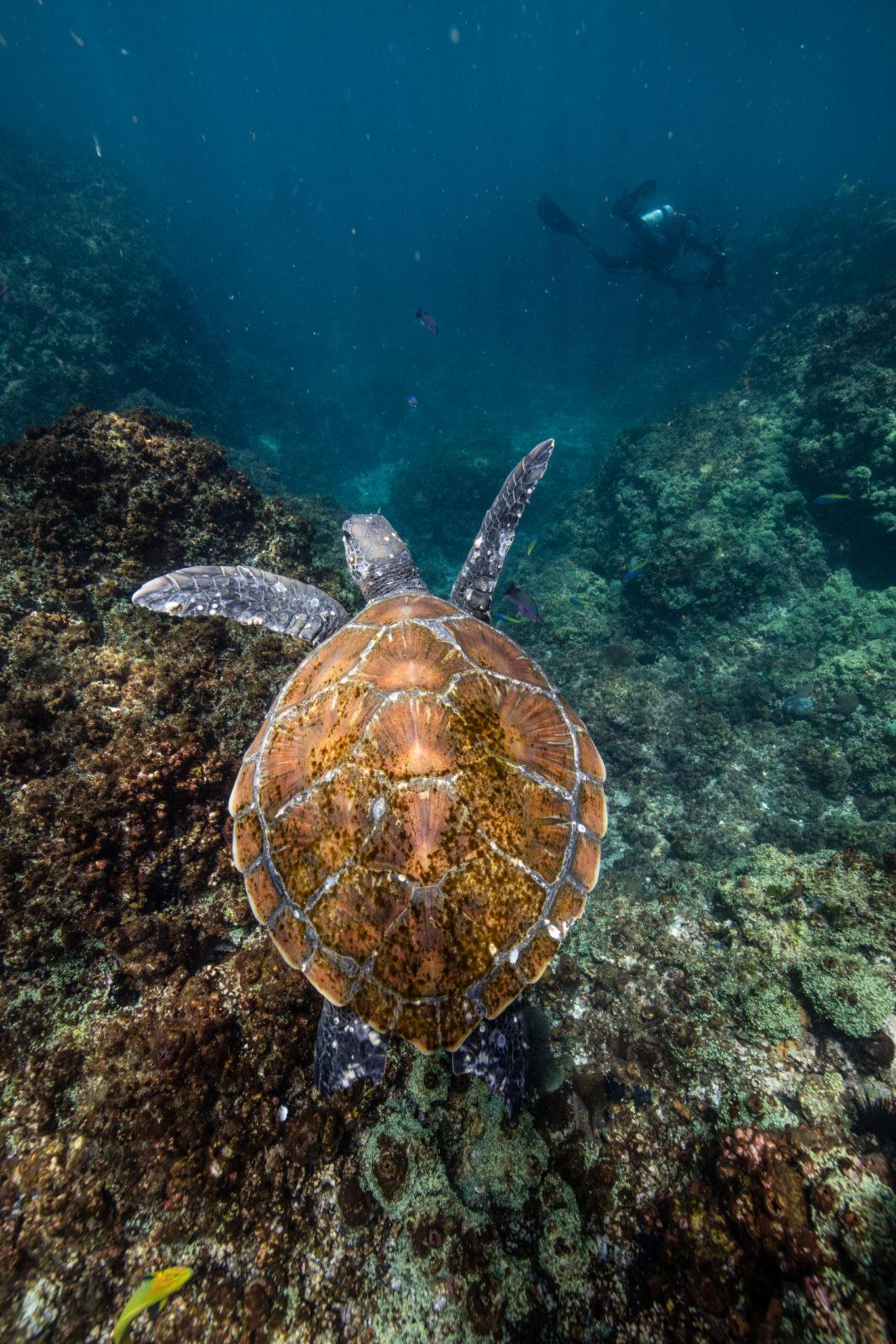 As the wind often comes from the South/South East in Winter and one of the best dive sites of Julian Rocks is almost always accessible: the Cod Hole.

The Cod Hole is a large swim-through at the eastern edge of the island facing the open ocean ranging from 15 to 18-20 meters depth. It is always absolutely packed with marine life and in Winter it is surrounded by huge schools of fish, including big jewfish and kingfish. Massive Queensland groupers and black cods patrol the waters around the deeper side. 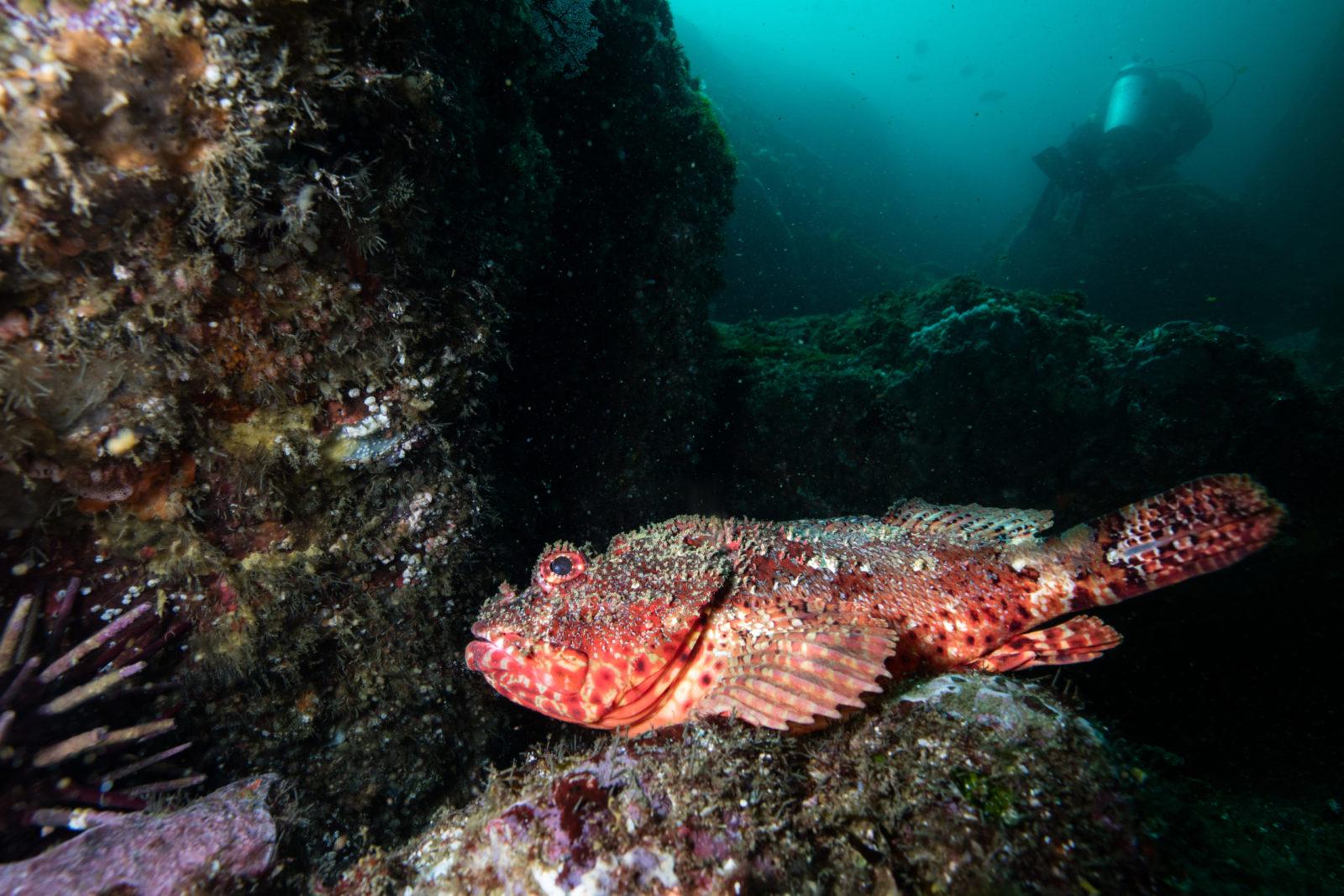 The sand trenches around the cave are the main grey nurse sharks playgrounds. On a good day, you could just lay motionless at 15 meters on the sandy trenches on the North Side of the rock for a whole dive and watch a train of grey nurse sharks swim past you non stop until 45 minutes have past and it's time to get out.

Another excellent Winter dive is Hugo's Trench. It is a canyon formed into the cut between the walls of the two large rocky outcrops that form Julian Rocks. When the wind blows from the North and create strong current conditions around the island a lot of the marine life move in there to find shelter.

The grey nurse sharks fill the trench with heavy shark traffic swimming back and forth along its length, while tens of wobbegongs carpet the sandy bottom piled onto each other. Looking up, green turtles swim in the surge near the surface and eagle rays and bull rays occasionally fly past. The walls of the trench are also literally covered in nudibranchs, corals, sponges, sea stars and all sorts of small marine life if one ever had the time to pay attention.

When the sea is calm it is possible to circumnavigate around half Julian Rocks. Descending in the protected Northside and diving past the Cod Hole resisting to stop there too long, the dive site opens up to its deeper side turning around the Eastern corner. Here a big sandy arena will often host more grey nurse sharks, rays and keeping an eye into the blue pretty much anything can be seen. 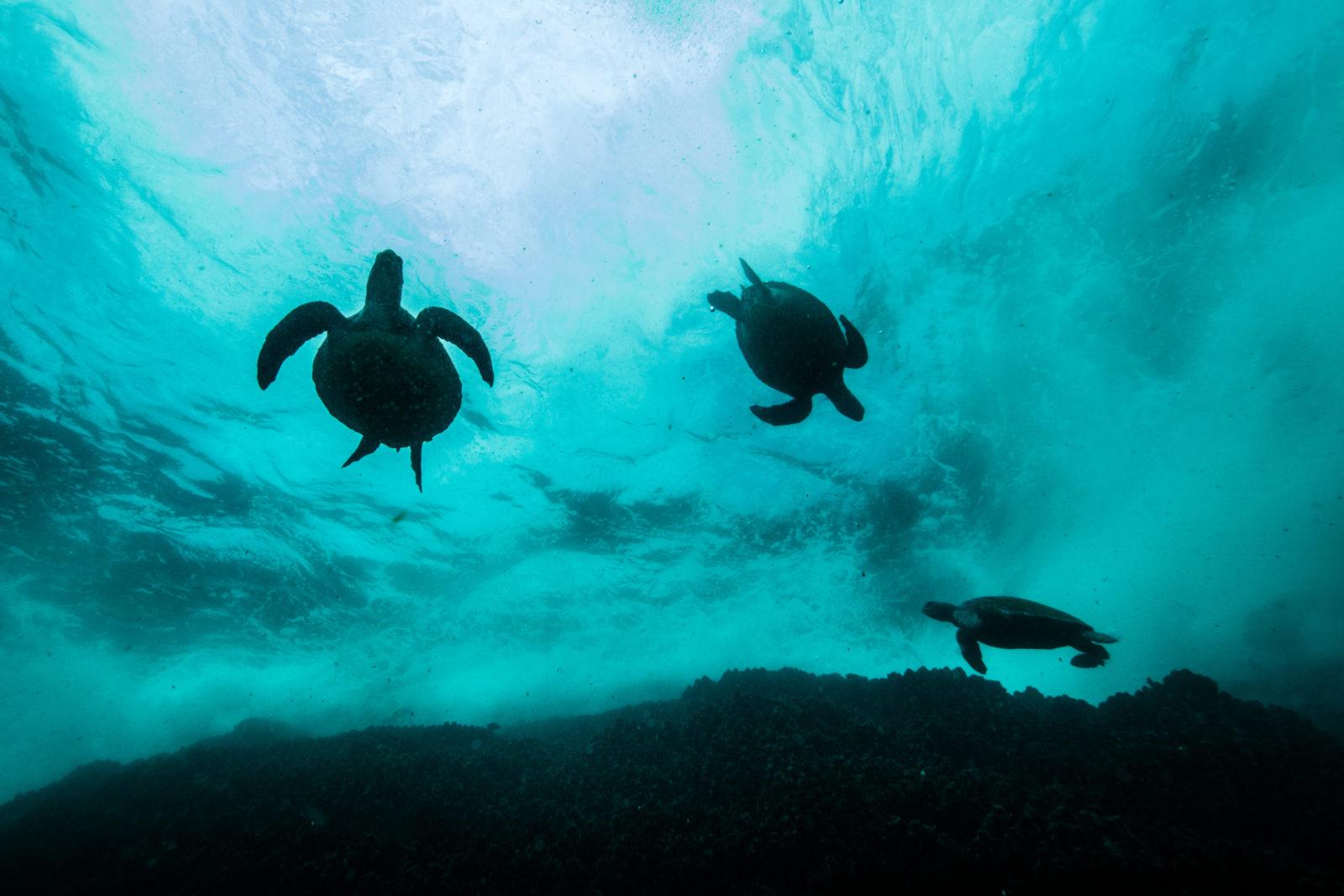 Swimming around a few big rock formations with the right guide you will find the Cray Cave, a much smaller swim through tapered with soft coral and sponges and filled with small fish with lionfish hunting. Ornate Ghost pipefish often hide in some big black coral branches just behind the cave.

The South facing side of the Rock is a quite steep wall covered in colourful sponges and macro life and eventually leads back to the opening of Hugo's trench to have a last-minute peek before surfacing. 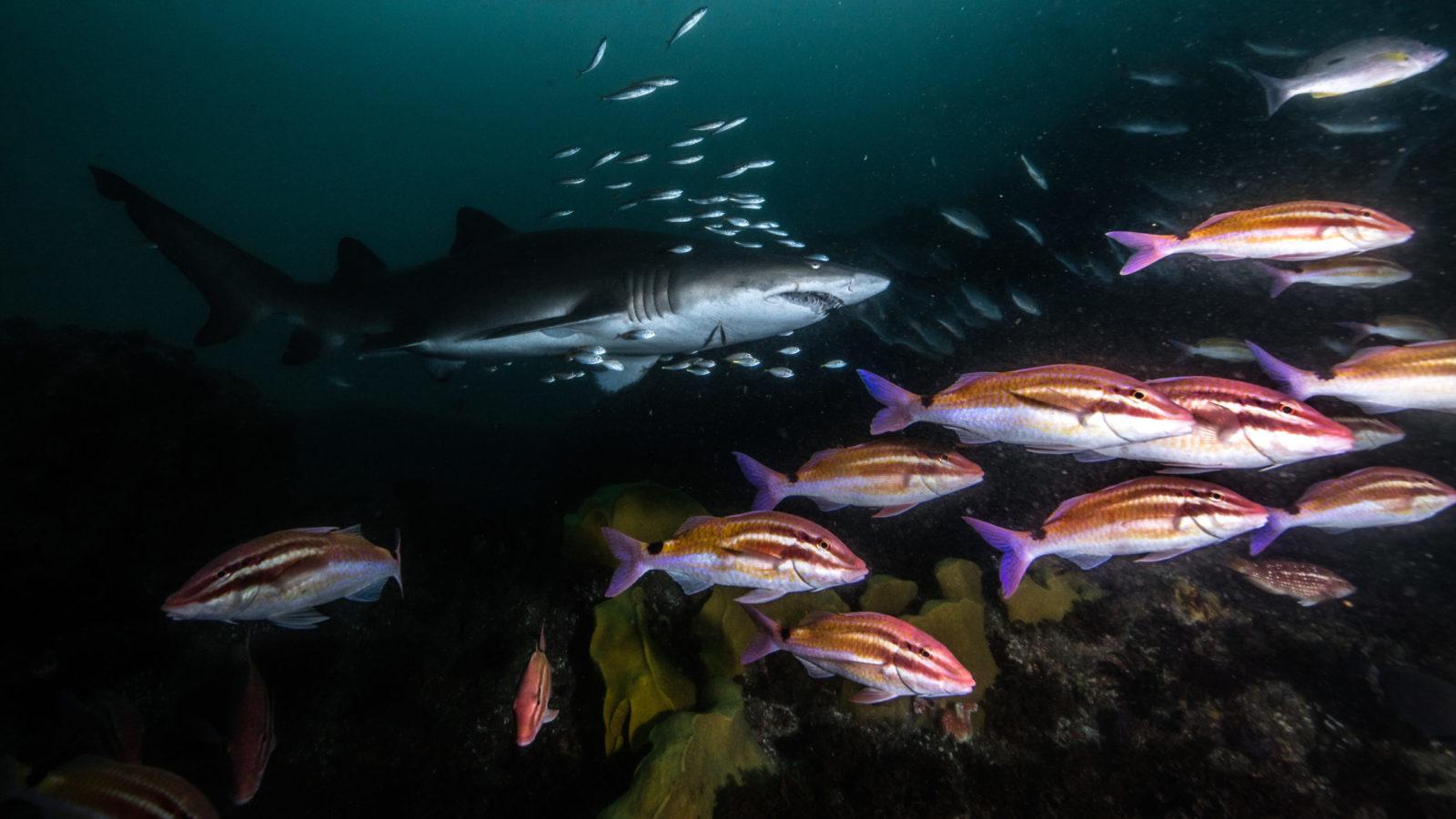 Winter is peak humpback whale migration time and it is very common to enjoy whale sightings while getting to the rock and gearing up. At the end of Winter when they come back down, calves often delight us with close breaches by the boats and on a few lucky occasions come for a friendly inspection of the funny humans underwater.

But the magical experience is the sound of the whales singing that often accompanies the whole dive, and closer and closer as we ascend to the surface, making you feel the invisible presence of these giants. Snorkelling is also extraordinary at Julian Rocks, with many of the younger turtles patrolling the shallows and the sharks also being easy to spot from the surface. In winter the snorkelers also get the most of the whales action that is happening at the surface 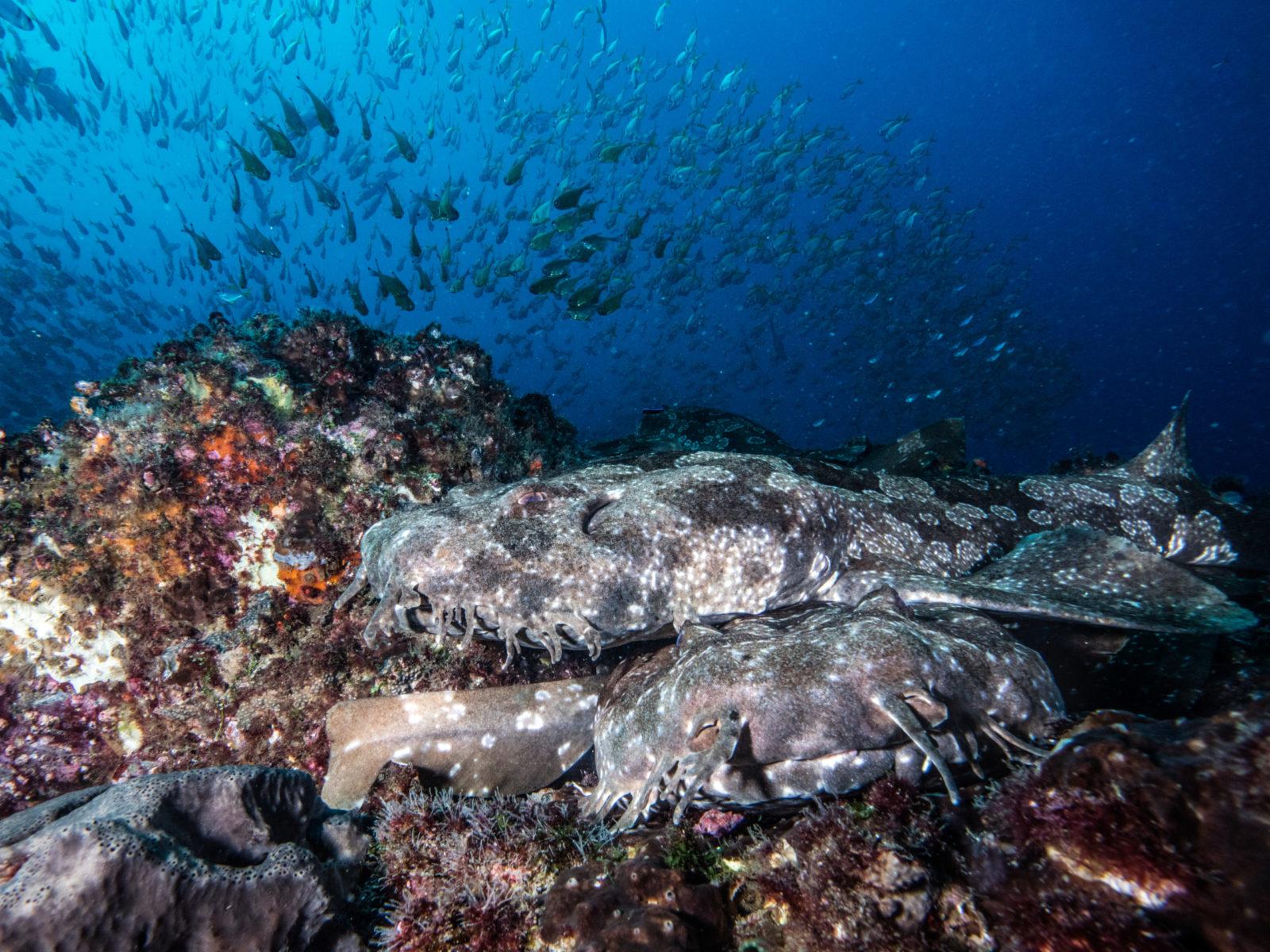 If you would like to experience Julian Rocks, Sundive Byron Bay is a Padi 5 Star Dive Center located in the centre of Byron and has been operating for over 30 years.  They offer daily diving and snorkelling trips, as well as Try Scuba experiences for non-divers. For more information, you can visit Sundive Byron Bay