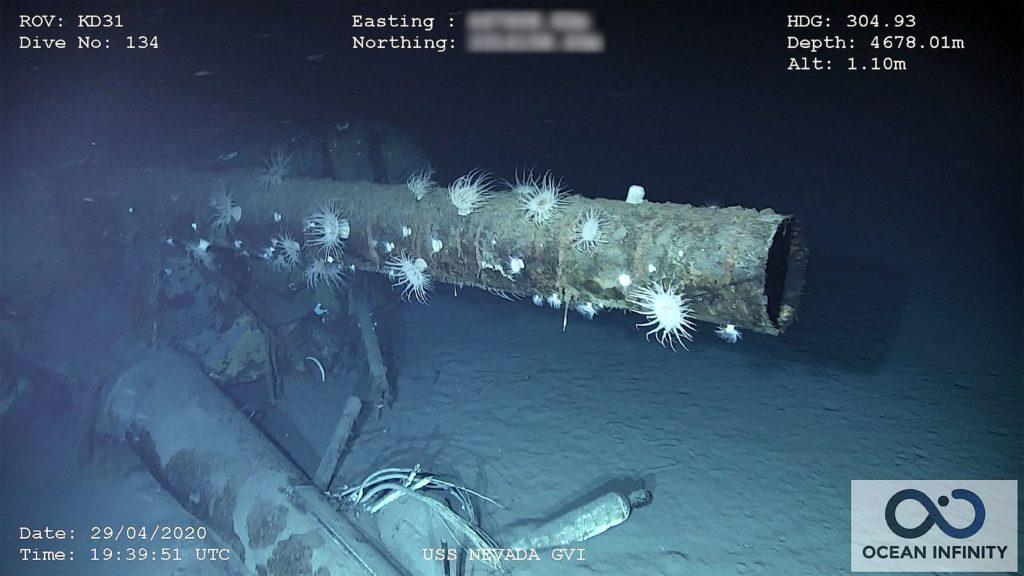 SEARCH Inc, the US-based underwater and terrestrial archaeology firm, and marine robotics company Ocean Infinity, have announced the discovery of the USS Nevada, one of the US Navy's longest-serving battleships, which saw action in both World Wars.

According to website Naval Today, the USS Nevada was located 65 nautical miles southwest of Pearl Harbour at a depth of over 4,500m.

The discovery is the result of a successful collaboration between SEARCH and Ocean Infinity, and marks the combination of SEARCH’s maritime archaeological expertise and Ocean Infinity’s robotic technology and deep-water search capability.

The mission was jointly co-ordinated between SEARCH’s operations centre and one of Ocean Infinity’s vessels, Pacific Constructor. Pacific Constructor set sail for a range of commercial tasks in the Pacific in early 2020, ahead of the COVID-19 pandemic. As a result of the global health crisis, the ship has remained at sea on a range of taskings.

USS Nevada had an extraordinary service, spanning three and a half decades. She was launched in 1914 and performed escort duties for valuable convoys headed to the British Isles.

At the end of World War One, she escorted the ocean liner George Washington, carrying US president Woodrow Wilson to attend The Paris Peace Conference.

In World War Two, on 7 July 1941 in the attack on Pearl Harbour, the USS Nevada was the only battleship to get underway but, having been struck by five bombs, finally sank in nearby shallow waters.

During this action, 60 of her crew were killed and 109 wounded.

Following salvage operations, she soon rejoined the war effort, sailing to the United Kingdom to take part in the D-Day landings, among other European operations. She then sailed to the Pacific, arriving off Iwo Jima in February 1945 and played an important part in the invasion of Okinawa.

After World War Two, the USS Nevada was assigned to be a target ship in the first Bikini atomic experiments in 1946, which she survived.

Finally, in 1948 she was used as a gunnery practice target. Unable to be sunk by the ships using her as a target, she finally went down having been hit by an aerial torpedo on 31 July 1948.

“Nevada is an iconic ship that speaks to American resilience and stubbornness. Rising from its watery grave after being sunk at Pearl Harbour, it survived torpedoes, bombs, shells and two atomic blasts.

“The physical reality of the ship, resting in the darkness of the great museum of the sea, reminds us not only of past events, but of those who took up the challenge of defending the United States in two global wars.

“This is why we do ocean exploration to seek out these powerful connections to the past,” said James Delgado, SEARCH’s Senior Vice President and lead maritime archaeologist on the mission.

“We are proud to have participated in this historic mission, which provides a tangible example of how technology can magnify the potential for discovery. Working with Ocean Infinity, the possibilities are limitless.

“The discovery of the USS Nevada is another reminder of the powerful human stories lying beneath the waves waiting to be re-told,” commented James Pochurek, SEARCH’s President.