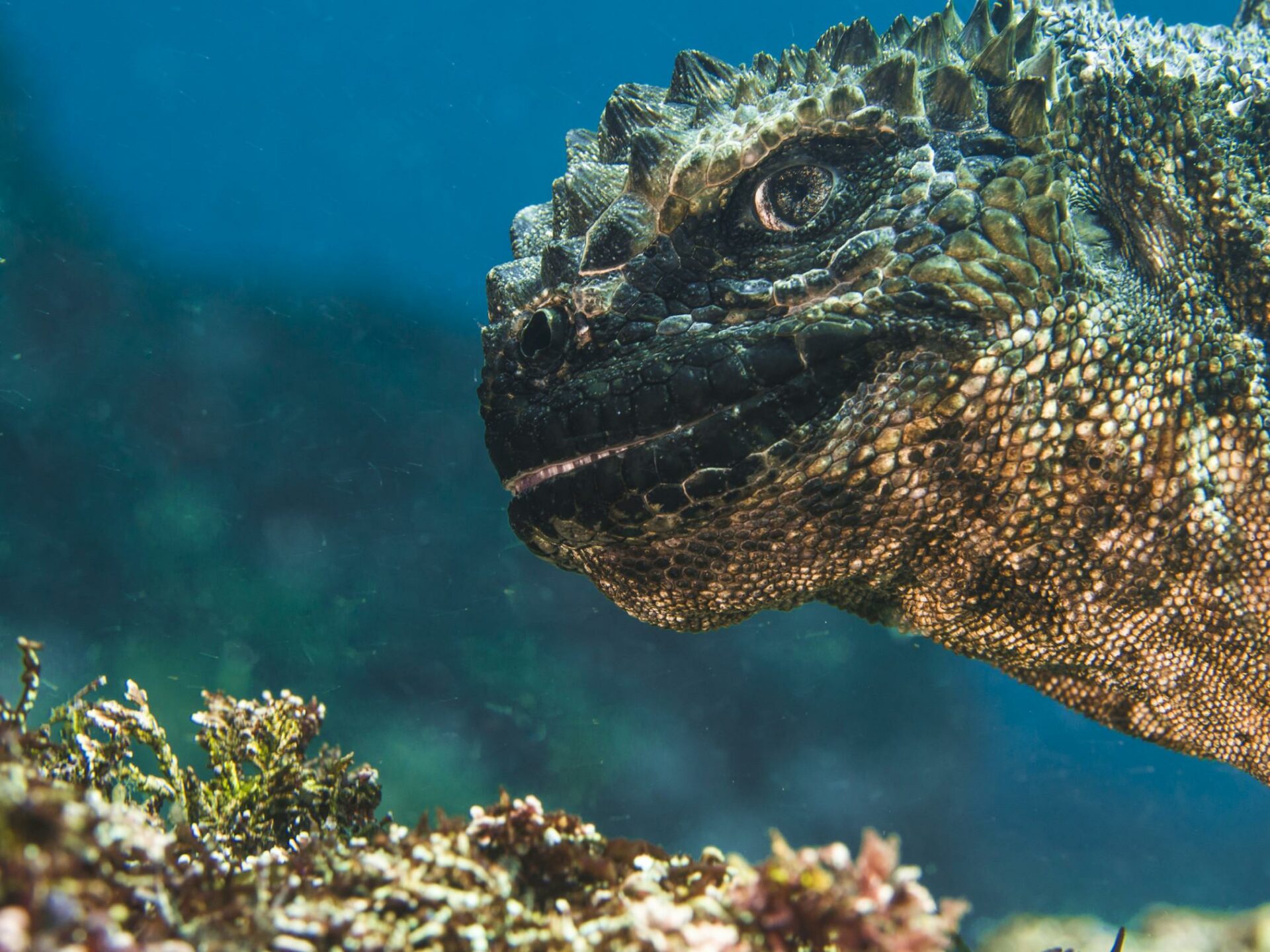 The Galapagos Islands are the only place on the planet that you can see marine Iguanas in their natural habitant. This photo looks like the fictional character Godzilla that is smiling before starting some mischief.

Sometimes it is the small detail which contributes so much. The white of the eye and the row of teeth in what could be construed as a smile convey mischief and menace in equal measures.
Peter Rowlands