The Underbathwater Photographer of the Year competition 2021 had hundreds of entries and the quality of so many of the submissions was incredibly high.

Judges Alex Mustard, Saeed Rashid and Jim Standing had quite a challenge to pick even a short list from among the array of imagery.

“We all needed some outlets during the coronavirus pandemic,” said Alex Mustard, who also organises the – slightly more-prestigious – Underwater Photographer of the Year competition, and is also a winner of Wildlife Photographer of the Year himself. “This competition gave some underwater photographers the opportunity to unleash their creativity, work on their skills, perhaps familiarise themselves with new equipment, or merely have fun.”

“The creativity on display was really amazing,” said Fourth Element's Jim Standing. “This was the second annual competition, and the standard was considerably higher than the previous year. Participants went to extraordinary lengths to capture their perfect images and in many cases, the behind-the-scenes images and the back story were as impressive as the photos themselves.”

“It was intriguing to see the different interpretations of the purposefully vague categories – some taking a literal approach to self(isolation) portraits and others including their pets in the indoor animal behaviour category,” said award-winning underwater photographer Saeed Rashid. “It was great to see photographers enjoyed getting in touch with the creative processes in a way that would never have happened if we hadn’t been forced to take extreme measures to protect ourselves and each other during the pandemic.”

Barry McGill is a diving instructor and technical diver who spends much of his time diving off the coast of Ireland and the judges were really taken with the feeling of authenticity that he achieved in creating a scene in Lego which captured the gloom of low visibility with the excitement of seeing objects, people and the seabed emerging from the murk.

Anyone who has tried to control the buoyancy of Lego in the bath (and there were many) will know how difficult it is. To control this many elements in one image is nothing short of masterful.

We had the added benefits of being able to see the behind-the-scenes images, which demonstrated the lengths to which Barry went to capture the perfect shot.

Mikko was last year’s winner and his entry this year epitomised what lockdown and coronavirus has meant for many. He created the image in a hotel room in Jakarta while in quarantine, using the materials which came to hand – his daughter’s modelling clay served to create a boat and a polar bear, while hotel towels and nappies produced the ethereal ice cave like effect. The almost perfectly still surface with associated reflection showed the control that was needed in a race against time before the modelling clay dissolved. The result, rotated through 180 degrees to create the surface of the sea, is stunning.

This image was breathtaking – not least because the judges had all seen real images which this sought to emulate. The use of materials to create the hole through which the light streamed was ingenious, and the effect left the judges wondering how such depth was achieved.

“It is quite an achievement to create an image using a Lego figure where your first instinct as a diver is to want to go and dive there,” said Jim Standing.

This close encounter has great composition and made the judges smile. Here the creativity was not so much in the construction (the photographer used a standard Lego set) but in the great use of lighting and a wonderful juxtaposition of predator and prey.

While not exactly under the waters of a bath, this image took a very different approach to the category, telling the story of the experience of life in lockdown during the pandemic. It seemed logical, although a logistical challenge, to use a toilet for this purpose. The face in question has two distinct sides – as the photographers’ narrative explained – to show that people have experienced lockdown in different ways, not all of them positive. The lighting, leaving the left-hand side of the face shadowed, lends a solemn air to the image.

The control required to achieve this still surface interface is phenomenal, especially considering the model had to keep both eyes open, one of which was actually crossing the surface. The blue bathtub gives a very clean effect, allowing the face and its near-perfect reflection to stand out.

This unique image uses both UV lighting and Fluorescing make-up to achieve a dark yet ethereal effect. The judges were impressed not only with the effort that went into setting up this image, but also with the creativity in capturing the smoke-like wisps as the make-up washed off. A highly accomplished unique image.

This category was dominated by nudibranchs and the recreation of scenes often shot in the real world. There were so many contenders in this category that managed that near facsimile of the real thing. But what stood out were those that added a little something extra.

The interaction of the eye contact between the anemonefish and her ‘eggs' is where the judges felt that this photo succeeded in bringing an added dimension to what was clearly an attempt to mimic one of judge Alex Mustard’s own ocean images. The negative space framed by the ingenious use of what looks like Christmas baubles – or might even be the chain from the plug – as eggs draws the viewer in, before realising that this shows toys in the bath.

The cheeky humour of this photo – a recreation of many real underwater images – made the judges smile, but it was the addition of the tiny bubble reflecting the eyes of the fish which elevates this image into something more than a bit of fun.

This photo is as much about the nature of the competition as it is about the image itself. Clearly taken in the bath, the judges enjoyed that the diver and shark silhouettes appear to be circling the drain, which lends an additional dimension to this image that according to the photographer attempts to capture the dreams of dives before lockdown.

There were several attempts to create photorealistic images, especially in the animal behaviour category, but this one, presented in black and white, required a double take which then revealed that the ice in the background was in fact plastic bottles and the subjects were models. The position of the orca was so lifelike that the only giveaway was the still surface of the water capturing the reflection so well.

Note – the same photographer submitted a short video in this category which was ineligible due to not being a photograph, but the subtle recreation of movement using light over the back of a model of a whaleshark was effective enough once again, to need a second look as it was so reminiscent of the real thing.

Timing is everything. The brightly coloured octopus (made from a fishing lure) against the dark background of swirling ink created a dramatic image which leapt out of the screen. The photographer also submitted the video showing how the shot was taken demonstrating the creativity and timing needed to capture this image.

This recreation of a classic image is given the full Underbathwater treatment by the use of Lego. A close contender in the lockdown Lego category, the image suggests motion beautifully and it’s almost possible to ignore that this is, in fact, a toy. 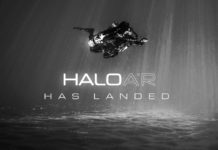 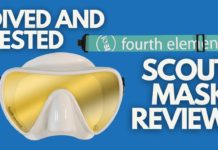 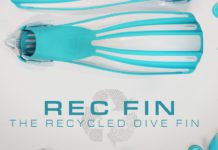 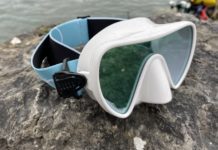 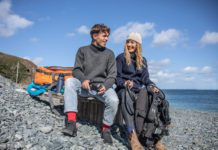 Fourth Element get back into knitwear 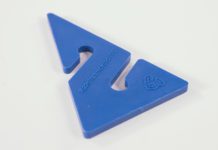