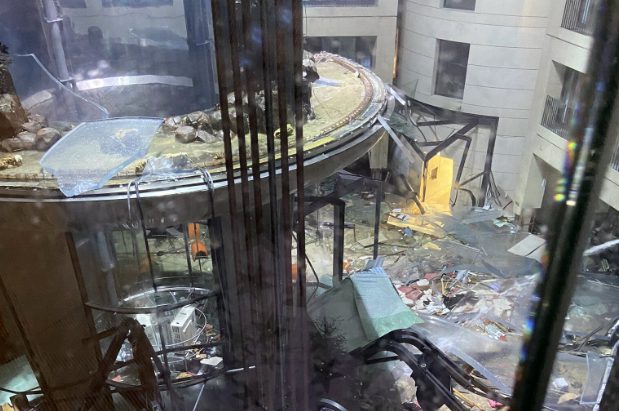 A gigantic aquarium in the lobby of Berlin's Radisson Blu hotel has exploded, tragically killing most of the 1,500 fish contained within, and injuring two people.

The AquaDom, at one time described as the largest free-standing cylindrical aquarium in the world, was opened in December 2003 and stood nearly 16 metres high and contained a million litres of water. The incident happened at 5.50am, and witnesses reported being awoken by a loud bang and shaking.

According to reports, there was ‘incredible' damage, and in photographs from the scene you can see twisted metal and smashed concrete.

There has been speculation that freezing temperatures – which dropped as low as -6 degrees C overnight – may have caused a crack in the tank.