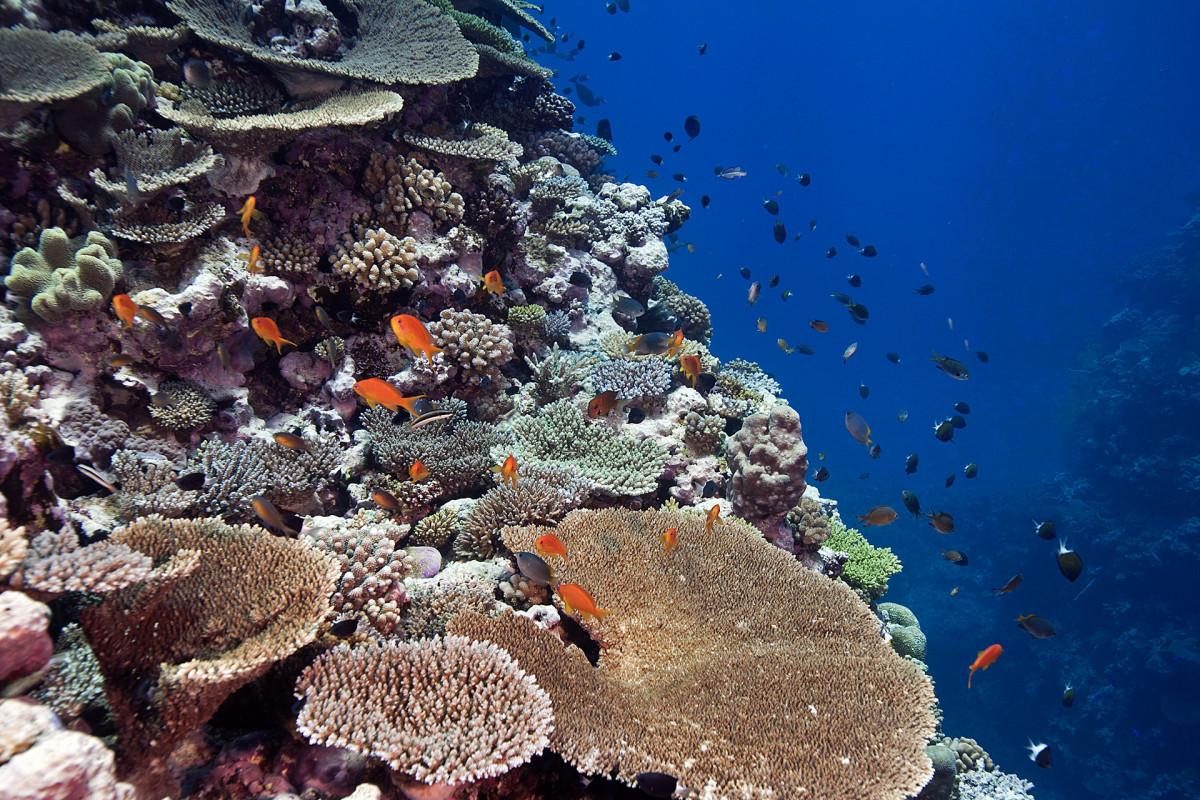 The Spectacular Reefs of New Caledonia 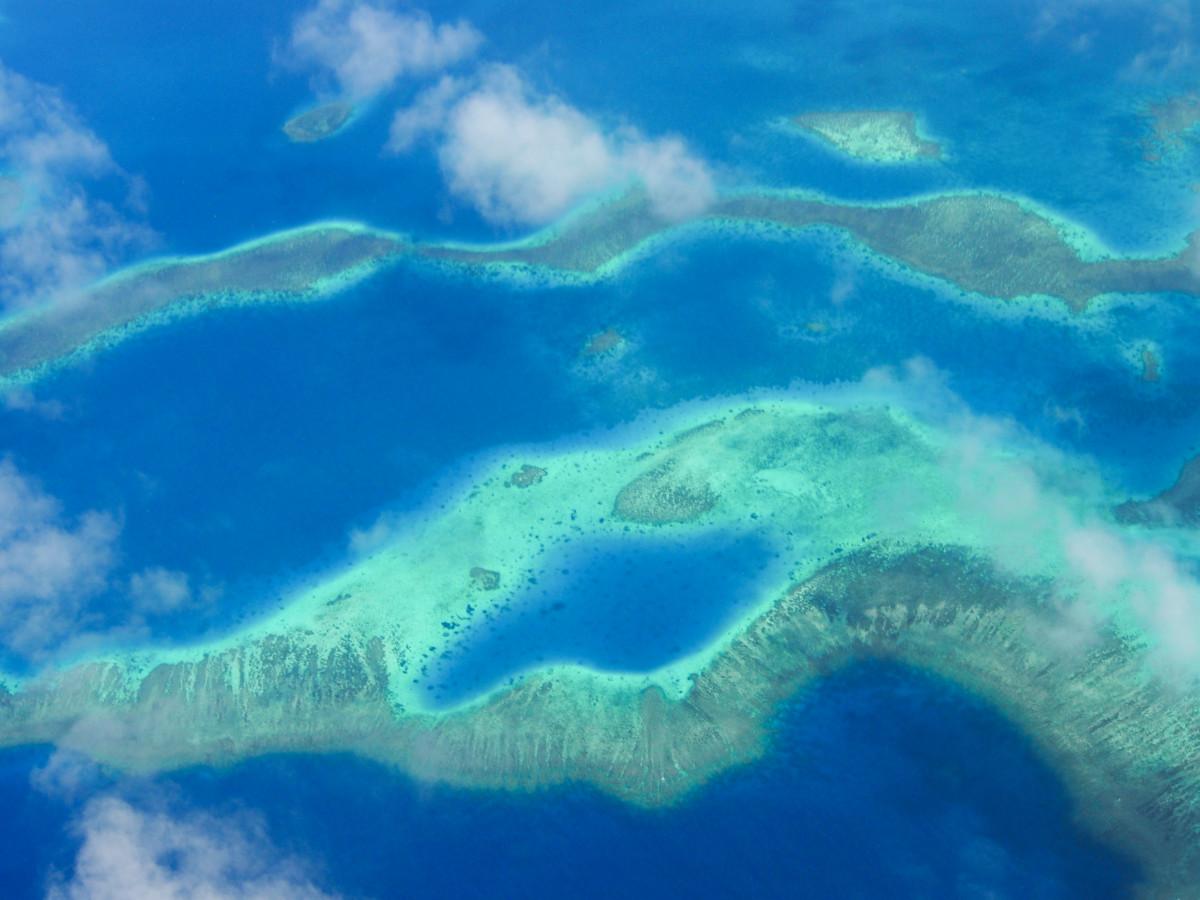 ANNAPOLIS — A new report from the Khaled bin Sultan Living Oceans Foundation (KSLOF) provides a promising assessment of the status of coral reefs in New Caledonia. Released today, the Global Reef Expedition: New Caledonia Final Reportsummarizes the Foundation’s findings from a research mission to study the health and resiliency of the coral reefs of New Caledonia, part of KSLOF’s larger efforts to study the reef crisis unfolding around the world. They found many of the coral reefs to be in surprisingly good health, even in unexpected places. 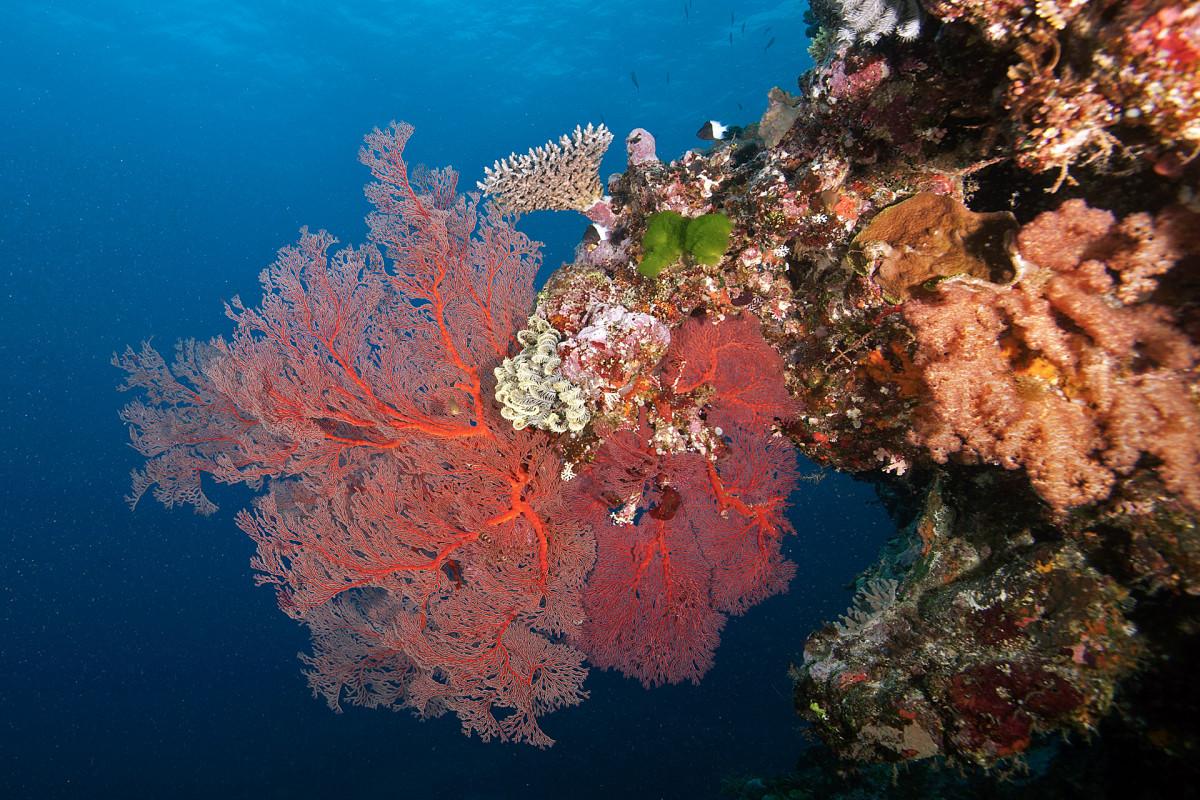 This research initiative was conducted as part of the Global Reef Expedition, a 5-year scientific mission that circumnavigated the globe to collect valuable baseline data on the state of the reefs and the threats they face. Of the 22 research missions the Foundation conducted in the western Atlantic, Pacific, and Indian Oceans, the reefs of New Caledonia stood apart as some of the most beautiful and well-preserved.

“The reefs of New Caledonia are simply spectacular. Incredible diversity. Remarkable morphology,” said Dr. Sam Purkis, KSLOF’s Chief Scientist as well as Professor and Chair of the Department of Marine Geosciences at the University of Miami’s Rosenstiel School of Marine and Atmospheric Science. “But in New Caledonia, as elsewhere, the reefs are gravely threatened by local impacts and climate change. 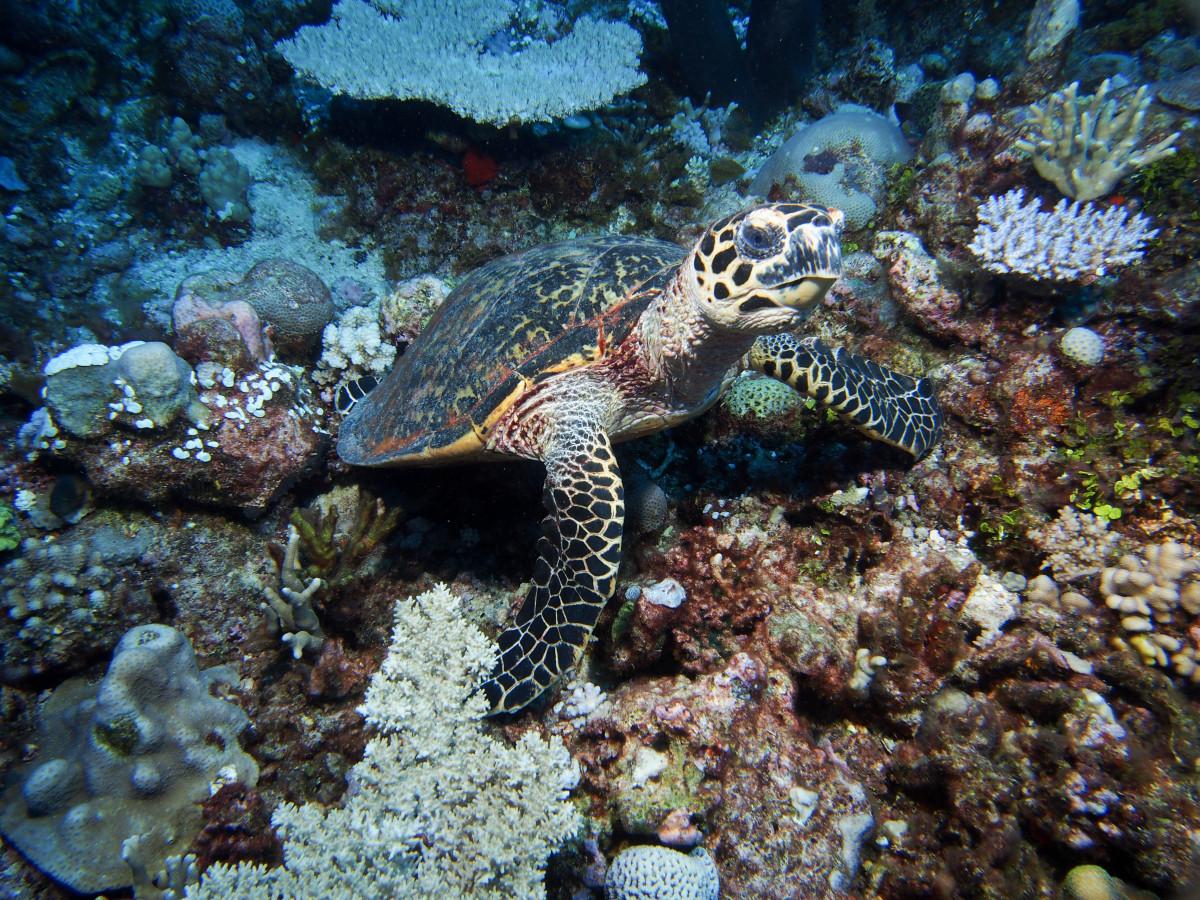 The Living Oceans Foundation achieved two important objectives in the country – first, they mapped, using satellite, many of the remotest reef systems in New Caledonia for the first time. Second, the field data collected by the Foundation set a baseline condition for these reefs which can be tracked into the future to understand change. We hope that future change takes the form of an improving condition of the reefs, as new conservation initiatives are sparked by the Living Oceans dataset.”

Working closely with local experts, researchers from the Institut de Recherche pour le Développment (IRD), and marine scientists from around the world, scientists at the Khaled bin Sultan Living Oceans Foundation spent more than one month at sea conducting comprehensive surveys of the coral reefs and their fish in New Caledonia, as well as creating detailed seabed maps. 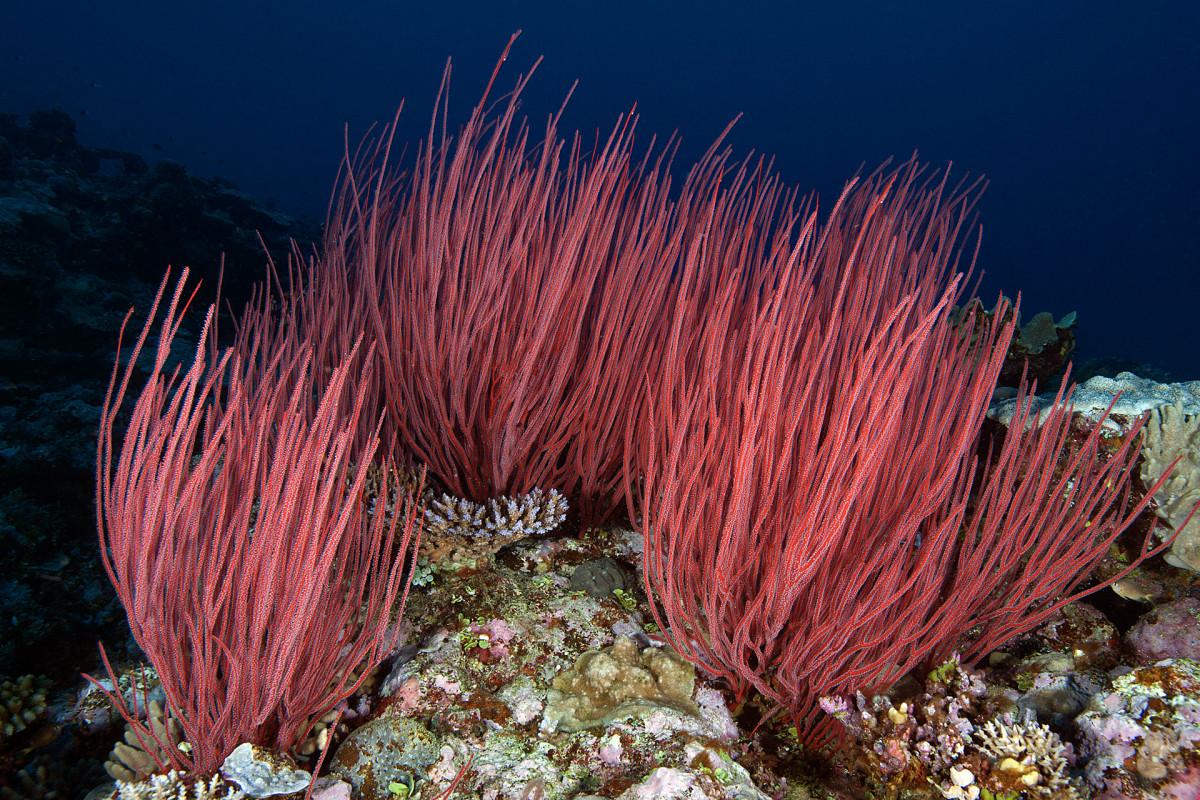 In October and November of 2013, these scientists conducted over 1,000 surveys of corals and reef fish and mapped over 2,600 km2 of shallow-water marine habitats in 10 locations throughout the country, including reefs in the Entrecasteaux Atolls, Cook Reef, Ile des Pins, and Prony Bay.

On the Global Reef Expedition mission to New Caledonia, scientists found most of the reefs to be relatively healthy, with abundant and diverse coral and fish communities. Reefs far from shore, or protected in Marine Protected Areas (MPAs), were in particularly good condition, but many nearshore reefs showed signs of fishing pressure with few large and commercially valuable fish. One notable exception was Prony Bay, which had the highest live coral cover observed in New Caledonia. 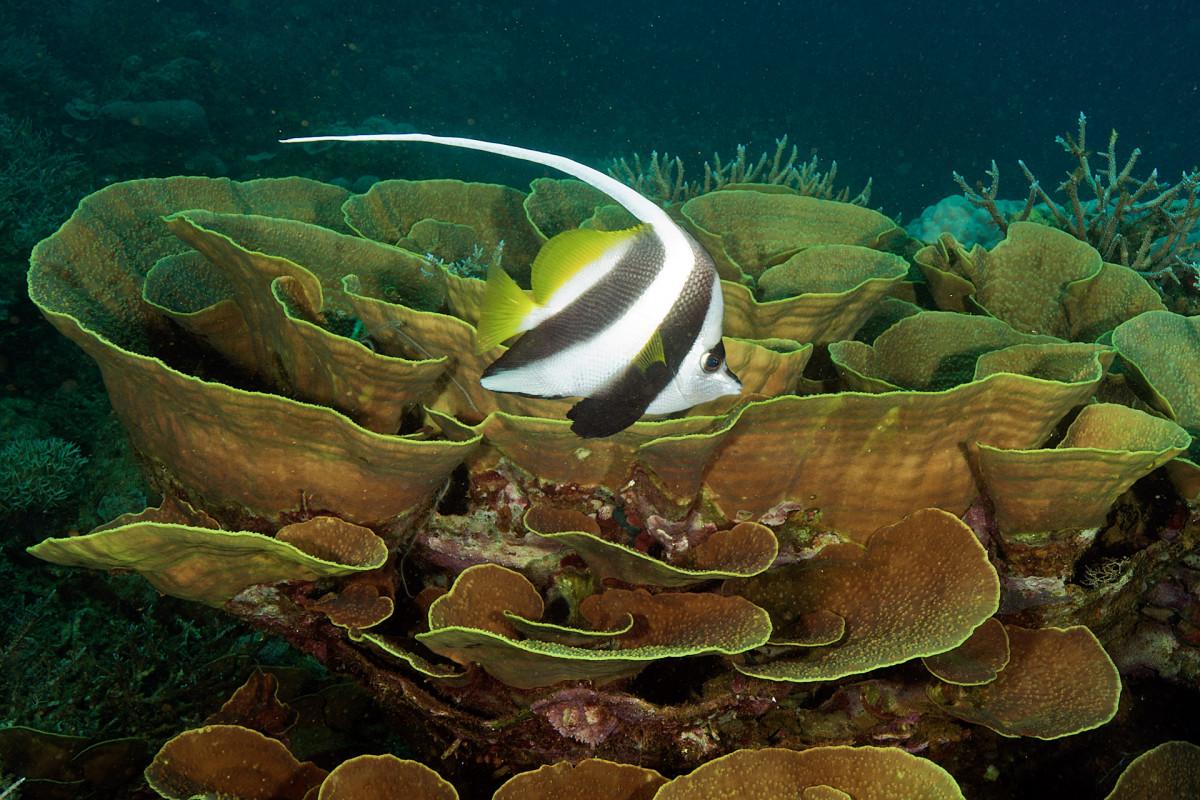 “One of our most surprising findings from New Caledonia was coral reefs thriving in unexpected locations, such as Prony Bay,” said Alexandra Dempsey, the Director of Science Management at KSLOF and one of the report’s authors, who was shocked to find such high coral cover in the bay’s murky waters.

This was unexpected given the nutrient and sediment runoff from nearby copper mines and the presence of hydrothermal vents in the bay.  “Corals were surprisingly abundant in what would normally be sub-optimal conditions for coral growth. This gives us hope for the future of coral reefs. More research is needed, but this finding shows us that at least some corals can adapt to survive in high-stress environments.” 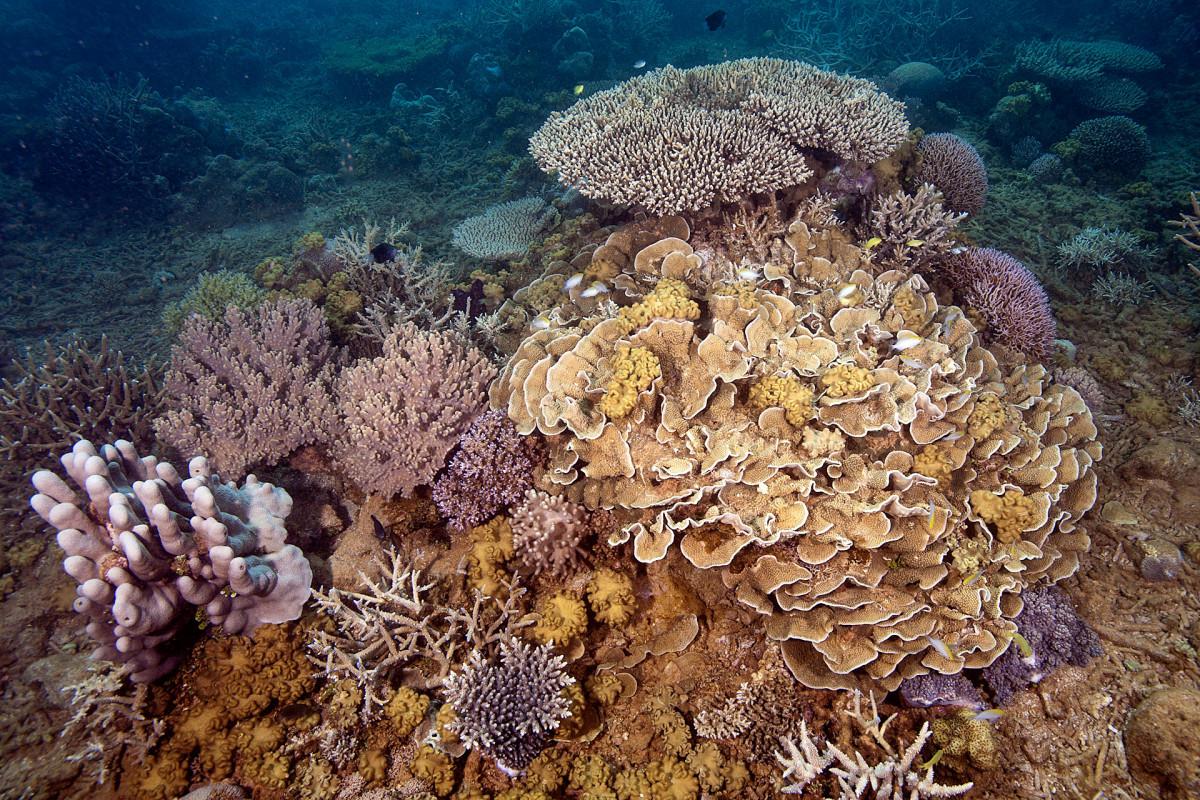 New Caledonia is a global leader in marine conservation. Home to the 2nd largest MPA in the world, New Caledonia has already made great strides to protect their reefs and coastal marine resources. The report released today provides new information on the status of coral reefs and reef fish in New Caledonia, including baseline information on reefs inside Le Parc Naturel de la Mer de Corail, an MPA established in 2014.

Although several years have passed since the research mission, these baseline data could be very helpful to marine managers in New Caledonia, by helping them identify areas which may be in need of additional protection and allowing ecosystem changes to be tracked through time. 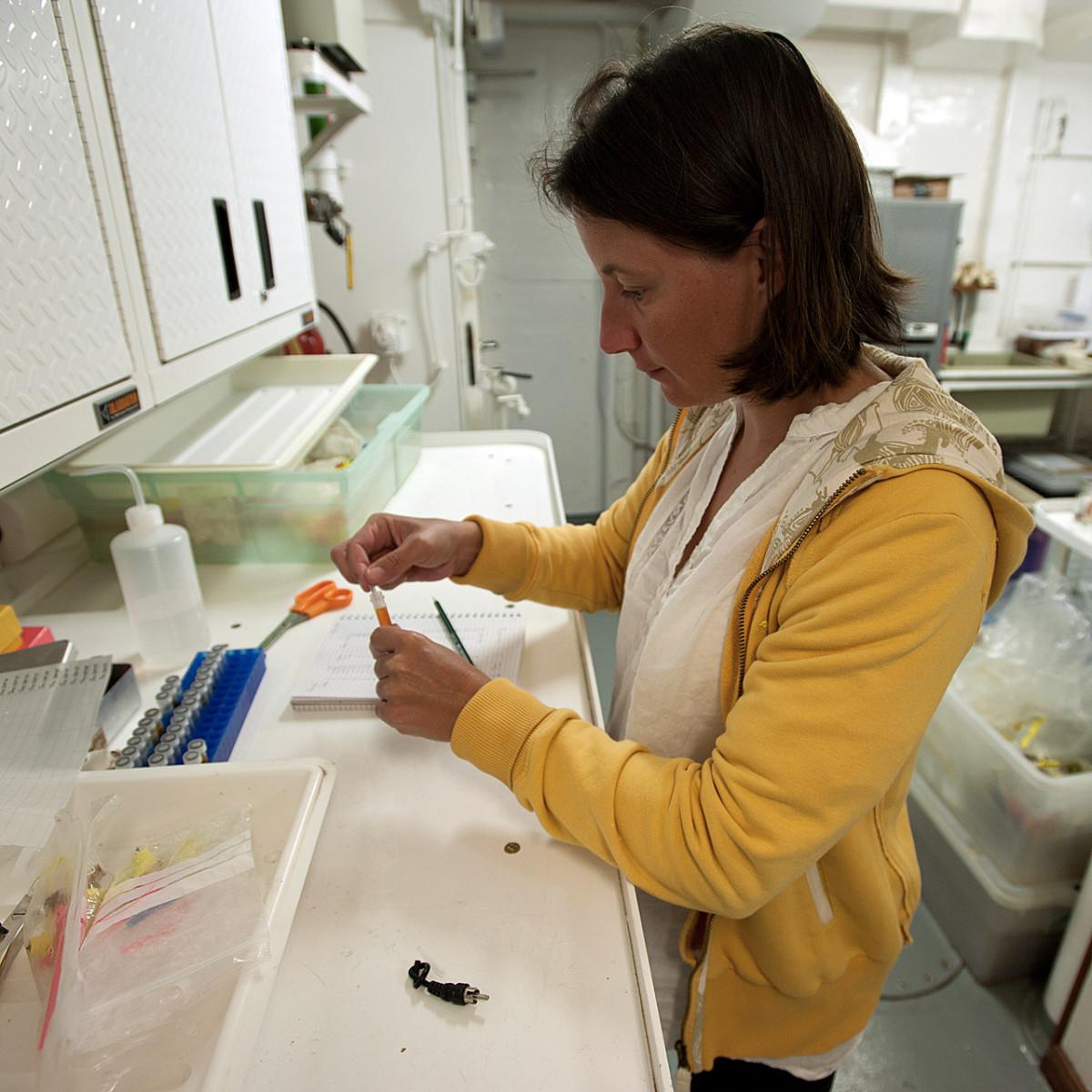 “This report provides government officials, marine park managers, and the people of New Caledonia with relevant information and recommendations they can use to effectively manage their reefs and coastal marine resources,” said Renée Carlton, a Marine Ecologist with the Khaled bin Sultan Living Oceans Foundation and one of the authors of the report. “We hope the data will inform ongoing marine conservation and management efforts to protect coral reefs and fisheries in New Caledonia, so that these reefs continue to thrive for generations to come.”