Study shows manta rays form social bonds with each other 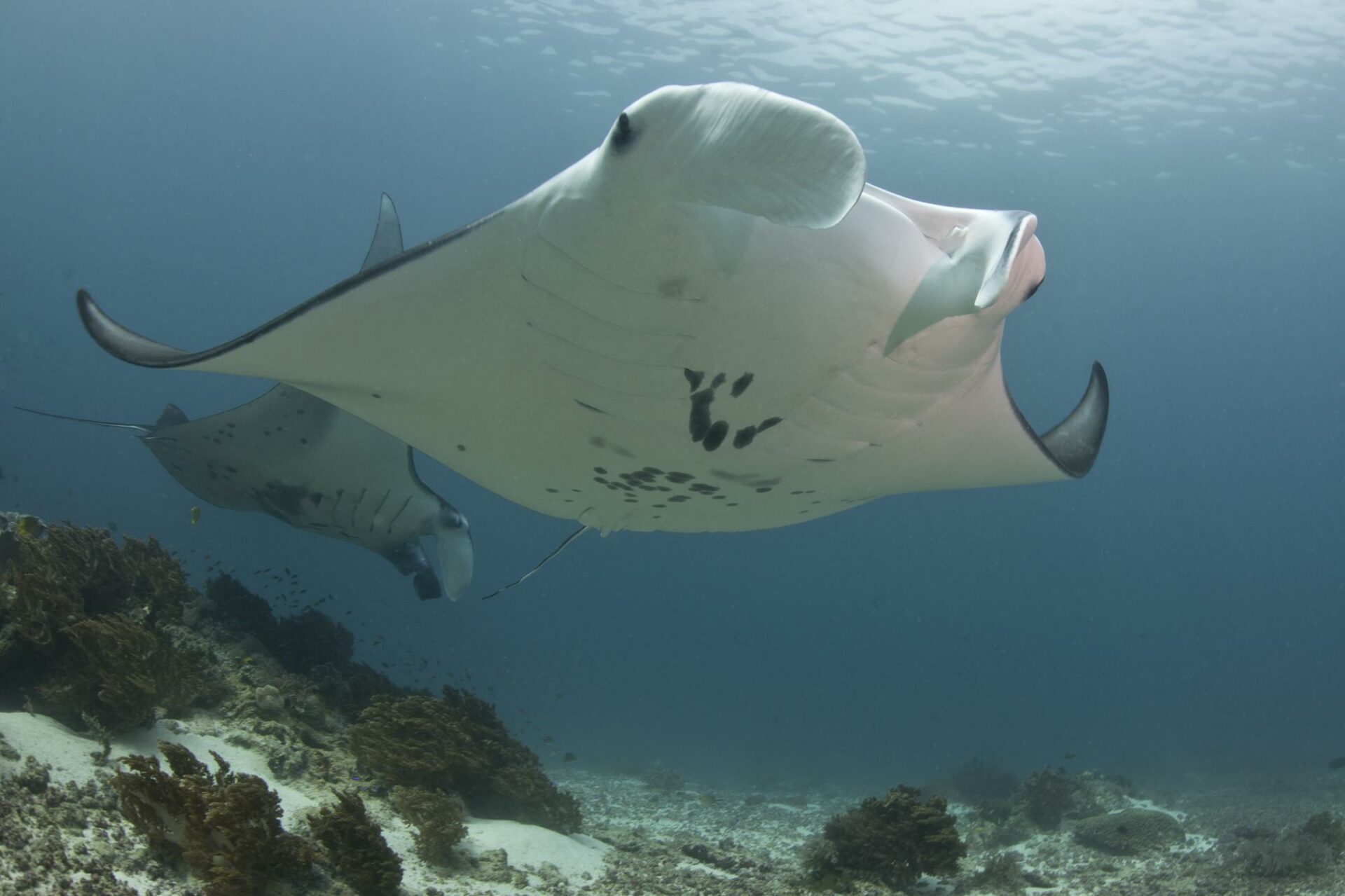 Sharks and rays are often thought to be solitary creatures, but reef manta rays typically form groups at shallow-water feeding and cleaning sites. The researchers studied the structure of more than 500 of these groups over five years, in Indonesia’s Raja Ampat Marine Park, one of the most-biodiverse marine habitats on Earth. They found two distinct but connected communities of rays living together. These social communities were quite differently structured, one being made up of mostly mature female rays, and the other a mix of males, females and juveniles. 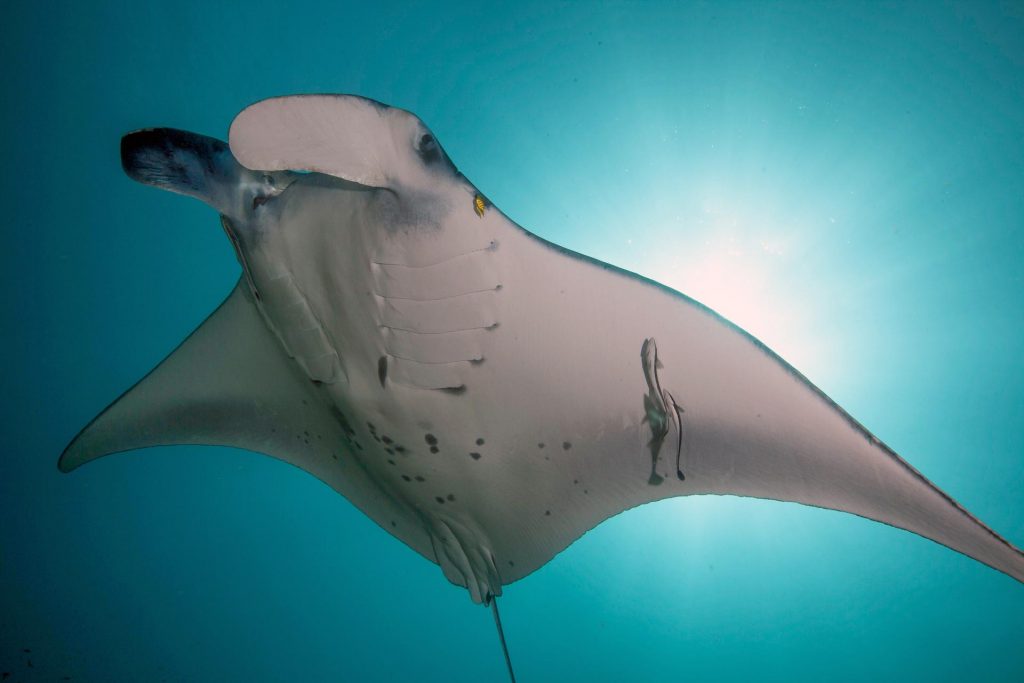 “We still understand very little of how mantas live their lives, but we know they are socially interactive, and these interactions seem important to the structure of their populations. Understanding social relationships can help predict manta ray movements, mating patterns and responses to human impacts. That’s essential for conservation and ecotourism efforts,” said lead author Rob Perryman, a researcher for Marine Megafauna Foundation and PhD student at Macquarie University.

The study, published in the journal Behavioral Ecology and Sociobiology, used social network analysis to show that manta ray communities contain a web of many weak acquaintances, with some stronger, longer-lasting relationships. Though they do not live in tight-knit social groups, the team noticed that female mantas tend to make long-term bonds with other females, while males did not have many strong connections. This could be due to different reproductive strategies or dispersal patterns.

“Like dolphins, manta rays are intelligent and perform collective behaviours such as foraging and playing. They are curious, often approaching humans, and individuals appear to have different personalities. It turns out that reef manta rays actively choose to group with preferred social partners,” Perryman added. 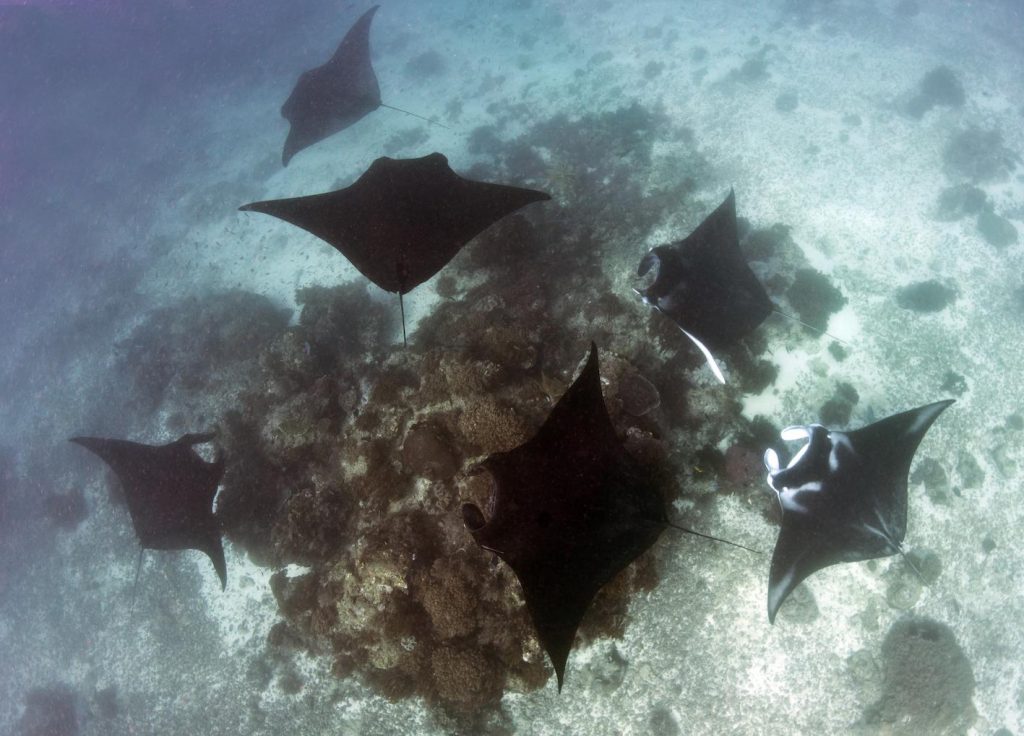 To identify social structures, the researchers took identification photos of all rays present in each group, and monitored whether individuals were more likely to be seen together (at different times and in different locations) than expected if encounters were random.

The locations used by the rays seemed to be important to their social relations. Manta rays form groups at cleaning stations where they are attended to by cleaner wrasse and other small fish. The team observed that certain social groups were regularly seen together at these sites, and so may be using them as social meeting points. Some rays had very strong affinity to certain cleaning stations. The researchers were surprised to find this given the close proximity of all sites and that mantas are generally mobile and wide-ranging animals. They concluded that the rays left and returned to preferred sites where they formed groups through a ‘fission-fusion’ social process.

Like many sharks and rays, manta rays are internationally threatened animals and population declines have been reported in various locations worldwide. They are hunted for their valuable gill plates used in traditional Chinese medicine. Other anthropogenic threats include injuries or entanglement in discarded nets and lines, pollution and habitat destruction.

It is important to find the right balance between preserving a species and encouraging sustainable wildlife viewing that brings economic benefits. “Knowing how mantas interact is important, particularly in areas where they are susceptible to increasing dive tourism,” said Dr Andrea Marshall, co-founder and principal scientist at the Marine Megafauna Foundation. “The increasing number of boats and scuba divers around reef mantas in Raja Ampat, particularly at cleaning stations, could break apart their social structures and have impacts on their reproduction.” 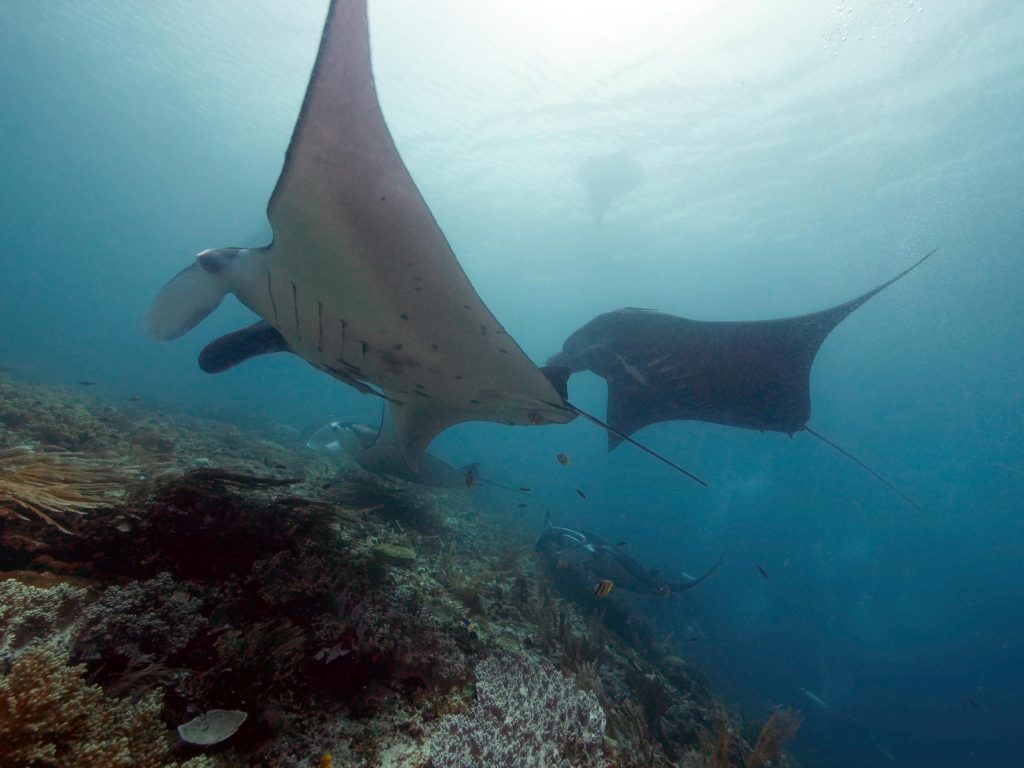 Dr Ricardo F. Tapilatu, a co-author working at the University of Papua and the main Indonesian counterpart for the project said: “Pristine marine environments such as the manta ray aggregation sites in Raja Ampat are of increasing interest to tourists. This collaborative research is set in the extremely biodiverse region of the Coral Triangle, located in the Indo-Pacific, where we set up science-based conservation management for such unique natural systems.”

In Indonesia, manta rays are protected since 2014 but artisanal fishing remains an issue, and there is still little awareness of the threats they face. The team hopes that showing the social nature of manta rays will help broaden support and public enthusiasm for their protection around the world.

“Collecting more information about their social relationships and structures will be needed to develop sustainable ecotourism and conservation initiatives that allow mantas to coexist with humans in their natural habitats,” concluded Perryman.

This research was supported by Papua Explorers Dive Resort, Raja Ampat SEA Centre, University of Papua and Barefoot Conservation, and carried out under a RisTek-Dikti permit.

The study by Rob Perryman et al, titled ‘Social preferences and network structure in a population of reef manta rays’ is published in the journal Behavioral Ecology and Sociobiology on 22 August 2019 and will be available here