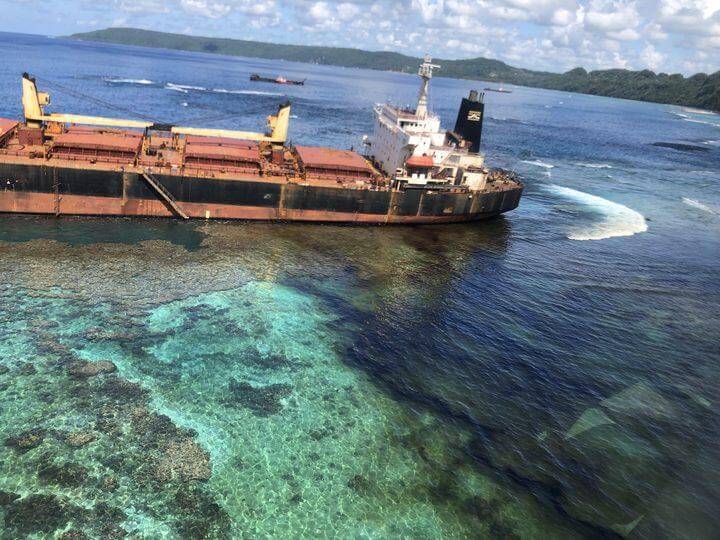 An environmental disaster is unfolding in the Solomon Islands, on the island of Rennell, where tonnes of oil is spilling into a UNESCO marine reserve.

At the beginning of February, the Hong Kong-registered MV Solomon Trader was caught by Cyclone Oma and smashed into the shoreline of Kangava Bay, wedging itself on the reef and tearing open a huge gash in its hull, allowing as much as 60 tonnes of oil into the surrounding pristine waters. And it could get worse, as more than 600 tonnes remain onboard. 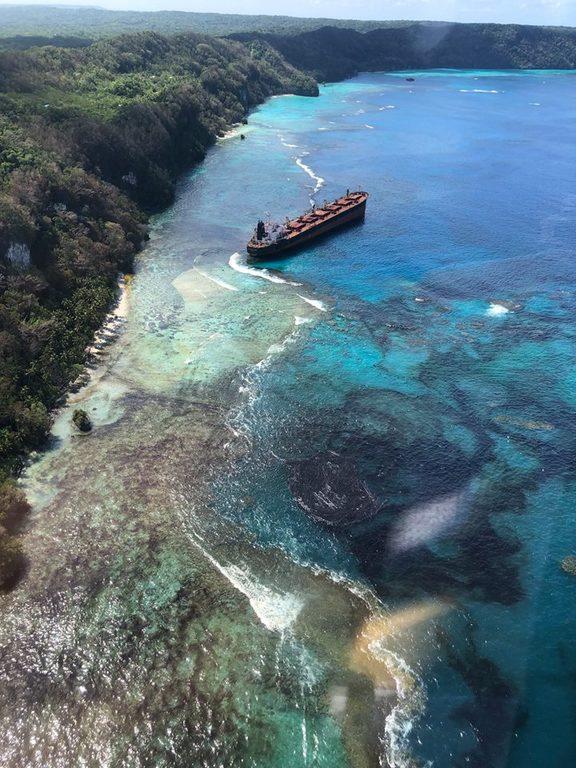 Experts from as far afield as the United States and Australia were flown in to combat the toxic situation, but still the spill has not been contained, leading the authorities to say this could well be the islands’ worst environmental disaster ever.

Efforts to refloat the ship, which had been chartered by the Bintan Mining Corporation, have been hampered by inclement weather and the remoteness of the region.

The reef it sits on is part of a World Heritage Area, recognised by the United Nations as a global site of ecological significance that's already under threat from climate change. Rennell is the largest raised coral atoll in the world, and contains diverse and unmodified forests, coral and species.