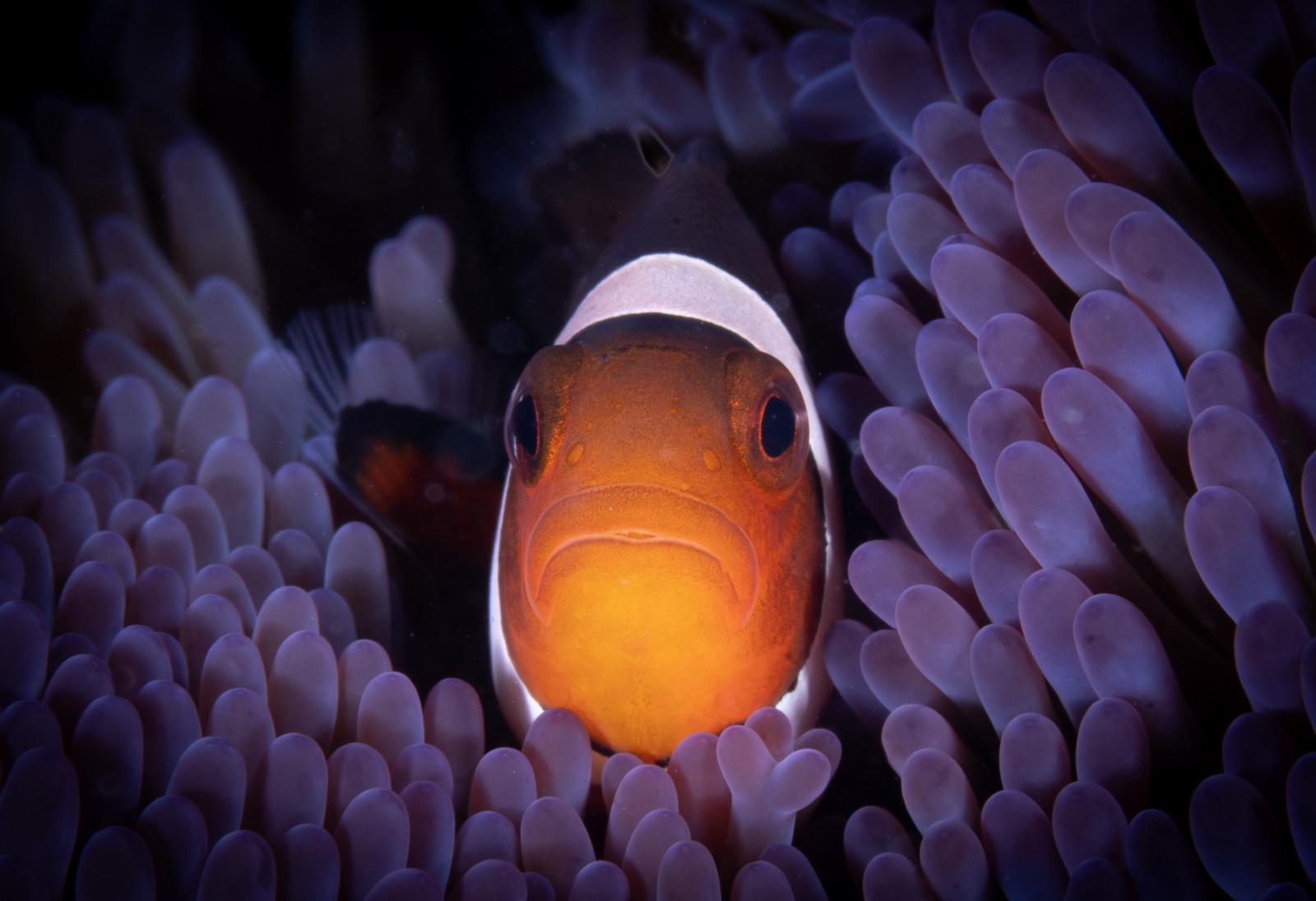 Though you’d never guess it by looking, some of...
Contents hide
1 We all have our favourite underwater animals, and below we have showcased the top 5 as selected by the team from Siladen Resort & Spa in Sulawesi, Indonesia.
1.1 Turtles

We all have our favourite underwater animals, and below we have showcased the top 5 as selected by the team from Siladen Resort & Spa in Sulawesi, Indonesia. 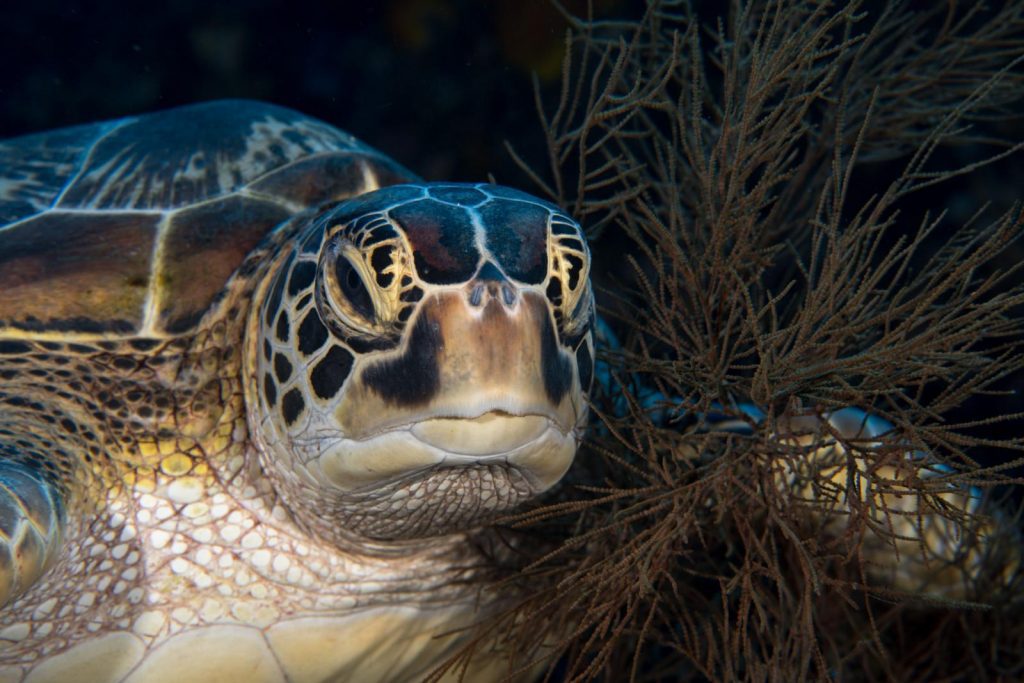 Bunaken Marine Park, close to Siladen Resort & Spa, is home to a huge amount of turtles. The vast majority are green or hawksbill, although loggerhead and olive ridley can be spotted here too, and leatherbacks are known to patrol the deeper waters. Siladen’s white sandy beaches are important turtle nesting grounds, and the team are very lucky to see multiple nests hatching every year. 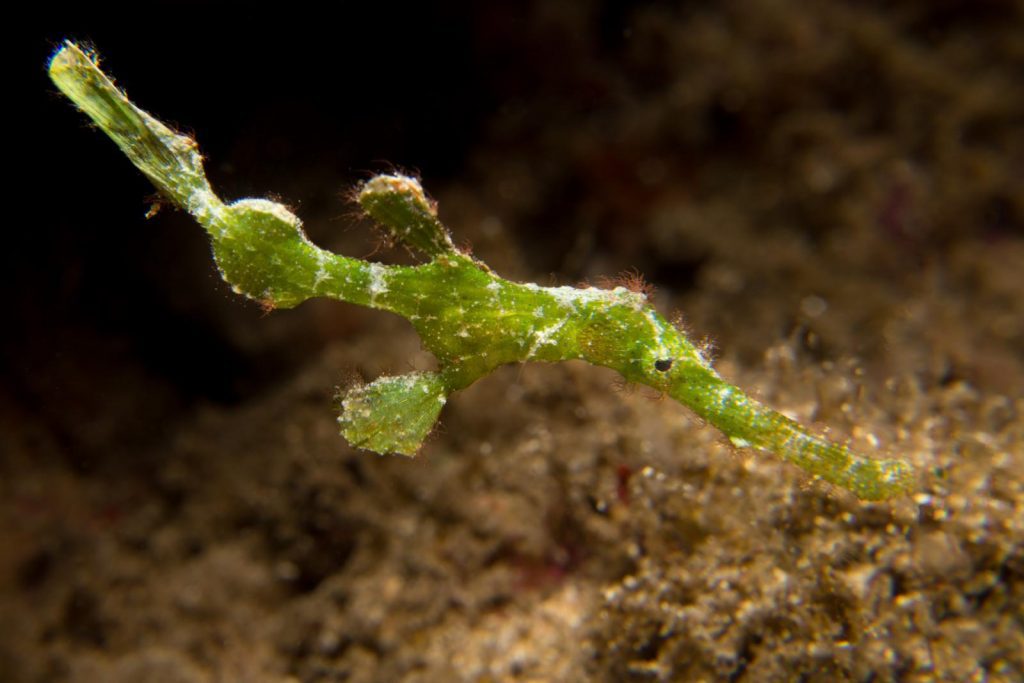 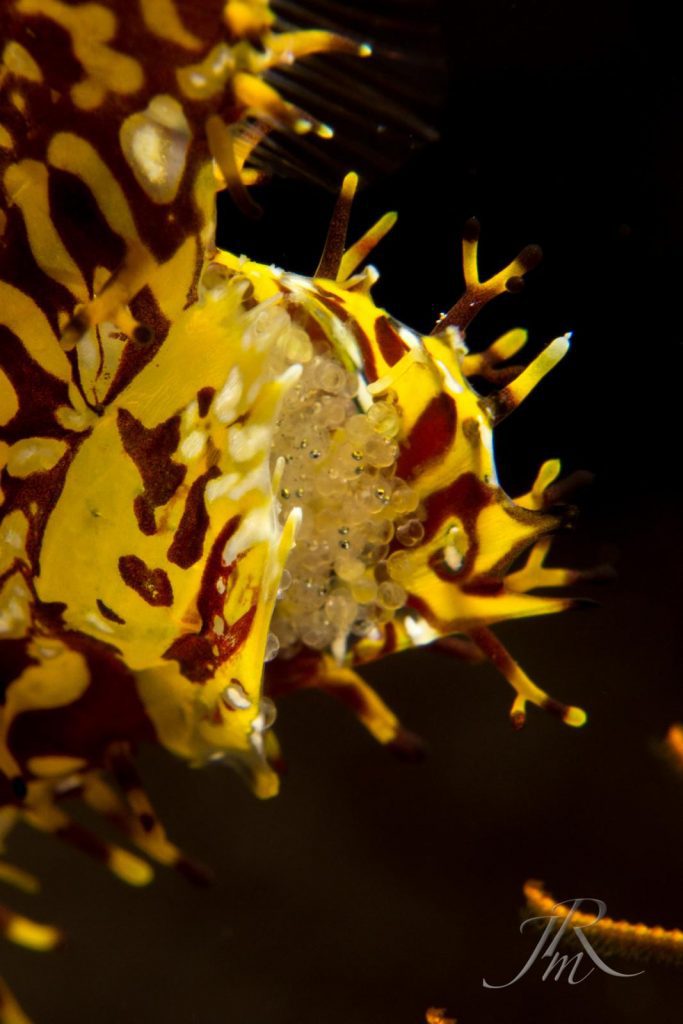 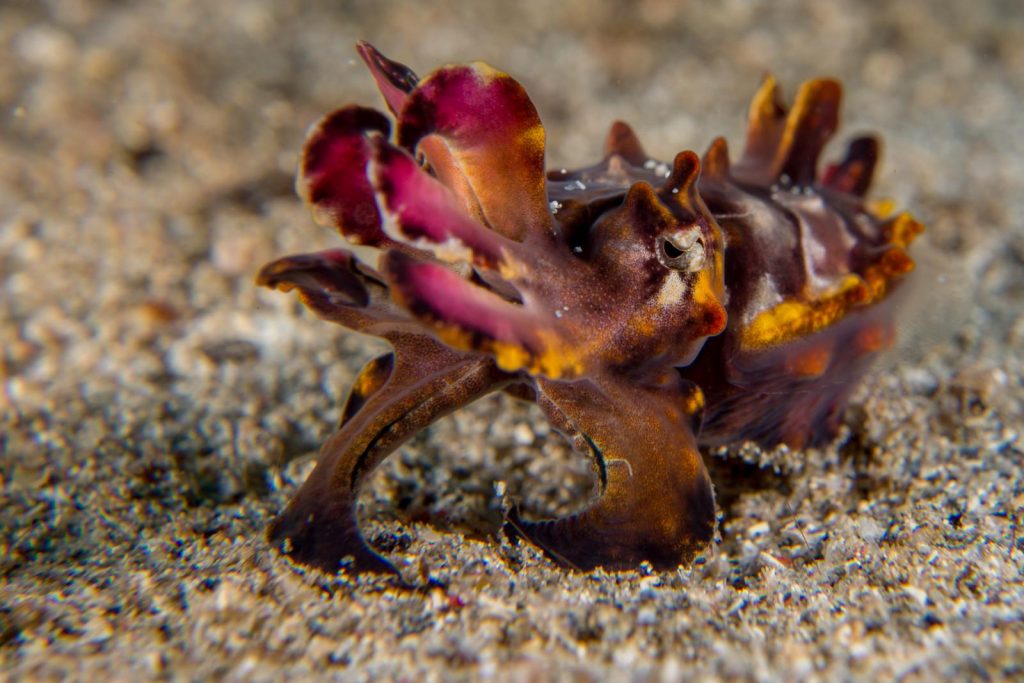 From Siladen Resort & Spa, encounters with cephalopods are almost guaranteed on a diving trip to Bunaken. Among the highlights are blue-ringed octopus, reef octopus, coconut octopus, bobtail squid, broad club cuttlefish, and the flamboyant cuttlefish (just to name a few!) 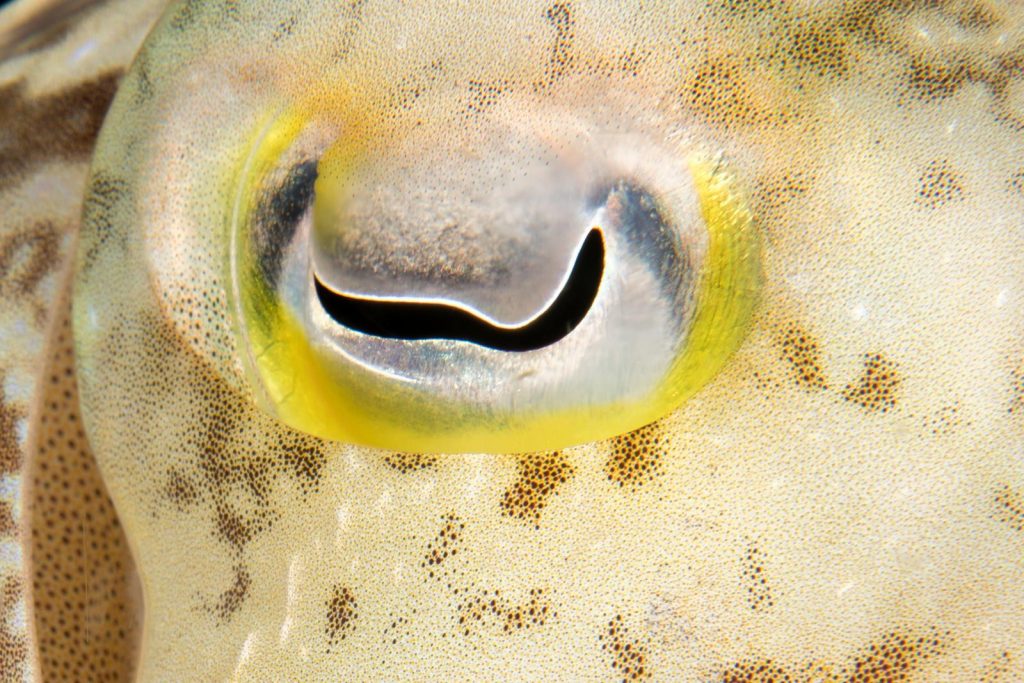 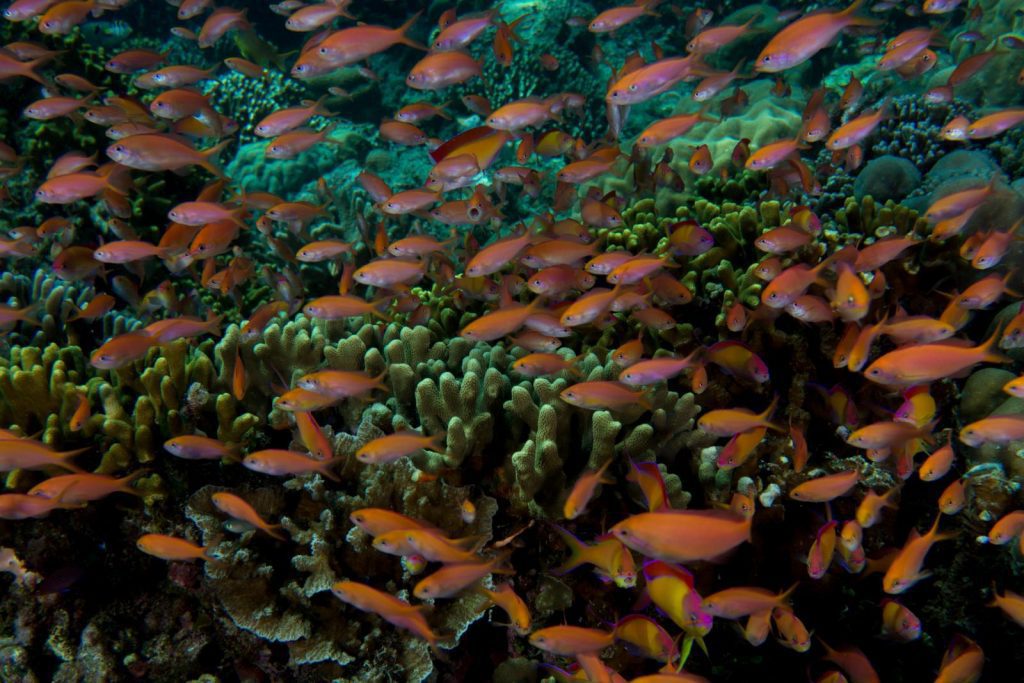 These little reef fish are just one of the reasons why Bunaken has such colourful reefs! Threadfin, purple, and square spot anthias are common sightings at many of our diving and snorkelling sites. They can shoal by the thousand, although within this shoal are smaller subdivisions known as ‘harems' where one colourful, dominant male lives with up to 12 females. 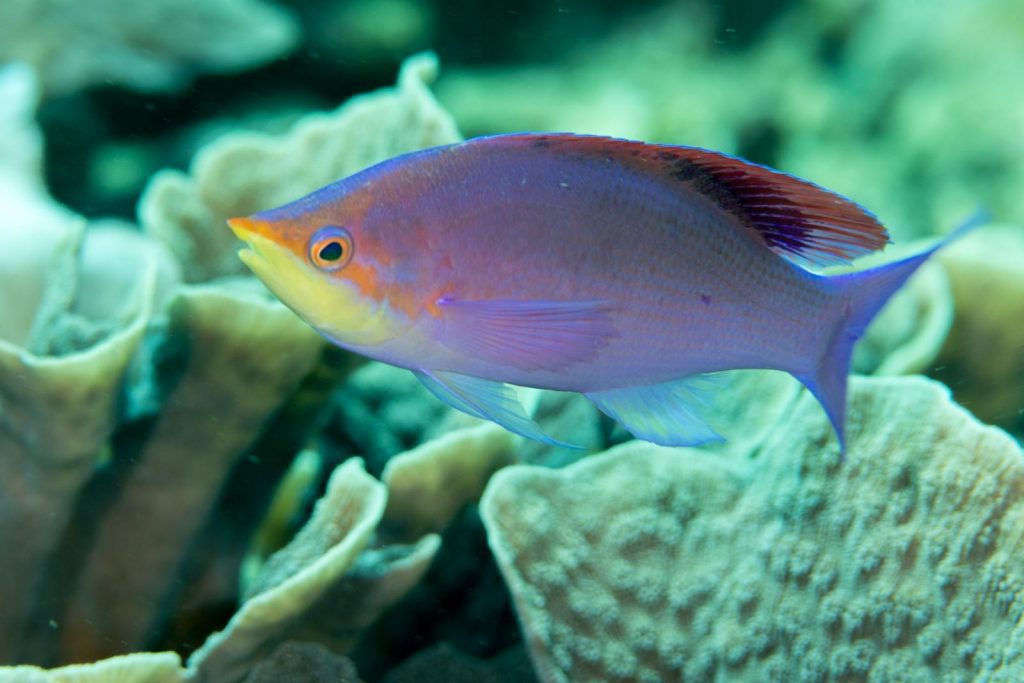 If you want to understand how diverse Bunaken Marine Park really is, just check out our anemonefish variety. On Siladen Resort & Spa's house reef alone, there are at least eight species of anemonefish — each with their unique host anemone, and often complete with other mutualistic species such as porcelain crabs or shrimp. 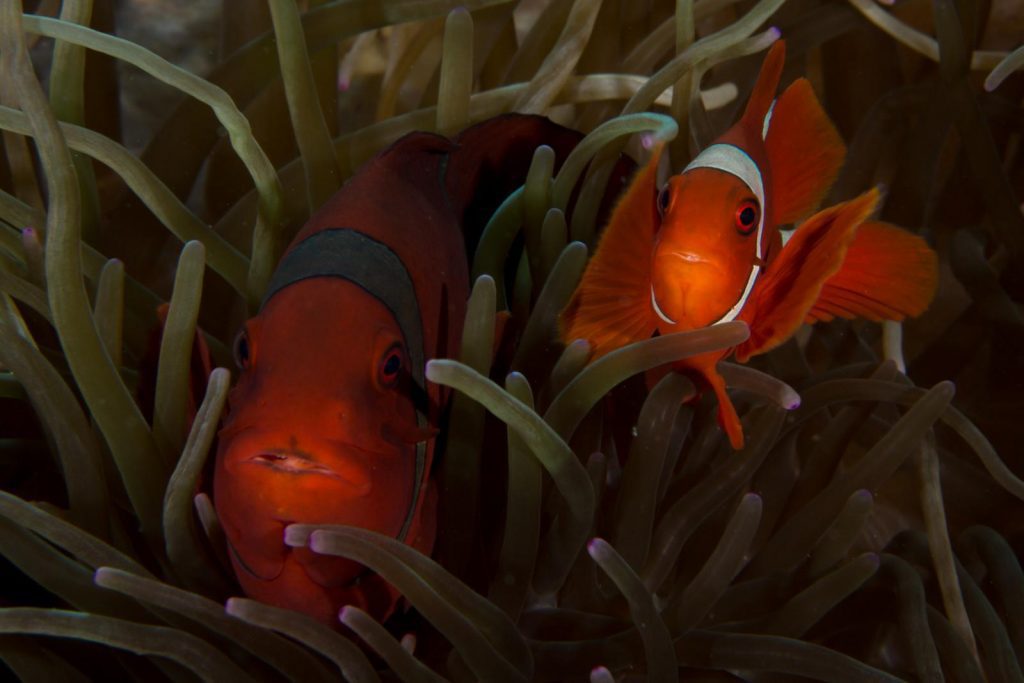