Sián proves herself to be a truly Stellar diver 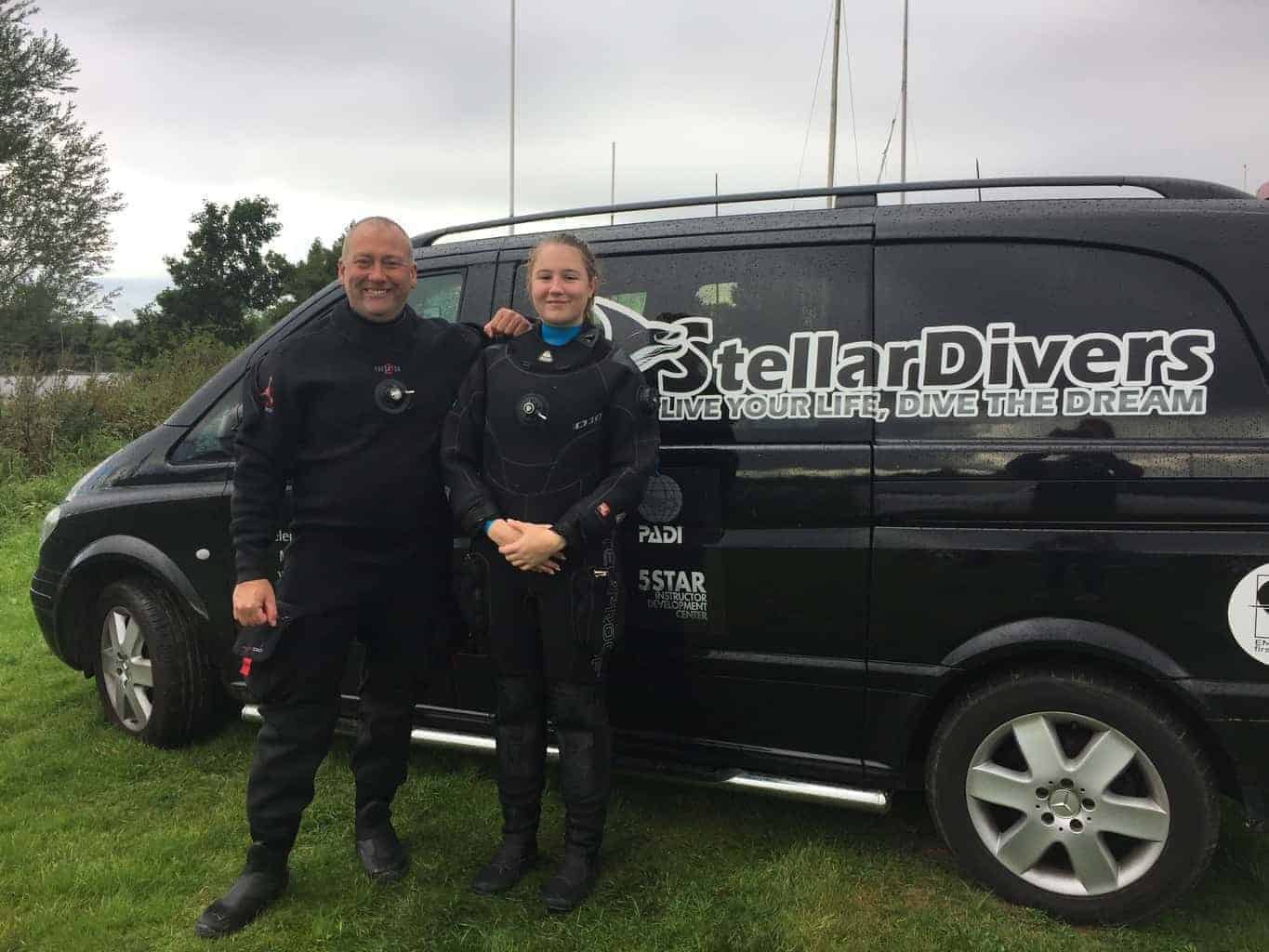 Simon Hotchkin, from Stellar Divers, contacted the team here at Scuba Diver about a truly inspirational young lady by the name of Sián Jones. It is always nice to hear about young people becoming diving enthusiasts, and Sián has certainly hooked on the hobby – she became a PADI Master Scuba Diver just before her 16th birthday while diving with Stellar Divers in the Azores, and then notched up PADI Divemaster one week after her 18th birthday, making her one of the youngest PADI Divemasters ever.

Sián said: “I found my love for diving in August 2014 when on a holiday in the Caribbean – after the trydive I wanted to take the Open Water Diver course so that I could do more dives. Mum and Dad thought I wouldn’t carry on when back in England, but how wrong were they!

“So, from the Caribbean to Capernwray! I knew that scuba diving was for me, and so I joined Stellar Divers. Both Hotch and Vic have taken me through my Specialities and Rescue Diver course, and I was lucky enough to go to the Azores to do my 50th dive with Hotch, which qualified me for my MSD two days before my 16th birthday.

“Since I enjoyed diving with the club and was itching to do more, Hotch allowed me to shadow him when he was running Divemaster courses, so when I hit 18 I leapt at the Divemaster syllabus. Because I’d seen it all done before and now had all that experience, I completed my DM in only a week – and what a week that was! Late nights and early mornings, but absolutely worth it. I’ve also just completed my PADI Rebreather & Advanced Rebreather qualifications and am now starting my Assistant Instructor, with my sights firmly set on Open Water Scuba Instructor in the very near future.