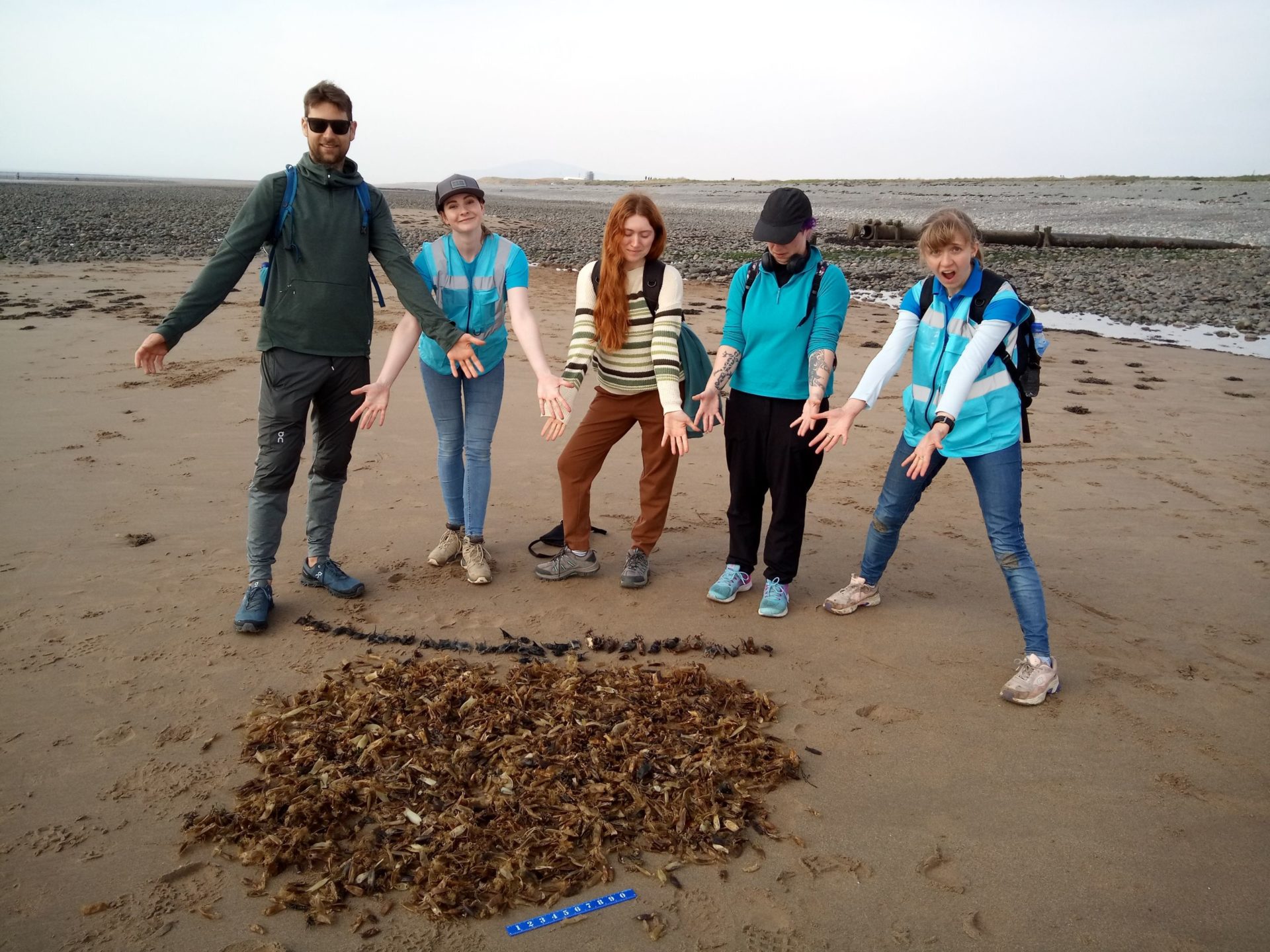 Summer may be fast approaching, but we've been reflecting on the Easter holidays, with the summary report for submissions recorded to the Great Eggcase Hunt! Over the two-week holiday (9 to 24 April 2022) a fantastic 7,560 eggcases were recorded.

People joined in all around the UK, from Orkney to the Isle of Wight. With a mixture of organised events and individuals heading to the beach for a day out, the response was amazing. The full report can be found here.

The top species found were smallspotted catsharks and thornback rays. Each eggcase submitted to the Shark Trust’s Great Eggcase Hunt database adds to the information gathered about sharks, skates and rays in our waters. With over 330,000 records since the project began in 2003, the Shark Trust can use this information to look for egg laying hotspots and to assess whether there are increases or declines in certain species in different regions around the UK.

A special mention goes to The Bay: A Blueprint for Recovery (a partnership project whose partners include Cumbria Wildlife Trust and The Wildlife Trust for Lancashire, Manchester & North Merseyside and) whose 280 event attendees found an incredible 3,313 eggcases (3,254 of which were smallspotted catshark!) in and around the Morecambe Bay area. North Wales Wildlife Trust also organised a number of events through Project SIARC, meaning that the north Wales coastline was also well represented.

Senior Conservation Officer Cat Gordon said: “We’re seriously impressed with the number of eggcases that were reported to the Great Eggcase Hunt over the two-week Easter holidays! There were so many dedicated events that took place, and it’s great to see so much of the coastline represented on the results map.”

But the Great Eggcase Hunt is not just for Easter! The Shark Trust wants to encourage citizen scientists of all ages to make every trip to the beach a Great Eggcase Hunt. It’s easy to get involved, simply head to your nearest beach and take a look around to see what you can find. The best places to search are in the strandline where seaweed and debris washes up, and in sand dunes at the back of the beach as they often get trapped in the grass.

The eggcases of different species vary. So, once you’ve found an eggcase, look at the size, shape, and features to identify which species it belongs to – the Shark Trust has developed identification resources to help you figure it out! Once you’ve got the answer, head over to the Shark Trust’s Recording Hub where you can submit your finds.

The Great Eggcase Hunt makes for a fantastic family day out at the beach, so get involved with shark conservation and have fun too!