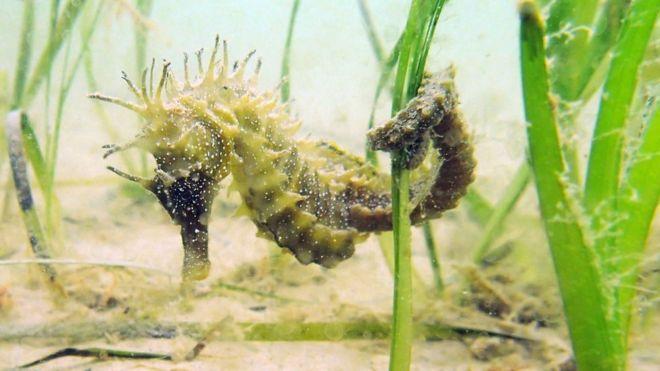 Seahorses under threat from return of post-lockdown visitors

Seahorses off the coast of Dorset are under threat from the hordes of tourists flocking to the seaside as the country comes out of COVID-19 lockdown.

The Seahorse Trust had previously reported that during the lockdown period, they had discovered 46 seahorses during surveys off Studland, but that an influx of visitors – and the associated increase in activity in the bay – could see the animals reduce in numbers, or even disappear completely.

The Seahorse Trust founder Neil Garrick-Maidment explained that prior to this recent survey, no seahorses had been seen on dives since 2018, when a single dead one was found.

“As horrific as COVID-19 is, it has meant a lack of people and noise underwater, the food chain is better, and the seagrass can recover,” he said.

However, since the lockdown guidelines were eased, the South Coast has seen a huge influx of visitors, prompting Garrick-Maidment to urge people to ‘give nature a chance'.

He said: “It will have an effect – suddenly, with all the people and boats, the seahorses will vacate the site and we'll be back to numbers dwindling again.

“There has got to be action taken – we want to keep this impetus going to help these enigmatic and iconic creatures.”

Spiny and short-snouted species of seahorse have been protected under the Wildlife and Countryside Act 1981 since 2008, which prevents them being killed, injured or taken.

Studland Bay was designated as a Marine Conservation Zone last year, and it is against the law to actively go on a dive to seek out and photograph seahorses.