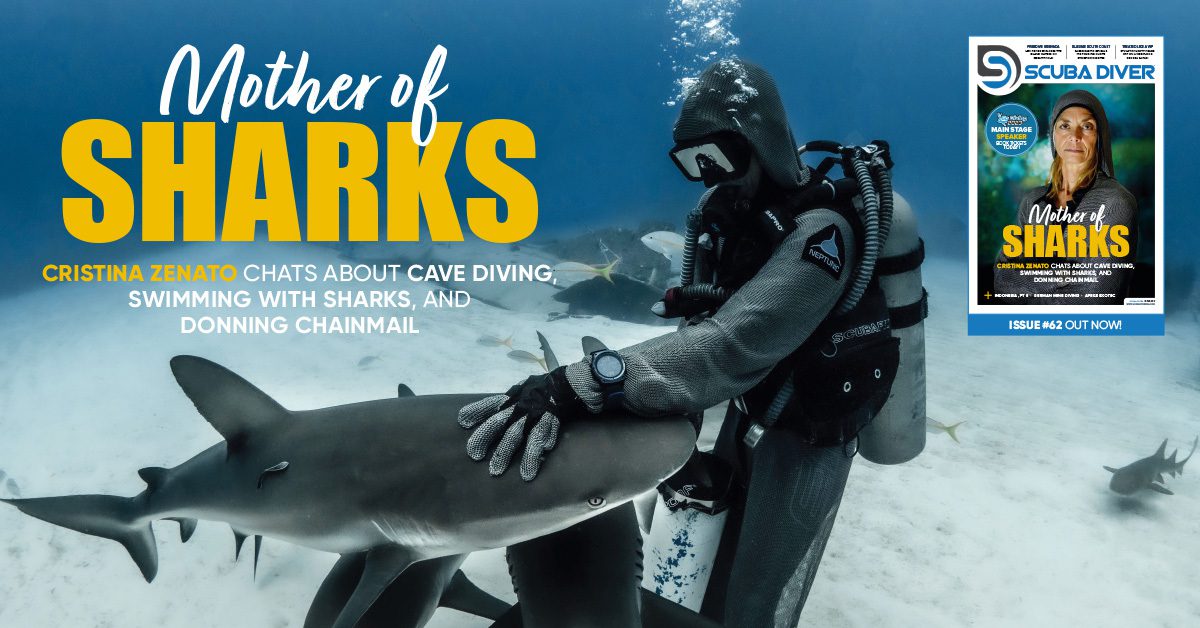 Underwater photographer Saeed Rashid lives a stone’s throw from the South Coast’s waters, and here he waxes lyrical about four of his favourite ‘local’ dives, with a bonus fifth shark experience thrown in for good measure.

Lexi Fisher ditches her regulator and scuba cylinder to venture below the surface on a single breath and explore the reefs and wrecks of Grenada with nothing more than mask, snorkel and fins.

We chat to the ‘shark whisperer’, technical and cave diver – and GO Diving Show 2023 Main Stage speaker – about sharks, caves, the lure of the deep.

Alex Mustard offers some sage advice about lens and lighting for underwater photography.

As Indonesia reopens its borders to international tourists, Scuba Diver Australia and New Zealand Editor Adrian Stacey continues his whistlestop tour of the island nation to highlight what people have been missing out on the last two years.

As Wakatobi Resort prepares for its first visitors, North American Editor Walt Stearns waxes lyrical about the stupendous House Reef that is literally on the doorstep for guests.

Stuart Philpott gets the star treatment during a week-long northern safari on the VIP One liveaboard out of Sharm el Sheikh.

Kurt Storms heads into Germany to explore the Nuttlar slate mine, which offers multiple routes for experienced cave divers, but also can provide a taster for those thinking of heading off down that path.