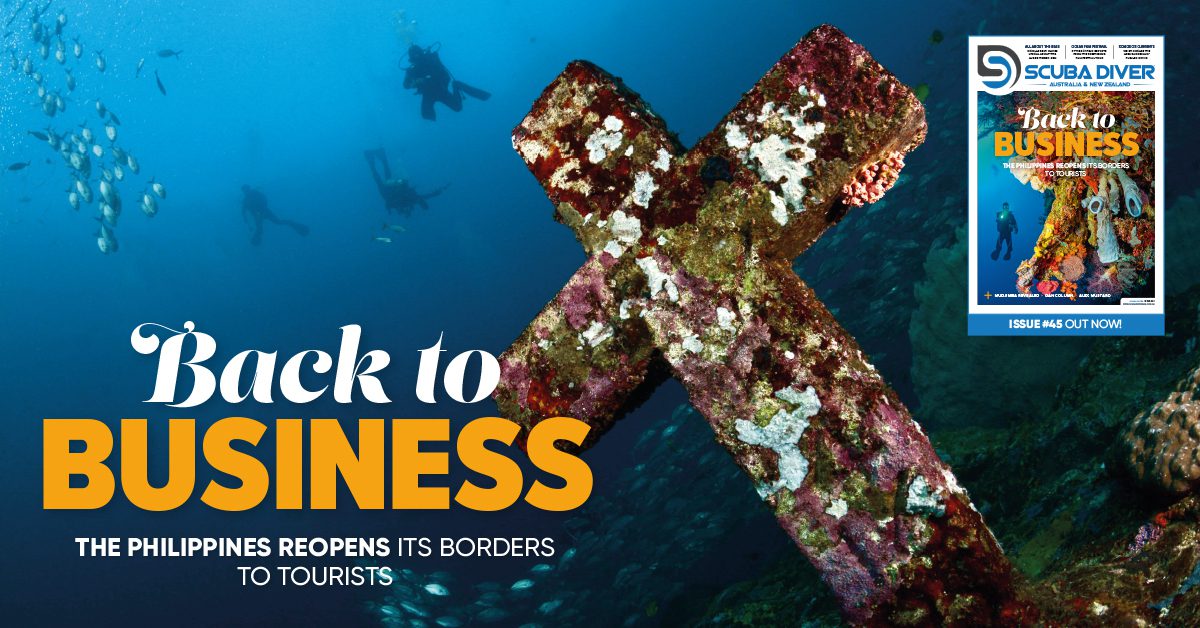 DAN Medical Q&A
The Divers Alert Network team looks at some of the common hazards to divers.

Australia
Nicolas Remy reminisces about New South Wales dive site Bass Point, which is where he learned to dive back in 2007, but which still holds plenty of allure for experienced divers.

The Philippines
We take a whistlestop tour around eight of the top diving locations in the Philippines, which was declared Asia’s Leading Dive Destination by the 28th World Travel Awards – the third consecutive year it has won the title.

Mustard’s Masterclass
Alex Mustard turns his attention to cameras and housings, offering sage advice to help you avoid spending your hard-earned cash on the wrong equipment set-up for your requirements.

TECH: Truk Lagoon
In our fourth and final part of this series, Marcus Blatchford and Pete Mesley talk about the immense challenges involved in the Project Baseline wreck-mapping project in Truk Lagoon.

Indonesia
Scuba Diver Australia and New Zealand Editor Adrian Stacey reckons the waters around Komodo offer some of the most adrenaline-fuelled diving on the planet.

Test Extra
Scuba Diver Australia and New Zealand Editor Adrian Stacey takes the Mares XR Polygon backplate-and-wing out on test, the first time he had dived one of these systems, and I think it is safe to say he was suitably impressed.