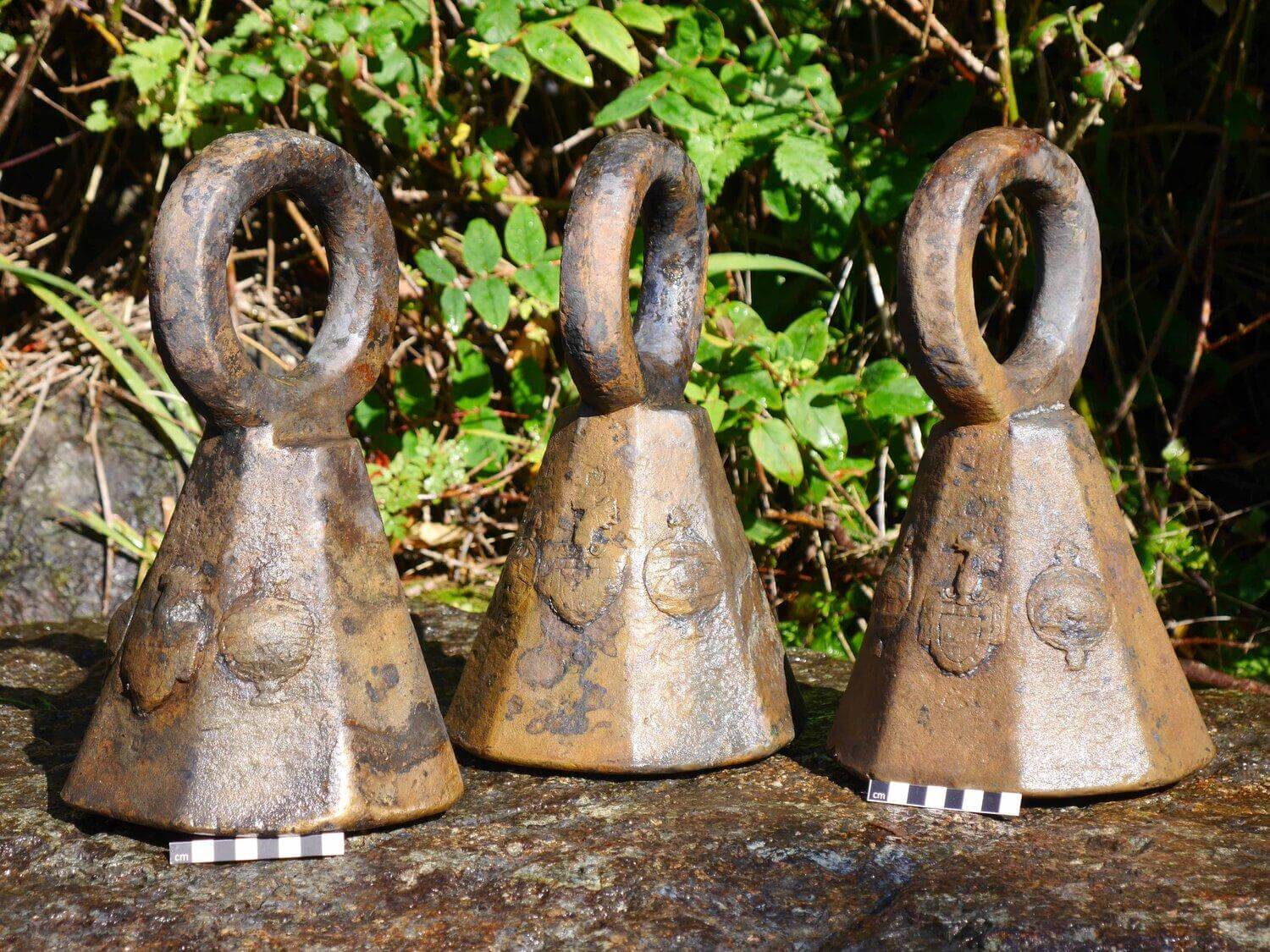 A maritime archaeologist has finally managed to recover artefacts from the wreck of the Schiedam after waiting more than three years for the right weather conditions.

In September, over the course of eight dives, David Gibbins managed to excavate and retrieve three 25kg 16th century bronze merchants' weights from the wreck, a 17th century, 400-ton Dutch merchantman captured by pirates, seized by the English and requisitioned by the Royal Navy before coming to grief in 1684 near Gunwalloe off the west coast of the treacherous Lizard Peninsula.

The wreck was discovered in 1971 by Anthony Randall, designated under the 1973 Protection of Wrecks Act and, since 2016, has been investigated under the direction of Gibbins and that of Atlantic Scuba's Mark Milburn, the current Licensees from Historic England for the site.

The three weights are of great interest not only as objects in use during this period, but also because they are unique among surviving Portuguese weights for their age, size and decoration, and are among the oldest and most-unusual artefacts to be recovered from a shipwreck off Cornwall.

The most striking feature of the weights is the Portuguese royal coat of arms cast in relief on the side, comprising a shield surmounted by a helmet and dragon crest and flanked by armillary spheres, the symbol adopted while still a prince by the future King Manuel 1 (reigned 1495-1521) that became associated with Portuguese maritime domination in the Age of Discovery. The other markings visible on the weights are small symbols of a ship stamped above and below the coat of arms.

The weights have been declared to the UK Receiver of Wreck and are currently under conservation in preparation for museum display.

To read a more in-depth report on the recovery, and history, of the weights, head to David Gibbons' website.