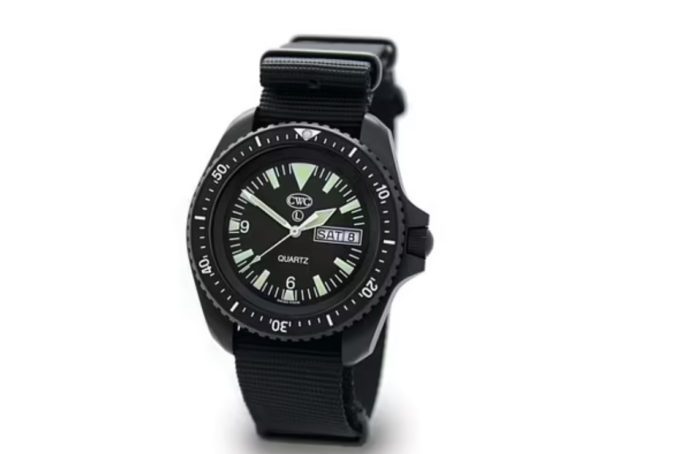 A Royal Navy sailor has been jailed for stealing special forces diver watches and then selling them on eBay for up to £500 each.

Able Seaman Joshua Cheetham was working as a storeman on Type-23 frigate HMS Kent when he took the 300m-depth-rated CWC SBS watches, which he then described on the online selling site as ‘built for elite units of the British Forces, the Royal Marines and Special Boat Service'.

A court martial heard that the 26-year-old had racked up debts after living outside his means, and decided to steal the specialist watches to sell on.

He made £1,642 by selling six watches before finally being caught out in February 2021 when eBay buyers contacted the MoD to verify the validity of the watches.

Cheetham admitted two counts of theft and one count of fraud when interviewed by the police.

The board at Bulford Military Court in Wiltshire dismissed him from the service and sentenced him to three months in military prison. He must also pay £1,367.70.