PADI AWARE and Kraken Rum help save the oceans 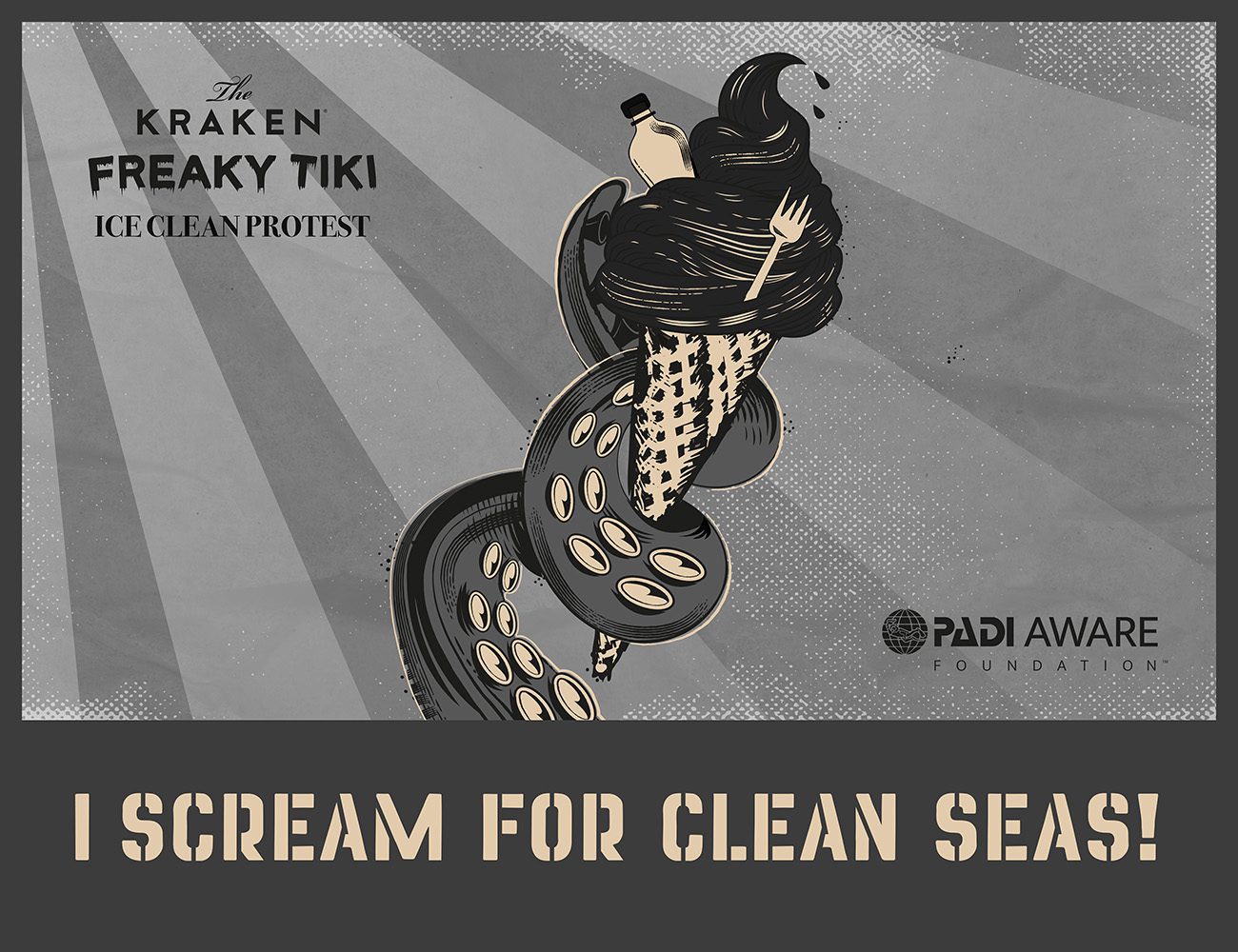 Leading marine conservation charity PADI AWARE estimates it would take over 16,741,000 years for its divers working at current capacity to remove every plastic item from the world’s oceans – the equivalent of over six ice ages.

The staggering fact has been revealed as the charity partners with Kraken Rum to help raise awareness of the impact of litter on the oceans and help fund the organisation’s vital work, launching the ultimate in gelato protest glamour – The Kraken ‘Ice Clean’.

The one-off ice cream is topped with 3D-printed edible toppings representing the top polluters in the ocean. These irresistible ices may be rich and black in hue, but they positively burst with tropical flavours; combining zesty lime and peppery ginger notes for that perfect summer cocktail concoction.

Indeed, The Kraken’s legion of fans can expect to be biting into plastic bags, milk cartons, aluminium cans, plastic ring pulls, plastic bottles and single-use cutlery – all to act as a gentle nudge to recycle and properly dispose of litter this summer. It’s the most delicious way to demonstrate, with each bite of The Kraken ‘Ice Clean’, your support for the protest!

To show support for The Kraken’s ‘Ice Clean’ protest, followers of The Beast can wrap their tentacles around a scoop for £1, with all proceeds donated to PADI AWARE Foundation. What’s more, Kraken will match each donation pound-for-pound and intends to help the charity in its mission to reduce ocean debris by half within the next decade. So, get ordering!

The Kraken’s ‘Ice Clean’ will be delivered by The Beast’s loyal servants in a number of locations across the UK, including Manchester, Leeds, Glasgow, Brighton and London, before finishing off at music festival, All Points East, over the August Bank Holiday weekend. Key dates include:

Ian Amos, Operations Co-ordinator at PADI AWARE Foundation said: “While the last 18 months has been a challenge for us all, the plight of our oceans has continued unabated with many ocean clean-up programmes placed on hold throughout the pandemic. For years, The Beast has used its tentacles to support marine life, from the beaches to deepest, darkest depths of the ocean, so we’re delighted that we can once again join forces for good. Every pound you spend on this delicious Kraken Rum ice cream pays the way for clean-ups, so the choice is yours: if you like The Kraken Rum, ice cream and all ocean-dwelling creatures great and small, then join the protest today!”