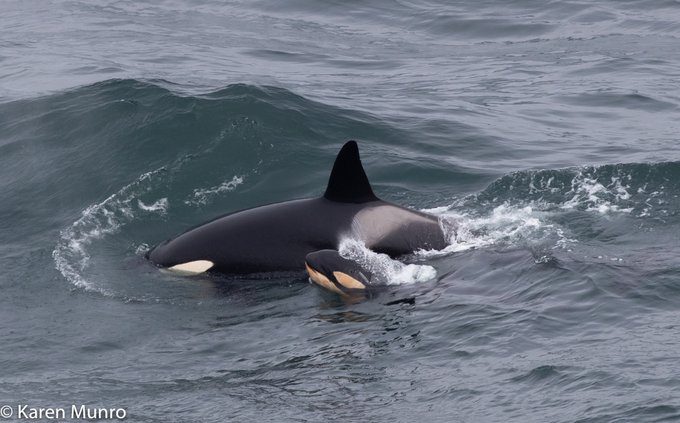 After a few days of tragic news concerning marine mammals, some great news – an orca calf has been spotted off the coast of Scotland.

It is rare to see a newborn orca, never mind off the Scottish coastline, but the baby, with a distinct orange tint on its belly, was seen with four older killer whales near Duncansbay Head in Caithness, in the Moray Firth.

Karen Munro, who is part of a group compiling IDs for killer whales seen around the UK, said she could not believe her eyes when the animals came within 20 metres of where she was standing on the shoreline.

She said: “They were swimming and using the tide to glide on the water. I was thrilled to get such a close-up, it was a pod we don’t know a lot about. It was extra special to see a young wee baby amongst it.”

The calf is believed to be part of the 169s group, which is occasionally seen in the area and is known to swim with Icelandic pods of orcas.