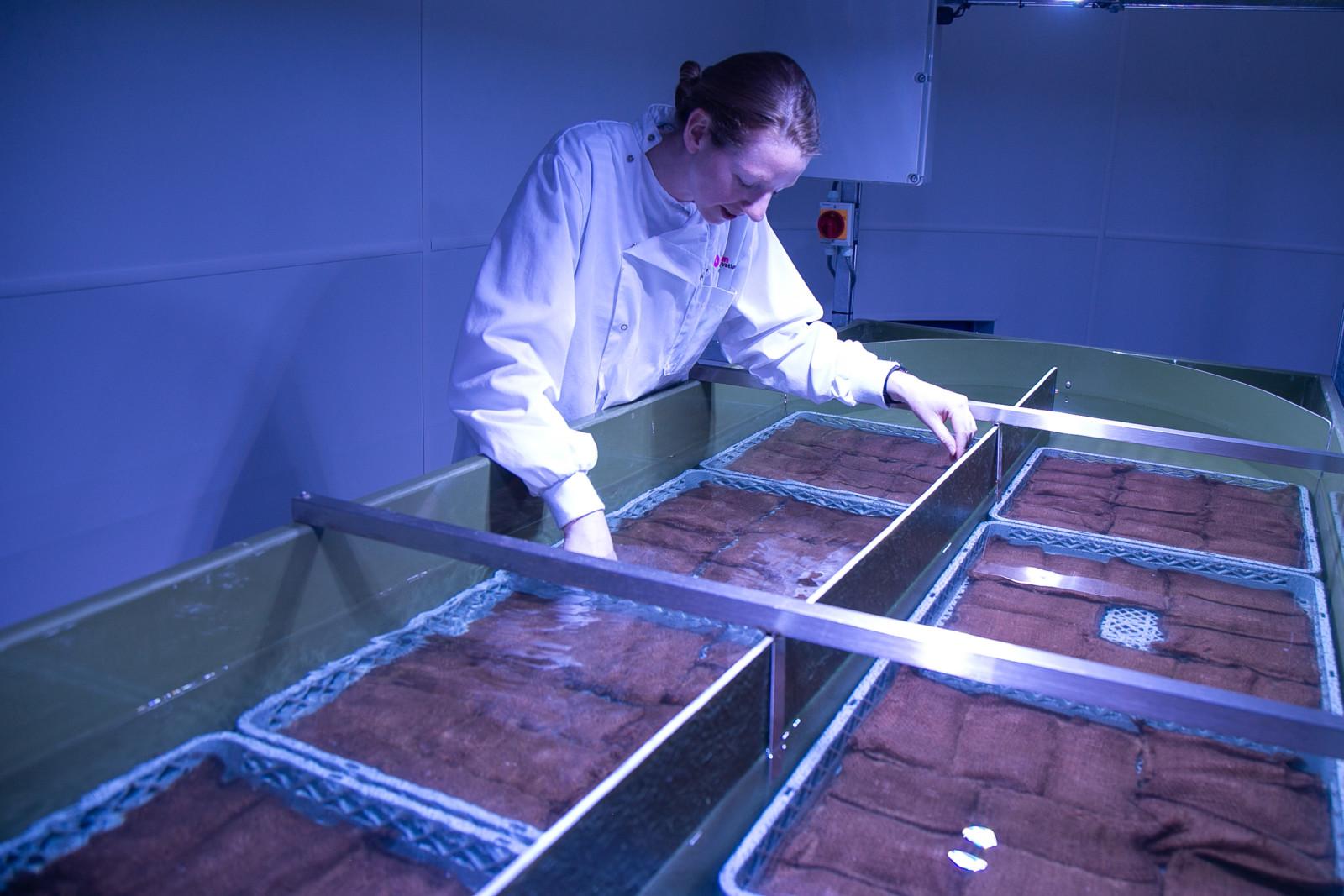 The Ocean Conservation Trust has planted the first seeds in its seagrass cultivation laboratory at the National Marine Aquarium.

The project at the largest aquarium in the UK is part of a major £2.5 million habitat restoration project funded by EU LIFE and led by Natural England.

The laboratory, which was unveiled for the first time in early June to coincide with World Oceans Day, has now been filled with the test batch of around 60,000 seeds, marking an important milestone in the three-year LIFE Recreation ReMEDIES habitat restoration project.

As part of the project, the Ocean Conservation Trust will be cultivating up to 360,000 plants a year in the new laboratory, to help restore up to eight hectares of lost seagrass meadows. A germination rate of around 25 percent is expected within the test batch over the next 50 days, resulting in around 15,000 Zostera Marina plants that will remain in the National Marine Aquarium’s public seagrass exhibit until next spring. 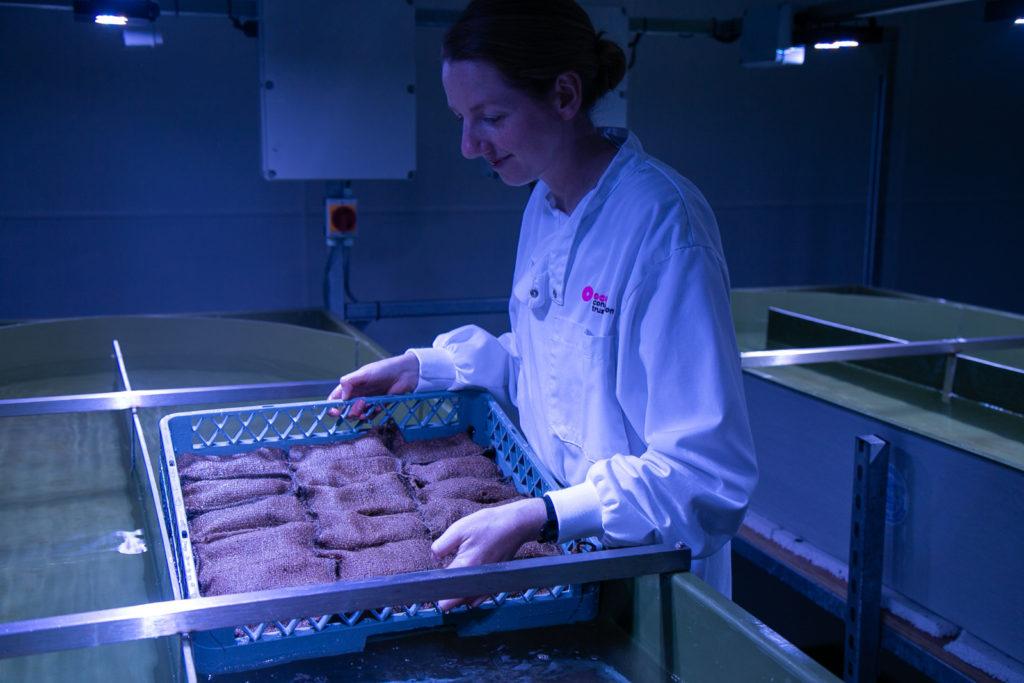 Once the cultivation process has proven successful, three further rounds of planting will take place, with volunteers set to be recruited to help with the planting of around 600,000 seeds in each. The plants will help to restore over eight hectares of lost seagrass meadows within Special Areas of Conservation in waters around the UK.

The laboratory is now open for public viewing at the National Marine Aquarium, with visitors having the opportunity to see the plant cultivation in action whilst learning more about the importance of seagrass.

As well as restoring huge areas of lost habitats, the LIFE Recreation ReMEDIES project aims to protect vital seagrass meadows located in Special Areas of Conservation (SACs) around the UK’s coasts by providing advanced mooring systems, voluntary boating codes, and targeted training. The Ocean Conservation Trust is also delivering the educational element to the programme within schools around the South West, alongside project partner, the Marine Conservation Society. 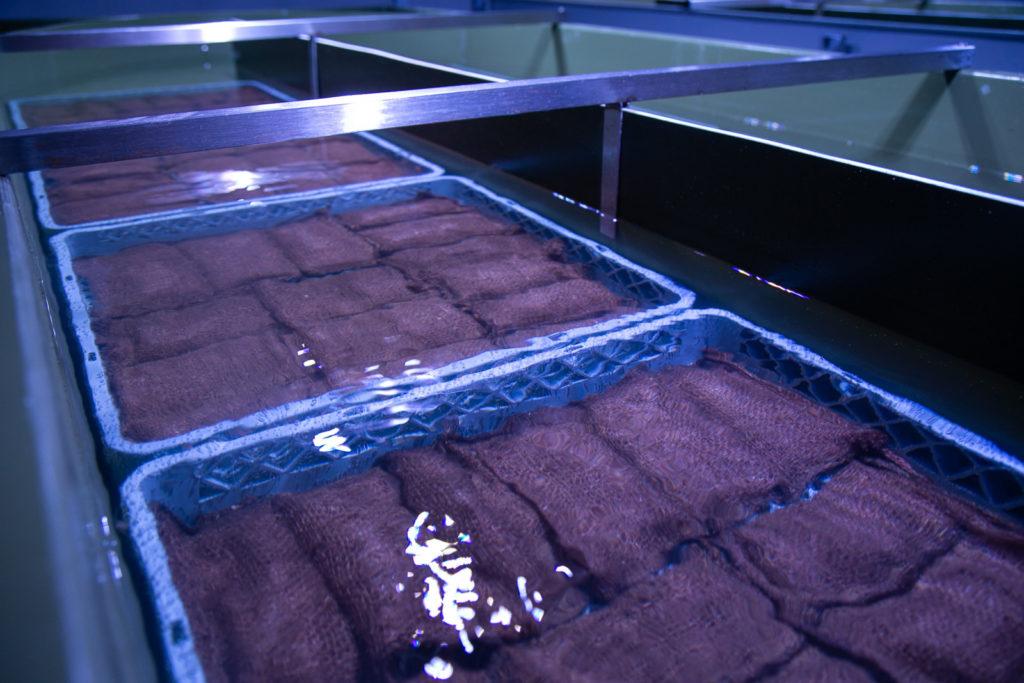 “We’re delighted to have reached this next important stage in what is an incredibly significant project in the conservation and regeneration of the UK’s seagrass meadows. At the Ocean Conservation Trust, we’ve been studying and working with seagrass for many years now, and so it is amazing to have the chance to put our expertise by leading on the cultivation and replanting elements of the project.

“Seagrass meadows have become increasingly under threat in recent years due to a combination of factors including human activity and climate change, and so it is vital that we take steps now not just to protect those we still have, but to regenerate those that have already been lost. Seagrass meadows are one of the most-ecologically important habitats in the UK, supporting our fisheries and helping to prevent coastal erosion, as well as absorbing carbon from the atmosphere, so looking after them is not just in the interests of the Ocean, but ours, too.”