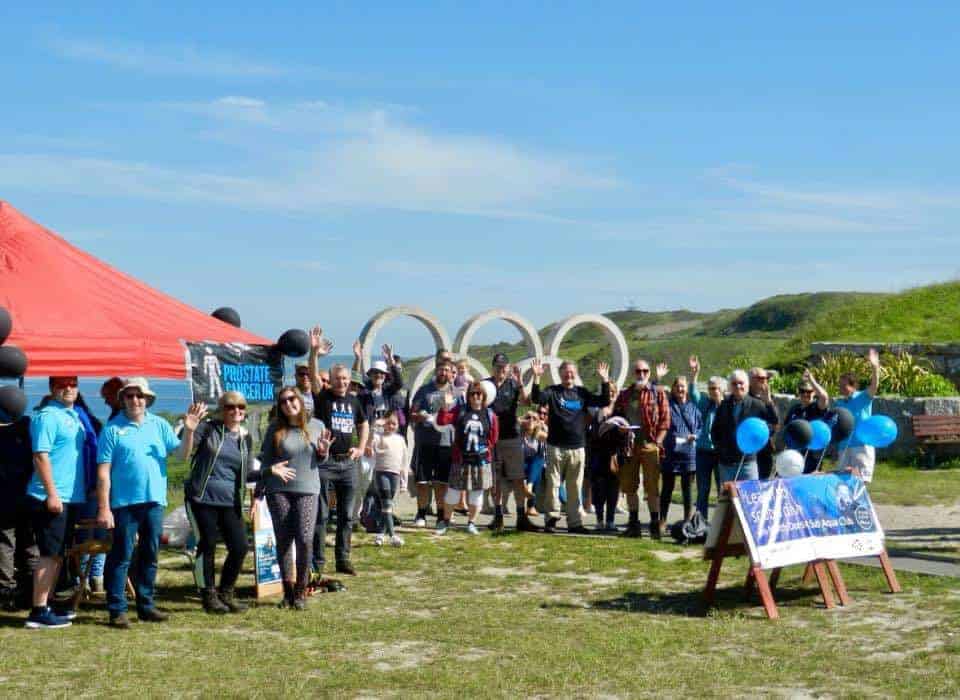 Sunrise on Sunday 13 May was bright and cloudless, making a bit of a nonsense of the weather forecast the night before, that it was going to be cloudy with intermittent sun and rain. The North Dorset Sub Aqua Club had chosen this day to organise a money-raising walk around The Isle of Portland, in memory of much-loved member Robin Langford, who had died a year past from Prostate Cancer.

The club members had unanimously declared their support, and targeted to raise £1,000 for the Prostate Cancer Charity. The idea being that those taking part could choose their own route around the island provided that they all started and finished from The Portland Heights Hotel. The organisers set up the registration point at the Famous Olympic Rings adjacent to the hotel, with a start time of 10am, and the view from that high vantage point over the Chesil Beach had never looked lovelier in that early morning sun. 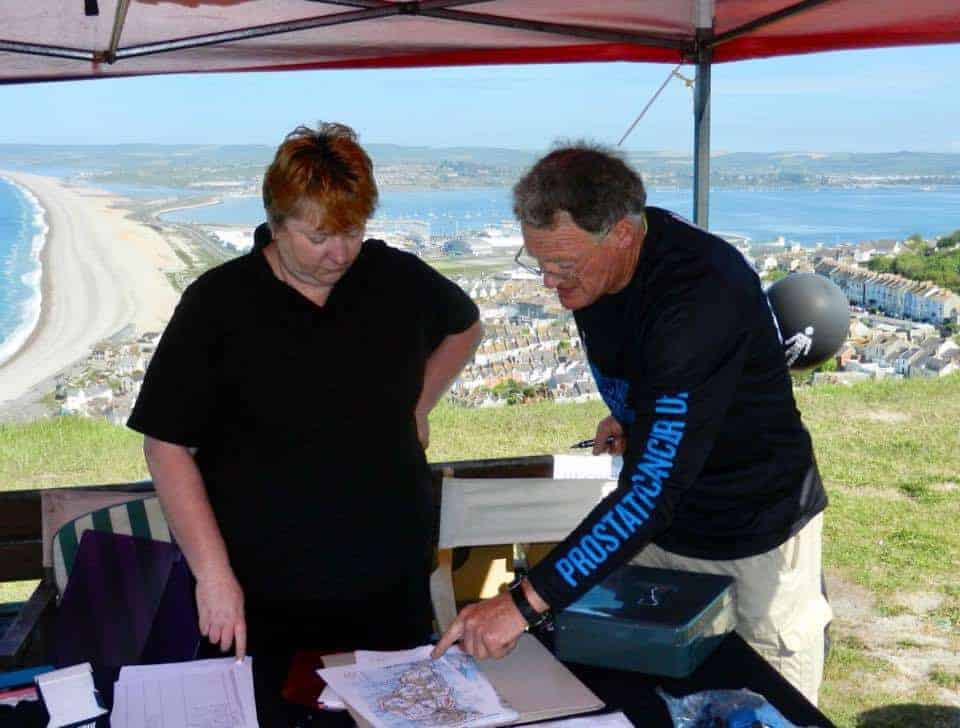 Giles Adams and Kathy Osborne, two of the organisers of the event

David Gilby, from the NDSAC, said: “Club members with their families started to turn up on time (a club first) and were soon on the way to the Bill. This was not a regimented hike, all walkers were free to do their own thing, but most agreed that the first leg could conveniently finish at The Pulpit Inn for lunch.  The sun was still beating down as walkers straggled into the pub terrace to order lunch and – surprise, surprise – a beer or two, before continuing on the second leg back to base, and the sun was still shining.

“The day was a complete success and very well supported. Thanks must go to Giles Adams who put himself in the firing line to get the whole thing off the ground, and also Kathy Osbourne, who was his Sergeant Major administrator for the day, quote ‘I’ve checked them all in, and I’ll check them all out, or no one goes home’, which was bad news for the club’s oldest member Phil Sidford (pushing 80, since you ask), who admitted that he had last seen his wife Rosemary at The Bill some two hours earlier, and had not yet checked in. All was well in the end and we adjourned to The Cove Inn while the sun was still shining.

“A perfect end to a perfect day. Robin would have been right chuffed. To cap it all, it looks like we might top £3,000.”