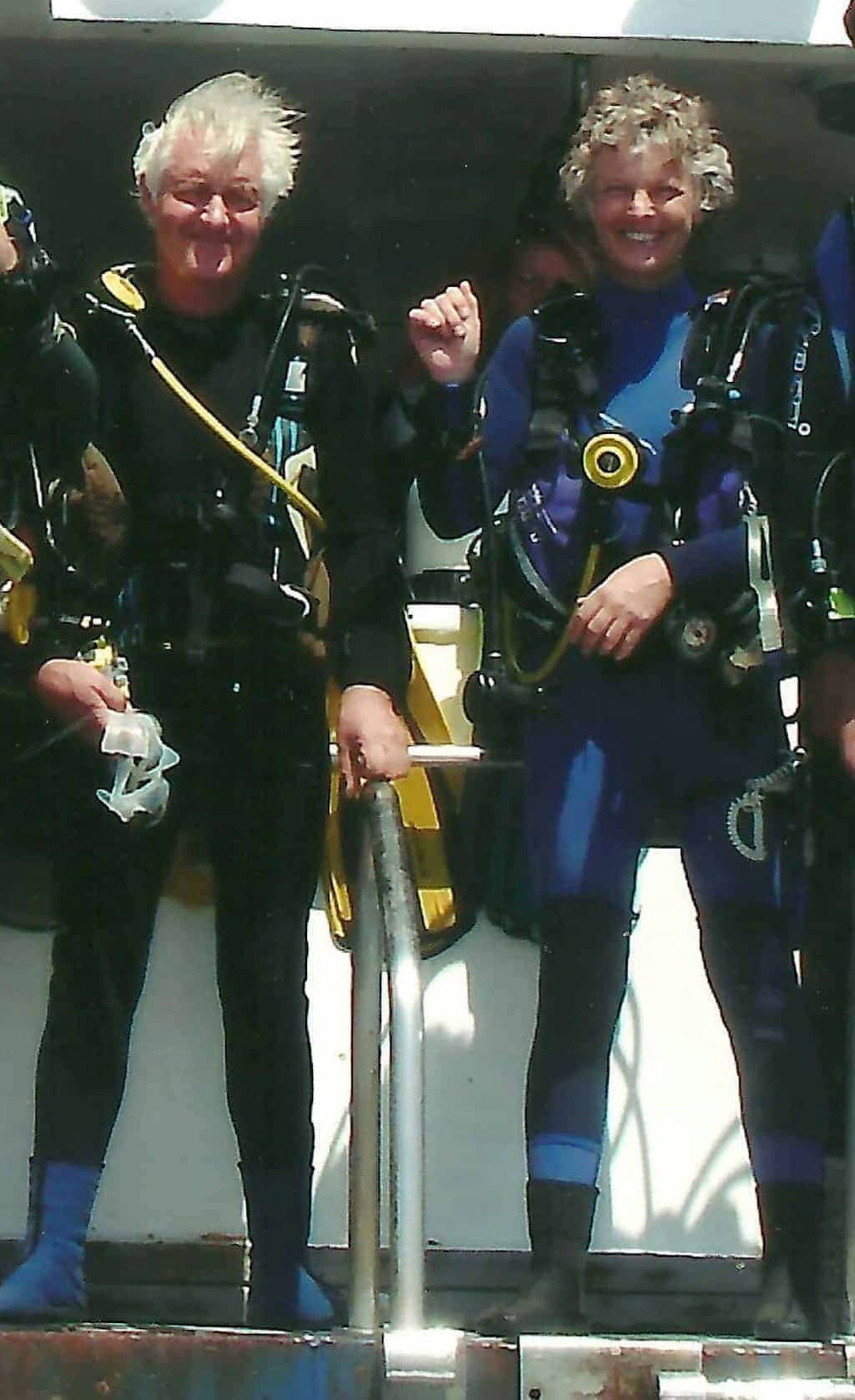 David Gilby, from the North Dorset Sub Aqua Club, pays tribute to his fellow diver Robin Langford, who will be remembered on a sponsored walk in aid of the Prostate Cancer UK charity around Portland in May.

In March 2017, Shaftesbury lost one of its best-loved characters when Robin Langford lost his fight with prostate cancer. He had been diagnosed with terminal cancer some three years earlier and he successfully did his utmost not to let the dire news interfere with his business and social life.

Robin was the well-known face behind Langfords Car Spares on the A350 just north of Shaftesbury, next to the Semley Road junction, which he ran with his brother Paul, and in recent years, his son Karl. Anyone calling in for help would have met him: always helpful, always cheerful, he would have moved Heaven and Earth and a dozen or more cars to find the part that would get you out of trouble, often having to strip a car down to get it.

His aim was always to send the customer on his way more than happy with the transaction, completely satisfied with the deal done. He hadn’t learned this from an instruction manual, it was simply his way. A nicer, straighter gentleman you could not wish to meet.

The North Dorset Sub Aqua Club have a greater reason to mourn his passing than most.  Robin was a long-time member of the club, having joined in 1981 on his return to Semley from Oxford to join the family business. He was an experienced diver then and quickly proved his expertise and value to the club by taking newcomers under his wing for training.

Many of our current members, including myself, were taught by him, always putting his own jovial slant on the rather dry official instruction manuals. I remember him gently ticking me off after I had taken a bit of a risk on ascending to the surface – “Look” he said, “if you want to enjoy a pint or two after the dive, it’s a good idea to still be able to breathe when you get there.”

Like all small clubs, the members take it in turns to do their bit on the committee, but Robin seemed to be on it more or less permanently, and over the years held most of the roles, and for his last four or five years of his life Robin was the club’s very-able treasurer, a position few members want to be responsible for, but he absolutely aced that one leaving everything neat, tidy and accounted for when his successor took over.

The North Dorset Sub Aqua Club will be remembering him with a sponsored walk around the Isle of Portland on Sunday 13 May in aid of the Prostate Cancer UK charity. Those of you who would like to support us or make a contribution are welcome to join in. Check our web page: www.ndsac.co.uk and also the Just Giving site: www.justgiving.com/NDSAC

Portland has featured regularly in the club’s diving adventures and it does make a lovely walk, with superb views to the west over the Chesil Beach and The Fleet, and grand views to the east over the Harbour and beyond to Weymouth. The walk itself will be an informal affair with a start and finish, but choose your own route to suit yourself, and perhaps meet some of Robin’s old pals at one of the pubs for lunch.

Robin’s exploits as a diver will live on for many years. He enjoyed the very useful ability of being able to make his compressed air tanks last 50 percent longer than most of us, which maximised his time underwater. While he was happy grubbing about in shallower water studying the  tiny colourful creatures that abound in British waters, his real joy was exploring the many wrecks to be found deeper off the South Coast. He was never happier than  worming his way into a cabin or cargo hold in gloomy to pitch-black conditions digging his way through silt and sand, determined to discover if that part of the wreck was hiding something worthwhile.

In this photograph, he is wearing what can legitimately be called a ‘100-year-old' shirt, as it was made from material from a bolt of cloth that was raised from the Kyarra – which was torpedoed off Anvil Point, near Swanage, in 1918. Many of us in the club proudly wear such shirts, and Robin was always keen to show it off.

In 2001, the club went to the Scilly Isles, a regular destination for us, while on our way to a dive site we received a radio call from the Salvor in Possession of Nelson’s 74-gun third rate ship of the line Colossus, which had put into Scilly on its way home to London. Its main anchor cable parted during a storm, and she foundered, breaking into two halves. The forward half had been discovered in 1971, but the stern was still missing despite continuous searches.

The radio call was asking if we were interested in helping with a search where something unusual had been seen on the seabed, but could not be investigated at the time. Colossus had been loaded with many crates of Greek antiquities obtained by Nelson’s friend Lord Hamilton enroute to the British Museum. Of course, we all wanted to get involved, but it was Robin who was one of the first to actually touch the ship for the first time since 1796 – the find of a lifetime.

Robin’s dive buddy for the last ten years or so was his wife Sheena, who had taken up the sport under his guidance and tuition and had served with him on the committee.