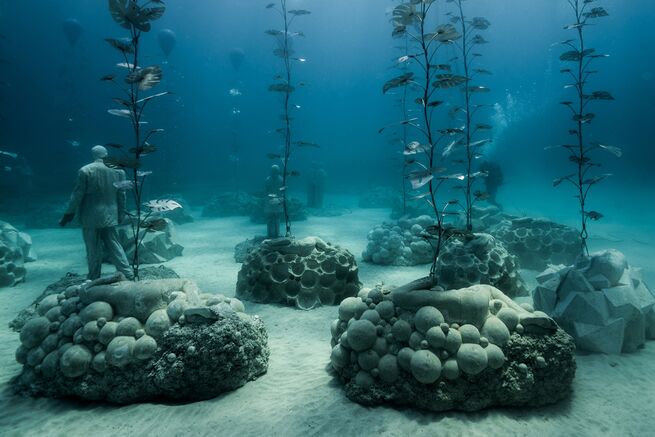 Artist Jason deCaires Taylor is certainly prolific, and his work is popping up all around the world, with the latest unveiling being the Museum of Underwater Sculpture Ayia Napa in Cyprus.

The Museum of Underwater Sculpture, or MUSAN, as it is known, opened to the public at the beginning of this month and is billed as ‘the world's first underwater forest'.

The installation, which can be found off the southeastern coast of Cyprus, is designed to tell a story to subterranean visitors (but you need to enter it at the northern end for it to make sense).

It is located in just 10m in the Pernera marine protected area, and comprises more than 130 sculptures of figures and ‘botanicals' spread out across some 170 metres of the seabed.

Jason deCaires Taylor said that his new work is ‘similar to kelp forests', in that it has vertical floating structures, so marine life will be attracted throughout the water column.