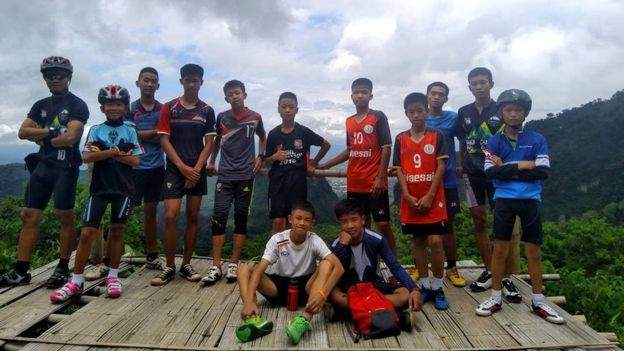 The 12 boys and their football coach who have been missing inside a cave system in Thailand for nine days have been found alive by British cave divers Rick Stanton and John Volanthen.

It was initially thought they would be found alive sheltering on an area nicknamed Pattaya Beach (after the resort), but this was flooded, and they were actually located another 450 metres further into the system.

Now the challenge is how to safely bring the 13 survivors back out of the cave, as rising water and mud is still impeding access. Efforts are still being made to drain the water from the cave, but in the meantime doctors and nurses are expected to dive into the cave to check the health of the boys and their coach.

The group of teenagers and their coach were cut off from the exit of Tham Luang – Thailand’s fourth longest cave – by flood waters on 23 June. Rescuers from Thailand, China, Myanmar, Laos, Australia, the US and the UK have been involved in the operation to locate them.

NB: Initial reports stated that Thai special forces divers made the initial contact, but actually, it was the Brits – who we reported last week had flown out to Thailand to assist in the rescue efforts – that found the missing youngsters and their coach. Thanks to Graham Barnetson for bringing the below video from the Thai Navy SEALs to our attention.